Brando Chiesa has shown the right path to success to other budding talents by becoming this prominent in the creative and artistic realms. 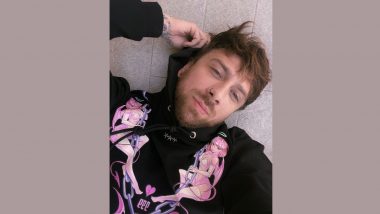 A lot has already been spoken about how a few youngsters and professionals thrive on their innate abilities to make the most of the opportunities present in front of them while also making sure to create newer ones for them in order to reach the highest realms of success in their careers and endeavours in life.

So many such talented beings from the younger brigade across the world have been striving to make a massive impact of theirs and their brand on people with the aim to stand different from their contemporaries in their respective fields.

Brando Chiesa’s name tops the list of many such extremely talented youngsters whose innate creative skills helped him create his career in the creative and artistic realms like the tattoo industry and the fashion world.

Brando Chiesa is a self-determined young talent from Florence, Italy, whose ideas and visions in design have always helped him stay unique from the rest of the world for multiple reasons. He has grown as a tattoo artist, sculptor, and illustrator having a deep passion for everything design, and thus has been able to build a robust career for himself at a very young age.

The well-recognized tattoo artist is a favourite of not just his regular clients but also the celebrities, which has effortlessly turned him into a celebrity tattoo artist who works for Hollywood. Getting inked is a decision not all make, but the ones who wish to do that always search for artists and creators who possess staggering levels of artistic passion and designs that can instantaneously make people fall in love with them. Brando Chiesa is definitely one of them who has raised the bar for other artists in the industry.

As if attaining so much in the tattoo world wasn’t enough for him, he even dived deep into the fashion world with his clothing brand Brando Chiesa and has even participated and showcased his designs at coveted fashion events and shows, which helped the tattoo artist and creative head to go further in his quest to make it huge in his career.