In early childhood, he was interested in astronomy and cosmology. Since he grew up in a large family, he couldn’t be provided with ample facilities to pursue his interests. So, at the age of 7, he was forced to work in an AV equipment repair shop and get some experience. 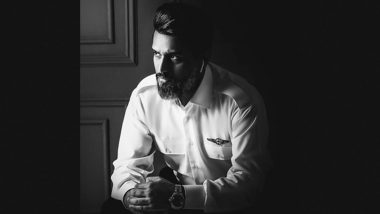 In early childhood, he was interested in astronomy and cosmology. Since he grew up in a large family, he couldn’t be provided with ample facilities to pursue his interests. So, at the age of 7, he was forced to work in an AV equipment repair shop and get some experience. Then he became interested in electronics to the level of being drowned in that field, and use every opportunity to create and design simple electronic circuits. He was hardly able to cover all the costs of the required supplies for his work. Mohammad Zeinali is one of the domestic inventors in the field of electronics and the COB of Emdad Gostar Moj Company. Through many of his efforts, he was able to register the “Hami Omid design of the cable network” as his most recent invention. Mohammad Zeinali answers the questions of an entrepreneur in this field about his inventions and success.

Mohammad Zeinali has a Ph.D. degree in Management and Telecommunications, a 40-year-old MA of Electrical Electronics who worked as a telecommunication contractor on installation and commissioning BTS mobile towers and responsiveness of 118 in Isfahan province for 3 years started from 1383. He also worked with Gostar Moj company for several years and was the production manager of Caspian Electronics, a manufacturer of electronic equipment. Furthermore, he was a designer and lecturer, teaching ideation for the elite students of Tehran, Ashura State girls High School in 1390-91, and honorary reporter of IQNA.

Currently, he is in charge of managing the television network of Esteghlal Football Club, and he has been responsible for running this network.

Reporter: When and what was your first invention?

My first invention was in 1996, although I did not register it, it was very valuable to me because by creating that thing, I found my spirit and achieved more self-confidence. By using a box of sweets and a few pieces of paper which simulated the lens of the human eye and the whole device could be used to simulate diseases such as night blindness and Astigmatic.

Reporter: Tell us about your other inventions?

I had many inventions, but due to my poor financial condition, I had to sell my designs. At first, I sold these designs to Caspian Electronics and now I am the production manager of this factory. In 1390 and 91, I registered five other projects including 1- Solar city design (eco-city), where the associated maquette is located in the Science City Museum of Shah Abdol-Azim shrine. 2- Electronic bracelet for monitoring criminals and prisoners 3- Building a radio telescope and writing a guide-book in radio telescope construction and design 4- programming a health education and lifestyle software 5- Designing and building a Phoenix central digital receiver to provide digital network without extra minor digital receivers next to the TVs in large complexes, say hotels, hospitals, prisons, etc. 6- "Hunter" drug tracker 7- Repairing the largest refracting telescope in Iran in the astronomical center of Hazrat Abdul Azim. 8- fixing the centrifuge in the Karaj University of Agriculture in 1382.

Reporter: Could you please explain your latest invention of the Phoenix Central Digital Receiver?

main features of this network are:

Reporter: Do you work in teams or individually on your projects?

The ideas were made individually, but some of the designs were completed in groups.

Reporter: If you come up with an innovation, it may be immediately copied. What do you think about copyrights rules?

Unfortunately, copyright rules are not obeyed in our country and it is yet to be commonly considered that we should not copy the works and ideas originated from individuals or groups for our profit. However, recently, good developments have been started by the Ministry of Culture and Islamic Guidance. Ideas are now registered and certificated that can be defended in court in case of violation of the registered innovations and protest against the offender.

Reporter: How do you define the term "success"?

Based on people’s perspective, a successful person has achieved his wills and is gratified due to the struggle and endeavor in life. It must also be noted that no one is successful unless they are prosperous and prosperous is the one who does something useful and valuable.

It can be declared that success means having many gifts, including welfare in life, being respected, greatness and dignity in the workplace and community, relieve being worried, frustrated, and failed. Success or achievement is the goal in life, every human being wants success and desires the best this world could give. Success is about moving forward, not about getting to the end.

Reporter: Do you believe in having up-to-date knowledge for work?

Yes. Because without modern knowledge, our ideas stand no chance to fruit. Our ideas and thoughts are innovative and up to date, so up-to-date knowledge is crucial and cannot be ignored. Let me explain this question with an example, imagine a train is moving with high velocity and you are standing at the station, if you don’t get on the train on time, the train will pass and you will lose that train which is a metaphor of developing knowledge. So, you better have up-to-date knowledge to be able to stick with the train from different stations you may stand at. This knowledge includes the recent achievements and requirements of the world today.

Reporter: Tell us about your work issues?

Lack of modern facilities and equipment in the world or their high prices is one of our significant problems. We must try hard to achieve the latest knowledge in the world because Western countries stand against our development to acquire up-to-date knowledge at all scientific levels. Both of the mentioned problems are a harsh barrier for us to reach out the up-to-date knowledge. By relying on God and multiplied efforts, Iranian youngsters, will either find or build a way to theirs wishes, and nothing can stop us.

Reporter: Rumor has it that you’re interested in flying and piloting, is that true?

Yes, completely true. I have been trained professionally through flight and piloting courses for the last two years.

Reporter: Would you please introduce the books that you have published so that those who are interested can read them?

In addition, all my publications are printed in the Jaam Jam World Institute and Ivanki University.

Reporter: Have you ever been supported by government agencies? What do you expect from the government and relevant organizations in this regard?

No. What I expect, and many others may do so, is to assign a law that provides researchers and inventors with material and spiritual support and avoid any possibility for the ideas to be copied. Although some measures have been taken into consideration so far, such as science and technology parks, the Elite Association, and the registration of ideas in the Ministry of Culture and Islamic Guidance, it is not sufficient yet and more efforts must be done.

Reporter: Have you ever received a statue or prize?

Reporter: Tell us about your perspective and plans. Do you have any new ideas?

Yes. This year, I plan to bring the drug detector device to the application which very advanced technology has been used in so that I can take a step towards making society healthier and relieved. In the shadow and blessings of the Imam-Zaman, and with the efforts of the young scientists and valuable people, I see the future of Islamic Iran is going to be bright.

Have faith in God, and ourselves and believe in our abilities can turn all youngsters into successful entrepreneurs.