Anushka opted for the classic white shirt, blue jeans combo for her visit to the doctor. She was seen wearing a mask as well as she stepped outside the car. 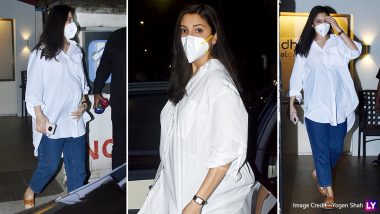 Apart from Anushka Sharma working during her pregnancy, the topic of discussion has often focused on her amazing maternity fashion. The actress has been dressing up in all sorts of chic ensembles, giving major fashion goals to all the mother-to-be out there. The actress manages to look effortlessly flawless every time she steps out and while most of the credit for it goes to the pregnancy glow, we would like to appreciate Anushka's choice of outfits as well. Keeping it casual, the actress was spotted at a clinic today and we think she nailed the breezy look like a boss. Anushka Sharma Caresses her Baby Bump and If the Sight Won't Melt Your Heart, then We Don't Know What Will.

Anushka opted for the classic white shirt, blue jeans combo for her visit to the doctor. She was seen wearing a mask as well as she stepped outside the car. She paired her casual look with a watch and a pair of brown sandals. She was clicked by the paps sans makeup but was looking every inch of beautiful in the photos. Check out the photos here: 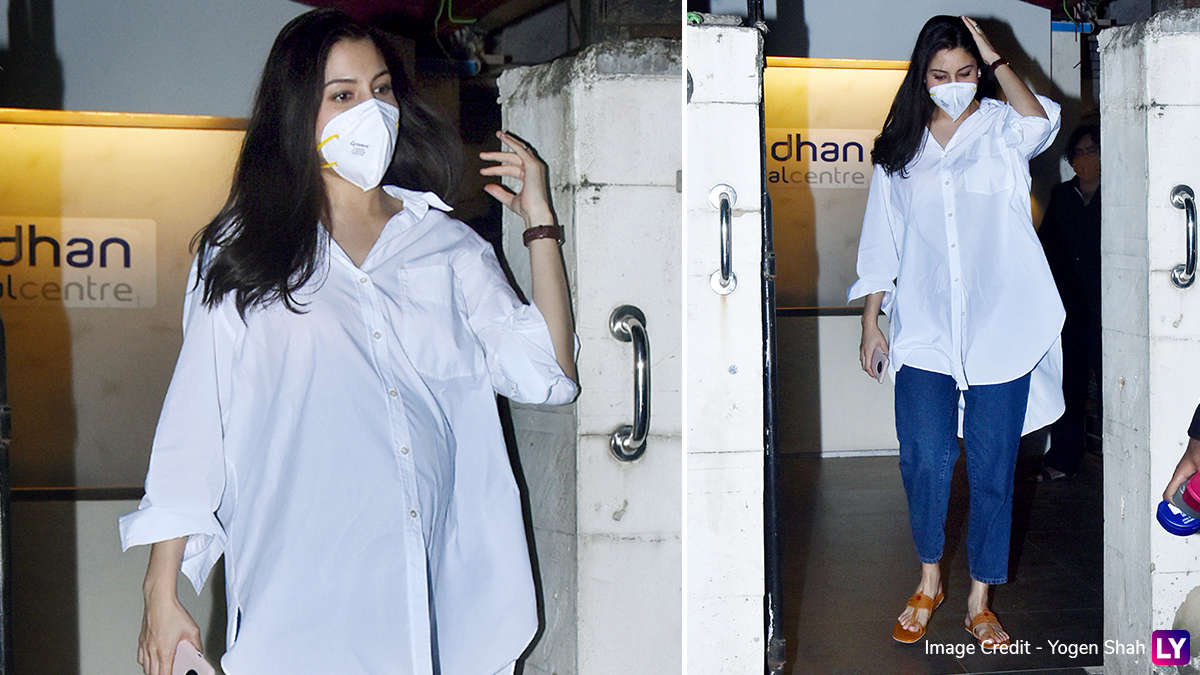 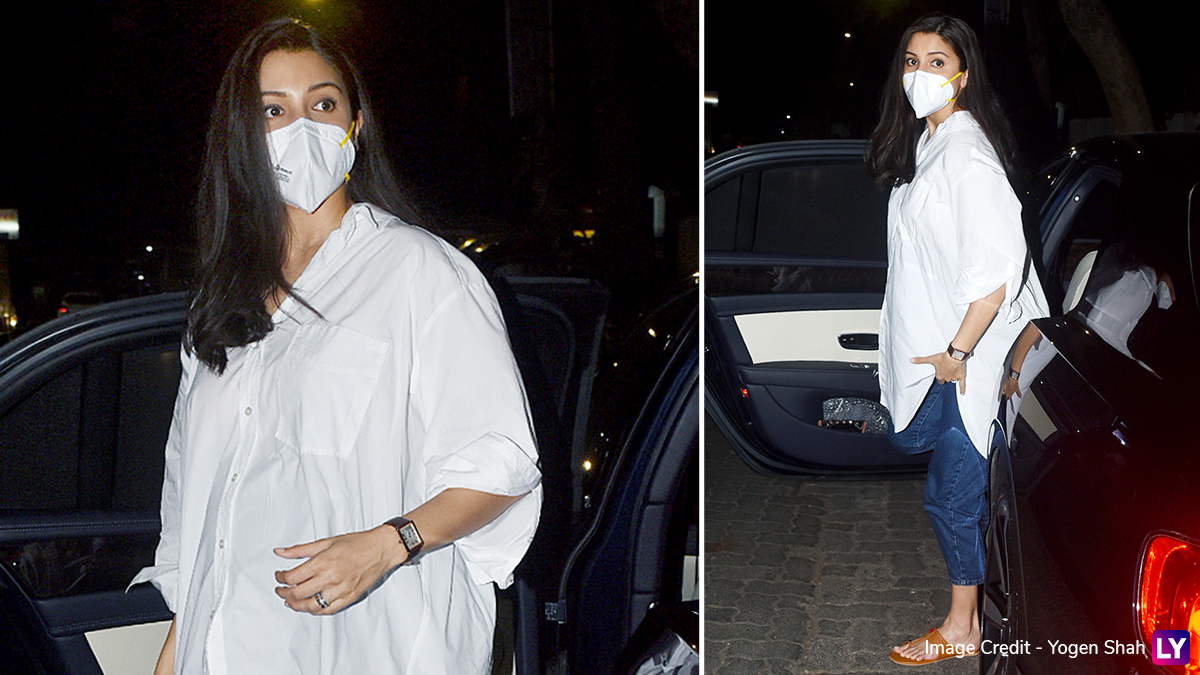 Opening up about becoming parents, Anushka told Vogue, “There are so many similarities in the way we are as people and the way we approach life. So I do think that will work for us. I’ve been thinking about it before I even became a parent. Conditioning is the most important role in how we see the world. I come from a progressive background, so that will always be a part of our home." 'Anushka Sharma is Pregnant With Junior Virat Kohli' Predicts a Leading Hindi Daily! Twitterati Trolls Them For Posting Unverified News in Best Possible Way.

Anushka is all set to deliver her baby this month with hubby Virat Kohli, returned to India after India vs Australia test series to be by wifey's side. The duo rang in the New Year together with Hardik Pandya and wife Natasa Stankovic and a few other friends.

(The above story first appeared on LatestLY on Jan 04, 2021 11:05 PM IST. For more news and updates on politics, world, sports, entertainment and lifestyle, log on to our website latestly.com).