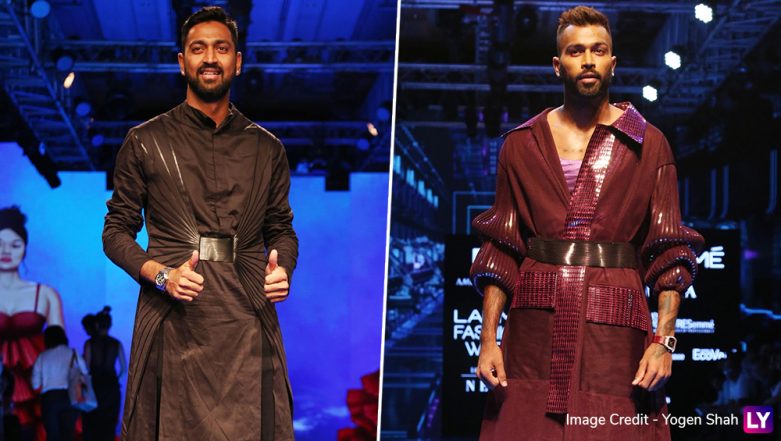 Pandya brothers dazzled the ramp on day two of Lakme Fashion Week (LFW) 2019. Hardik Pandya and Krunal Pandya were the showstoppers for Amit Aggarwal alongside model and actress Lisa Haydon in the LFW Winter/Festive 2019 edition held at St. Regis in Mumbai. The three showcased Aggarwal’s 'Flux' collection. Hardik has been rested from India’s Tour to West West Indies, while Krunal returned after playing the three-match T20I series. LFW Winter/Festive 2019: Hardik Pandya and Lisa Haydon to Walk For Amit Aggarwal at Lakme Fashion Week.

The junior Pandya, who is renowned in the cricket universe for his exuberant and loud style, looked extremely confident and took to walking the ramp like hitting sixes in the cricket ground. He is already a poster boy of the Indian cricket team for his flashy and party style clothing. In the manner, Hardik walked the ramp, bubbling with confidence and presenting a macho look, it showed that if not a cricketer, modelling could have very well been his forte. Lakme Fashion Week Winter/Festive 2019 Schedule: Dates When Katrina Kaif, Kareena Kapoor Khan & Others Will Walk for Designers at LFW.

Hardik Pandya dazzles in the Ramp 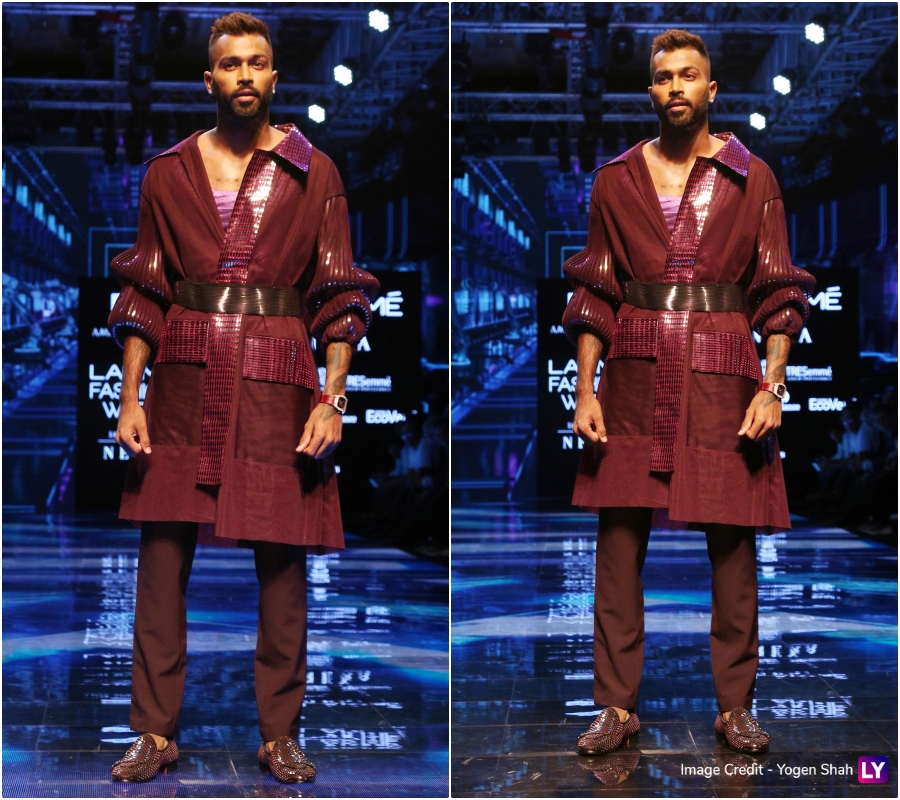 Krunal, on the other, was calm and natural as he made his maiden appearance in the ramp. The elder of the Pandya brothers has just returned from a victorious T20I series victory in the Caribbean Island. His all-round exploits in the second T20I game even earned him a Man of the Match and helped clean sweep the T20I series 3-0. 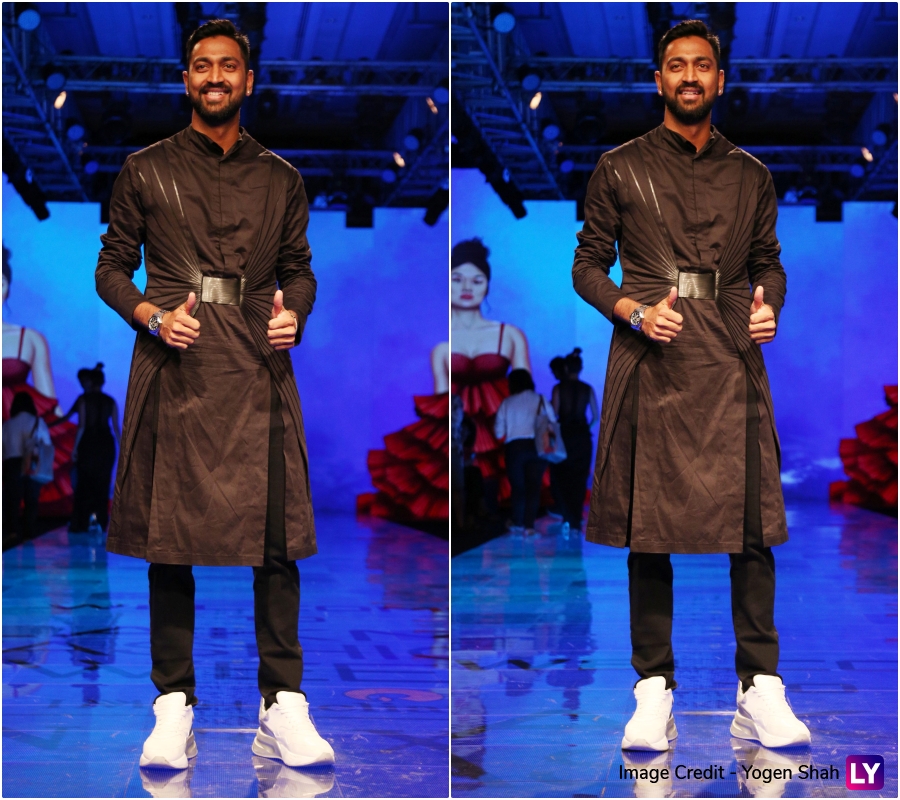 The Showstoppers and Amit Aggarwal 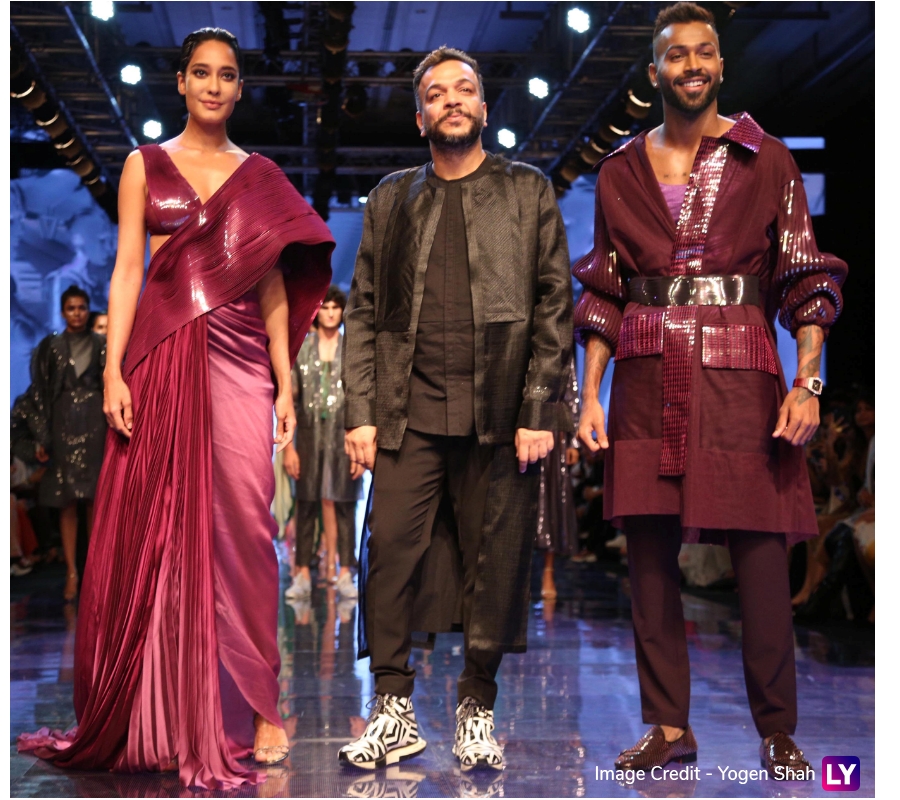 Meanwhile, designer Aggarwal' Flux' collection is presented in association with R-Elan, Reliance Industries Limited's textile arm. Known for repurposing materials, the designer has created outfits from PET bottles. They have been engineered into a textile to make the luxury pret womenswear, ranging in hues of emerald, petrol, purple and plum with neutrals like gold, blush, silver and ivory.