While she's busy being a doting mother, Priyanka Chopra Jonas is also making headlines for her new Harper's Bazaar Arabia photoshoot that has her posing in some of the most glamorous pictures in tulle. 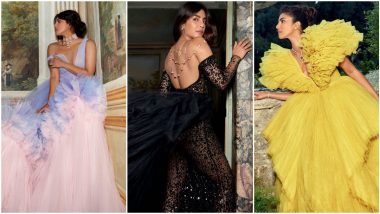 Priyanka Chopra Jonas is on a different tangent these days. Well, why shouldn't she? She has recently welcomed her first child, a baby girl with husband Nick Jonas and she's certainly looking forward to spending all her time with her precious little one. And while she's busy being a doting mother, Priyanka is also making headlines for her new Harper's Bazaar Arabia cover that has her posing in some of the most glamorous pictures in tulle. Fashion Faceoff: Priyanka Chopra Jonas or Margot Robbie, Whose Sheer Black Outfit Did You Like More?

Priyanka looks like an enchanting goddess in her yellow sculptural ballgown from the house of Nicole Felicia. The actress loves her elaborate trains and we have seen her ace them in the past. The dramatic bodice of her outfit is smartly paired with an elegant necklace and a messy bun that won't interfere with her already decorated outfit. Next in line, is yet another charming piece from the same designer choice in a combination of powder blue and bubblegum pink. While the combination itself had our heart, its over-the-top design made it look even more glamorous.

PeeCee was next seen posing in a sheer black backless outfit with an elaborate train attached to it. She looked like the perfect seductress that she is and we bet she soared some temperature in the room while posing in it. Priyanka Chopra Jonas Sizzles, Shines and Takes Her Glam Quotient a Notch Higher In This Vanity Fair Photoshoot. 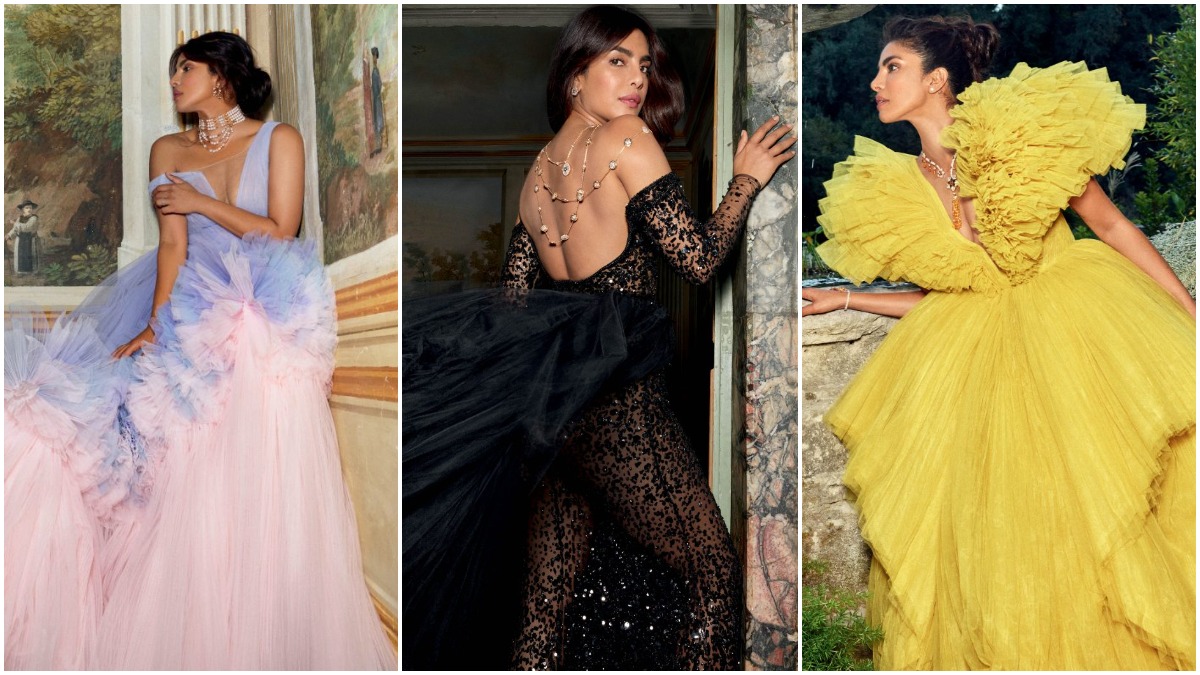 Priyanka in her new interaction also elaborates on why she's looking forward to her next Hollywood release. Text For You is essentially a rom-com and also Celine Dion's acting debut. While she has worked in many rom coms in Bollywood, this is the first time she'll be attempting it in Hollywood and that sounds exciting in itself.

(The above story first appeared on LatestLY on Feb 02, 2022 04:35 PM IST. For more news and updates on politics, world, sports, entertainment and lifestyle, log on to our website latestly.com).