Rasika Dugal in All Chic Black Is Our Forever Much Loved Mood! 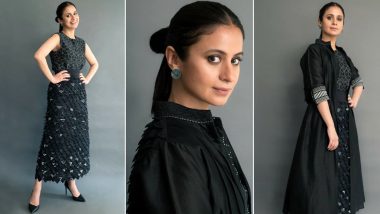 She is a delight! On-screen and off-screen! Rasika Dugal, beautiful inside out, multifaceted and an abundance of talent, this Delhi girl never ceases to amaze us with her spontaneity and versatility. In a career spanning 10 years that has seen her conquer and transition from the then-nascent digital domain to meatier roles in one-of-a-kind movies, Rasika can be rightfully said to be a thinking audience's delight. As lucid as it can get, Rasika blends in seamlessly into any given role and portrays it with the utmost earnest passion. On the fashion front, Rasika compliments her rich filmography with a chic fashion game featuring homegrown labels and designers. For the Kapil Sharma show, she enlisted the styling precision of Sahil Gulati with an ensemble by Pallavi Singh. The all-black style, definitely our forever mood was chic and replete with a befitting glam and hair game.

The infallible black in addition to being a perfect style statement for every mood is also a versatile vibe. Here's a closer look at Rasika's interpretation. Rasika Dugal Etches the Journey of Passion With a Shot at Home Cover for Candy Magazine!

An all-black style featuring a porcupine skirt, printed shirt and a black jacket was teamed up with pumps, a knotted hairdo, smokey eyes, nude lips and contrasting blue earrings. Rasika Dugal Cannes Nostalgia: Ethno Cool and a Worthy Muse for Homegrown Labels, This Is How the Manto Actress Rolled in the French Riviera! 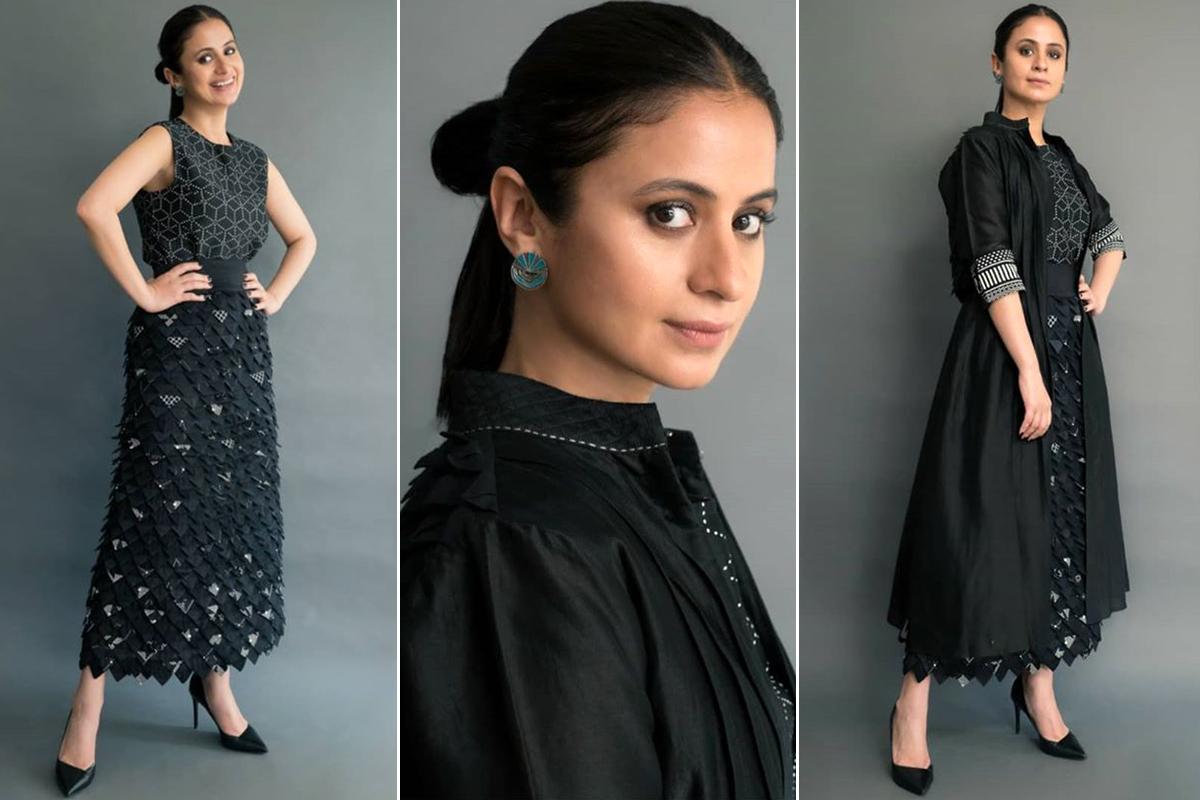 On the professional front, Rasika was last seen in the comedy-drama, Lootcase alongside Kunal Khemu, Vijay Raaz and Ranvir Shorey in supporting roles. She will also be seen in Darbaan, a drama also featuring Sharib Hashmi, Sharad Kelkar, Flora Saini and Harsh Chhaya that follows the story of a master and his caretaker. She was also seen in A Suitable Boy, a drama miniseries written by Andrew Davies, adapted from the novel of the same name by Vikram Seth, directed by Mira Nair and starring Tabu, Ishaan Khatter, Tanya Maniktala, Rasika Dugal, and Ram Kapoor. The series follows the story of spirited university student Lata (played by Tanya Maniktala), coming of age in North India in 1951.

(The above story first appeared on LatestLY on Sep 24, 2020 05:00 PM IST. For more news and updates on politics, world, sports, entertainment and lifestyle, log on to our website latestly.com).