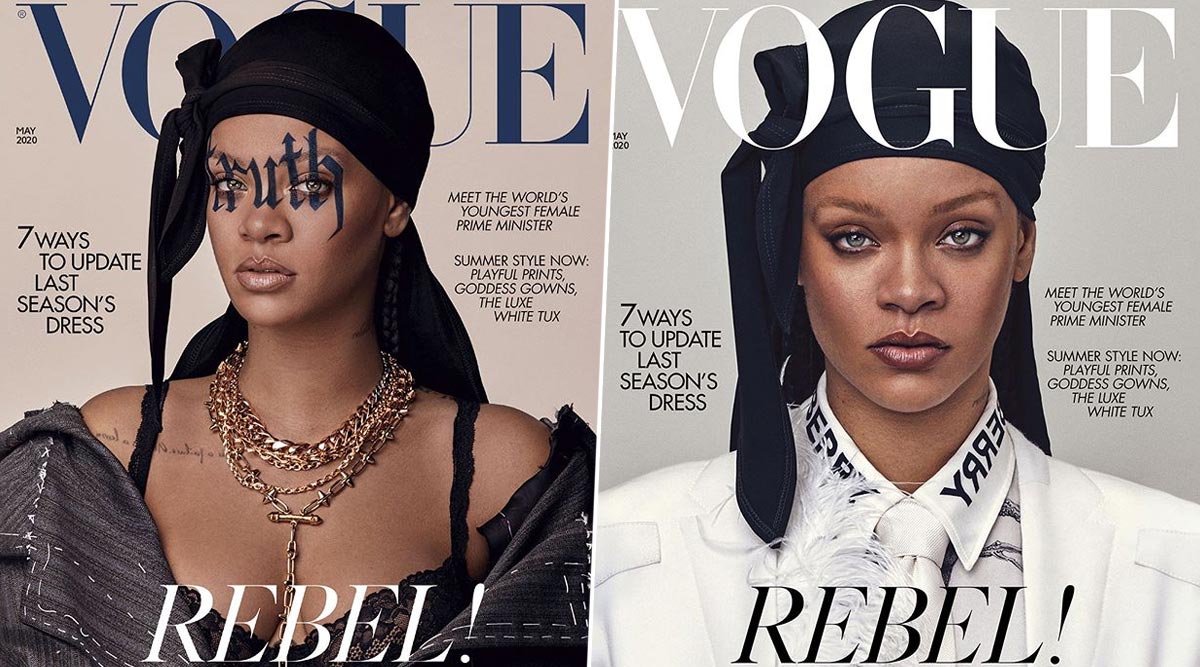 The world popular singer Rihanna like always has made the world stop and look at her. Riri scripted history by becoming the first woman to appear on the cover of British Vogue May 2020 wearing a durag. It is not the first time Rihanna has worn the garment. She had worn a  Swarovski encrusted Adam Selman dress with a crystal durag at the 2014 Council of Fashion Designers of America awards. Durag or Do-rag is a scarf which has a history among black American women. The piece of cloth was originally worn by poor African American women labourers and slaves in the 19th century. It was earlier worn to maintain hairstyles and help the development of braids, waves and deadlocks. Rihanna Birthday Special: Dear RiRi, Please 'Take a Bow' for Your Remarkable Fashion Outings (View Pics)

Rihanna shared the cover pictures on her Instagram witht with the captioon, "Gang back in da Stu!! @Edward_Enninful and I are back at it again with @StevenKleinStudio for the May 2020 cover of @BritishVogue available Friday, April 3rd!" Billy Porter Makes a Dramatic Entrance at the London Fashion Week With Impeccable Style (View Pics)

Rihanna on May 2020 Cover of British Vogue:

Explaining the significance of durag, Contributing editor Funmi Fetto in a Vogue says that durag was used to "suppress black women’s beauty and distinguish their lowly, inferior status as labourers." She writes, "Today, the durag, an iteration of the head cloth birthed in oppression, is a celebration of black culture." She further adds, "The tainted fabric has been reclaimed as a symbol of black beauty, a signifier of style worn on the streets, the catwalk, the red carpet… And now, in a powerful mic-drop moment, the durag is making its first appearance on the May 2020 cover of British Vogue, worn by Rihanna."