After wooing our hearts in her red hot Alexander McQueen dress, Sonam K Ahuja stepped out in a chic white maxi dress paired with a smart trench coat by Emilia Wickstead. 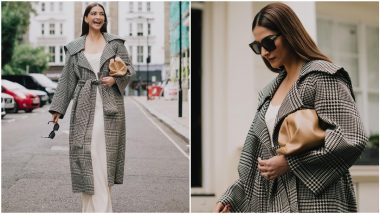 Sonam Kapoor sure knows how to make heads turn. The Neerja actress who's in London these days is busy making some chic appearances and we can say, we are certainly smitten by them. A fashionista who's always on the roll, Sonam is a name that's quite popular in the fashion circle. She eats, breathes and sleeps fashion and there's no one who does couture like her. With her sister, Rhea Kapoor, by her side, the Khoobsurat girl has managed to put her best foot forward, all time, every time.

After wooing our hearts in her red hot Alexander McQueen dress, Sonam K Ahuja stepped out in a chic white maxi dress paired with a smart trench coat. She picked a white row slip dress and paired it with a checkered Emilia Wickstead coat. She kept the rest of her styling simple by pairing it with a beige coloured handbag, gold hoops and straightened blow-dried hair. A rather chic outing that exuded all the British fashion vibes. Fashion Faceoff: Katrina Kaif or Sonam Kapoor - Who Looked More Stunning in her Black Corset Dress? 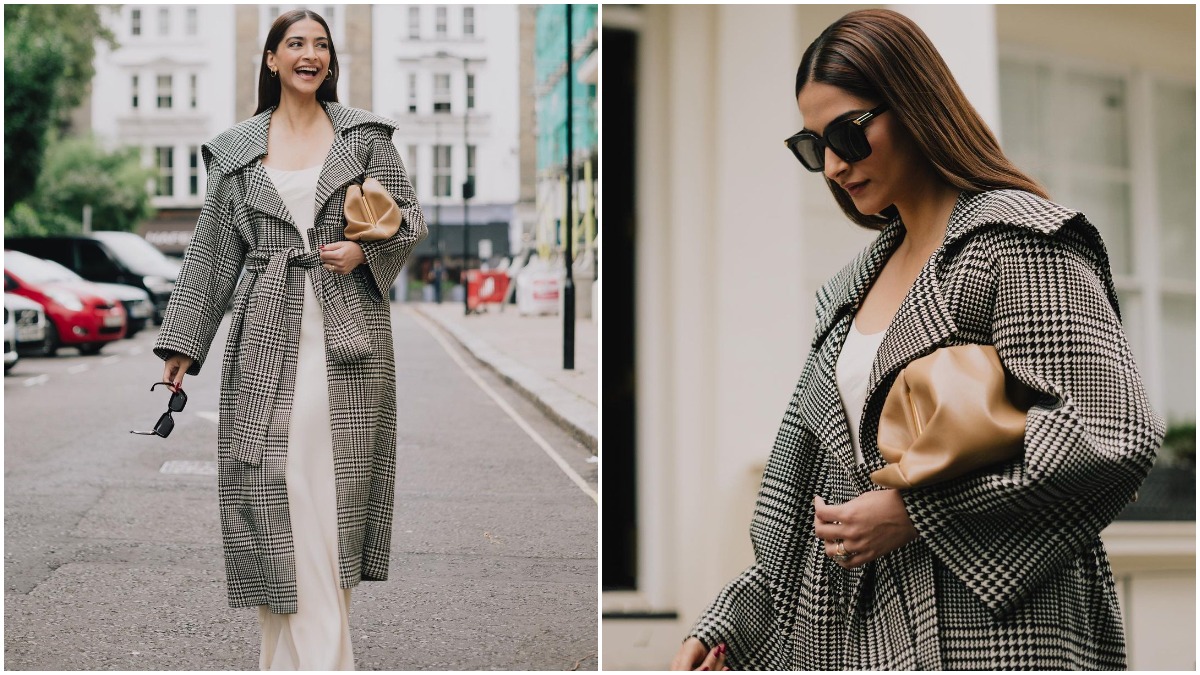 Sonam who was in India for a brief period of time, attended her sister's wedding while also making many other appearances. Her return did make us realise how much did we miss her all these months. While she's missing from the Bollywood scenario for the longest of time, Kapoor has already shot for a movie backed by Sujoy Ghosh and is awaiting its release. On that note, here's hoping that she announces her next filmy outing very soon.

(The above story first appeared on LatestLY on Sep 23, 2021 09:35 PM IST. For more news and updates on politics, world, sports, entertainment and lifestyle, log on to our website latestly.com).