Sonam Kapoor Ahuja Is Haute, Happening and Couturing up Sartorial Perfection in Elie Saab and Valentino! 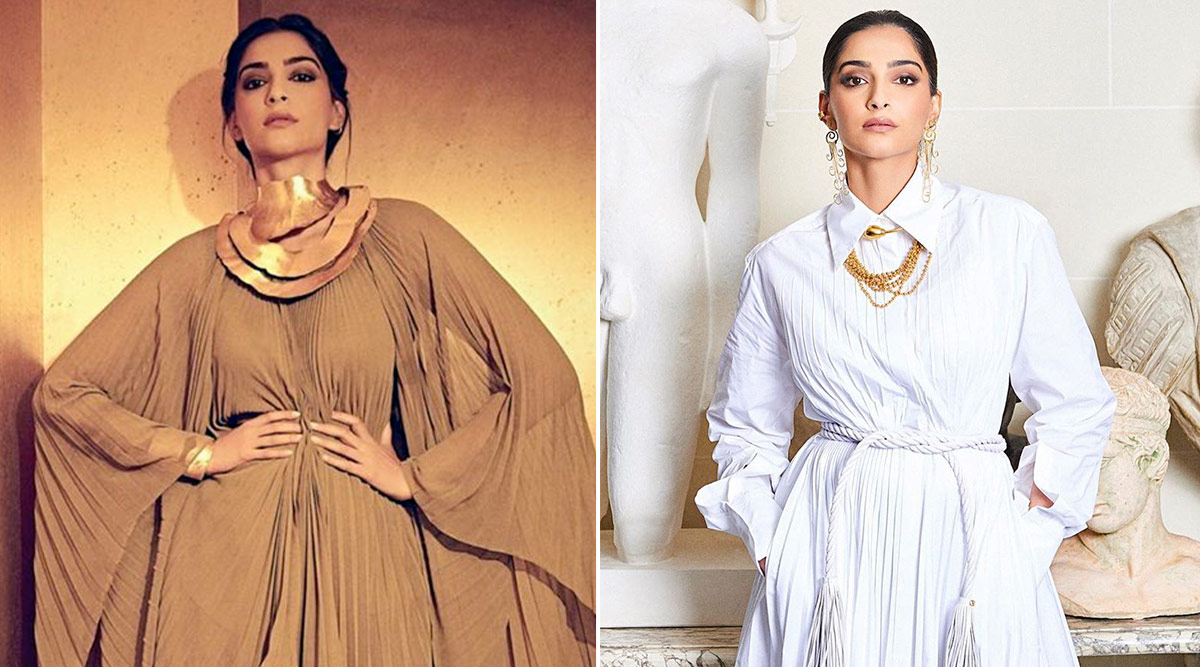 Sonam Kapoor, the resident fashionista of Bollywood and her marvelous rendezvous with Haute Couture is always a notch up. There is a plausible reason why her undeniably sophisticated fashion game enchants us all. For starters, her co-conspirator and a maverick is sister Rhea Kapoor whose sharp gaze for making a poignant point with fashion always finds a befitting muse in Sonam. On her part, Sonam goes on to imbibe the varied vibes of exoticism, sartorial and distinct style plays as the occasion demands. Quite rightly, her forte lies in bringing to the fore, some of the most sought-after luxury brands in exciting colors, interesting silhouettes, and dazzling cuts. The ongoing Haute Couture Week 2020 in Pairs saw Sonam Kapoor Ahuja stir up the sassiest storm in what can be described as the perfect couture - Elie Saab pleated creation. She turned to the subtle and always powerful hue, white in a Maison Valentino dress.

The Haute Couture Week is when the fashion's elite descend upon Paris twice a year with couturiers showcasing their innate creativity sans the functionality of ready to wear ensembles. Not just making an appearance, but reaffirming the belief that not only does she ace but also pushes the sartorial borders with her keen sense of style play, whether on the home turf or the international scene, here is a close look at Sonam's style moment.

It was a pleated creation by Elie Saab teamed with gold-toned jewellery from the latest Rhea Kapoor x Pipa Bella. Defined eyes, nude lips and a textured braid with loose stray strands completed her vibe. Sonam Kapoor Ahuja's Winter Wardrobe is So Chic that We Don't Mind Stealing it. 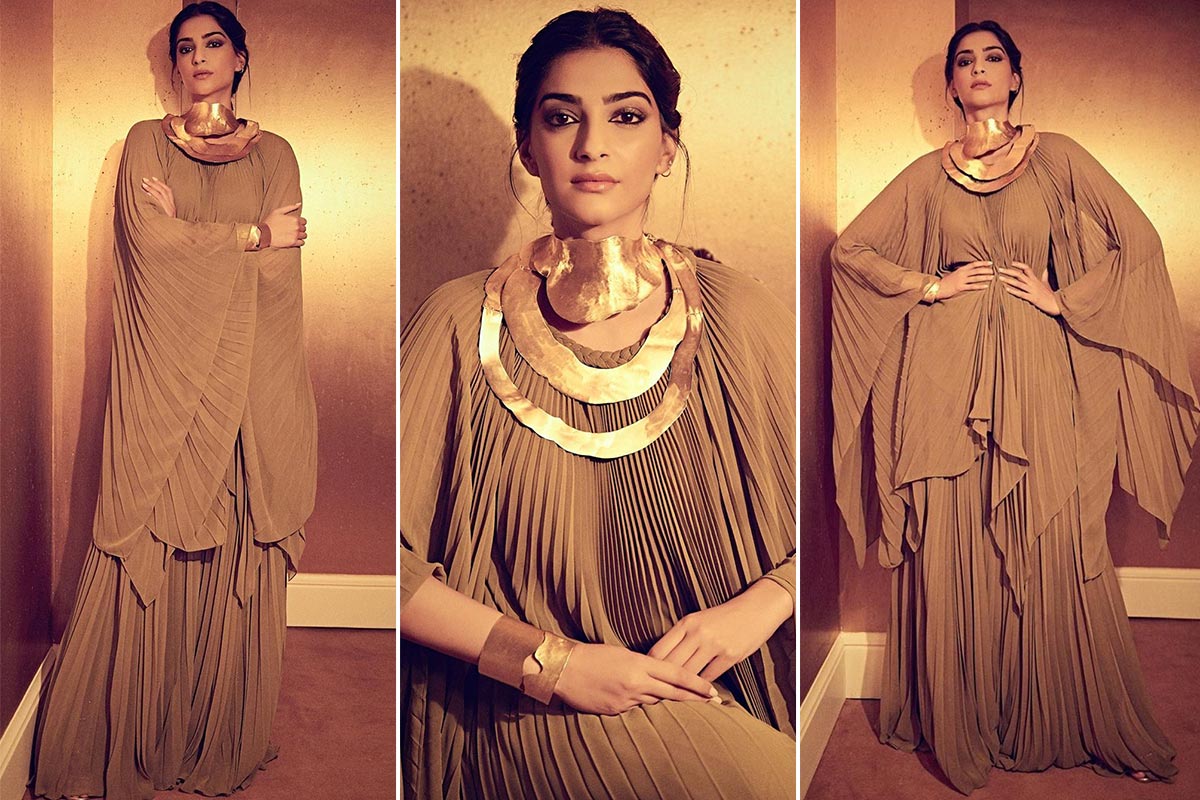 A Maison Valentino white toned gown with Grecian vibe of a rope belt, the bold collar was complemented with oodles of gold-toned jewelry by Amrapali, dewy makeup and a low back hairdo. Winter Fashion 2019: Sonam Kapoor’s Hot Style Ideas to Keep You Warm This Season! 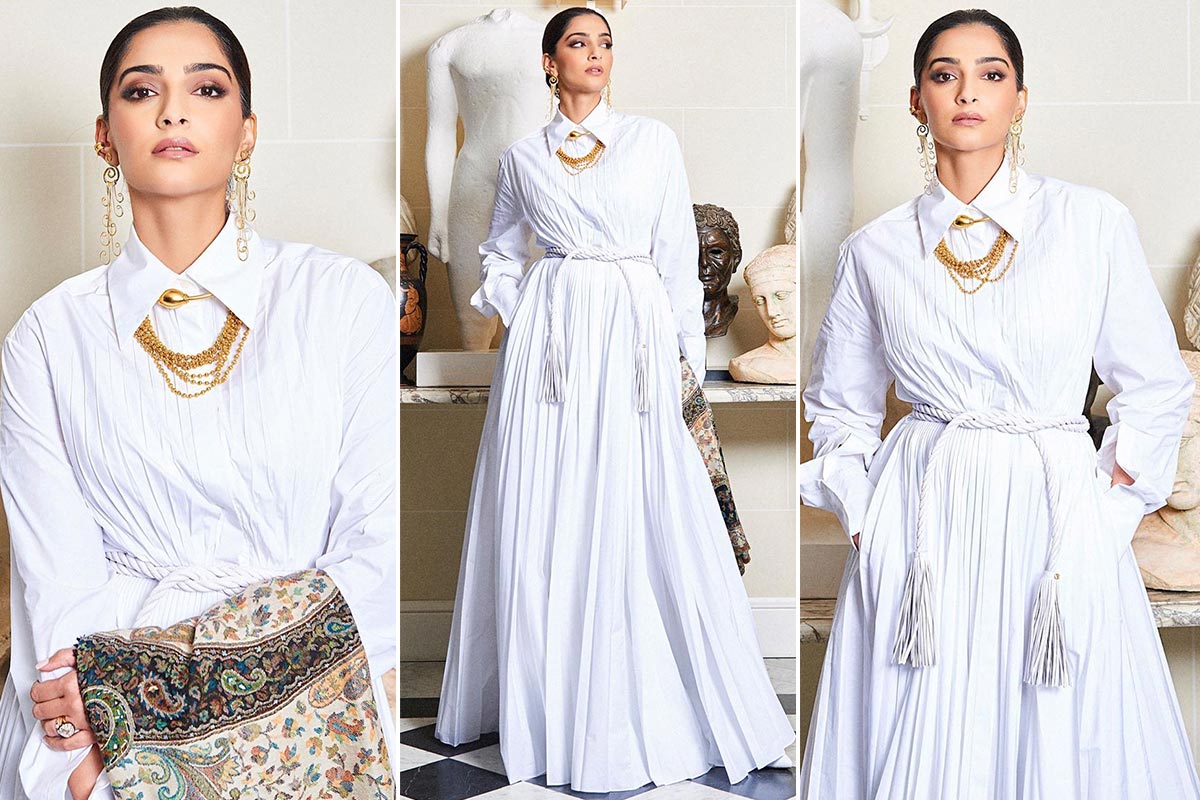 While casual styles come easily for the duo, the red carpet appearances are their forte, with Rhea curating the style and Sonam executing them with enviable panache. Sophistication) is a constant underlying vibe of all their shenanigans.

On the professional front, Sonam Kapoor was last seen as Zoya Singh Solanki in The Zoya Factor with Dulquer Salmaan.