Chhatrapati Shivaji Maharaj Terminus was opened for public on June 20 in 1887. On the anniversary of its inauguration, know historical facts about CSMT. 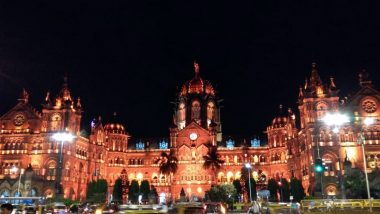 The Chhatrapati Shivaji Maharaj Terminus was built to replace the Bori Bunder railway station, in the Bori Bunder area of Mumbai, formerly known as Bombay. The station was designed by British born architectural engineer Frederick William Stevens, and was named Victoria Terminus, after the then reigning Empress of India, Queen Victoria. In 1996, the station was renamed as Chhatrapati Shivaji Terminus in honour of Shivaji, the 17th-century founder of the Maratha Empire.

The word 'Maharaj' was added in the station's name in 2017. However, both the former initials "VT" and "CST" are commonly used. The style of Chhatrapati Shivaji Maharaj Terminus is similar to other public buildings of the 1870s in Mumbai, such as the Elphinstone College but especially the buildings of Mumbai University. It took ten years to complete construction of the station, the longest for any building of that era in Mumbai.

CSMT has a total of 18 platforms; seven platforms are for suburban local trains and eleven platforms (platform 8 to platform 18) are for long-route express trains. Air-conditioned dormitories were inaugurated at CST on 16 April 2013. The facility has 58 beds for men and 20 for women.

(The above story first appeared on LatestLY on Jun 20, 2020 09:00 AM IST. For more news and updates on politics, world, sports, entertainment and lifestyle, log on to our website latestly.com).