Finland's Independence Day 2020: Date, History and Significance of The Observance 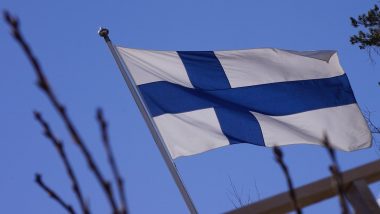 Finland's movement of Independence started after the revolutions in Russia, "caused by disturbances inside Russia from hardships connected to the First World War. This gave Finland an opportunity to withdraw from Russian rule. After several disagreements between the non-socialists and the social-democrats over who should have power in Finland, on December 4, 1917, the Senate of Finland, led by Pehr Evind Svinhufvud, finally made a Declaration of Independence which was adopted by the Finnish parliament two days later," according to Wikipedia.

The first independence day was celebrated in 1917. However, during the first year of Independence, December 6 in some parts of Finland was only a minor holiday "compared to 16 May, the Whites' day of celebration for prevailing in the Finnish Civil War. The left parties would have wanted to celebrate 15 November, because the people of Finland (represented by parliament) took power 15 November 1917. When a year had passed since the declaration of independence, 6 December 1918, the academic people celebrated the day," Wikipedia said.

On Independence day, families light two candles at their homes According to a popular legend, lighting two candles at homes is used as a sign to inform Finnish soldiers that will offer shelter and hide them from Russians.

(The above story first appeared on LatestLY on Dec 06, 2020 07:00 AM IST. For more news and updates on politics, world, sports, entertainment and lifestyle, log on to our website latestly.com).