India on Monday will celebrate its 75th Independence Day, with the usual pride to mark its freedom from British rule. Check out our compilation of messages, quotes, HD images and greetings below. 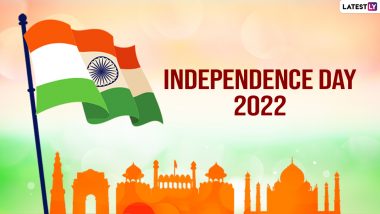 India achieved freedom from the United Kingdom 75 years ago, on August 15 1947. The remarkable date is marked as Indian Independence Day annually with parades, rallies and cultural events celebrating the country's traditions, accomplishments and citizens. As per the yearly custom, the nation's Prime Minister will hoist the National Tricolour Flag at Delhi's Red Fort, which will be followed by a speech and patriotic events. The government office has declared Independence Day 2022, which falls on Monday, August 15, as a national holiday when banks, stores, post offices and academic institutions will remain shut. India's gaining of liberty was a historical tale that is our present; as the struggle for freedom was long and challenging, witnessing the sacrifices of many freedom warriors who laid their lives on the line. Independence Day 2022 Office Bay Decoration Ideas: From Tricolour Balloons to Tiranga Rangoli Design, 5 Ideas for Best Office Decorations.

India's freedom struggle has been an inspiration to many as the long campaign to liberate the country involved years of fight and many lives. The Britishers ruled the country for about a hundred years, and it was in 1757 when the East India Company won the battle of Plassey. Our nation faced a long campaign to gain independence, which is why every individual should understand the significance of the occasion. Let's pledge to fulfil our bare minimum duties towards the country and respect the land of colourful heritages and cultures. Promote the importance of the event by sharing quotes, wishes, images, sayings, SMS and thoughts on your social media accounts. Check our collection! Independence Day 2022 Rangoli Designs: Easy Tiranga Images and Swatantrata Diwas Rangoli Patterns To Add Patriotic Vibes to 15th August Celebration (Watch Videos). 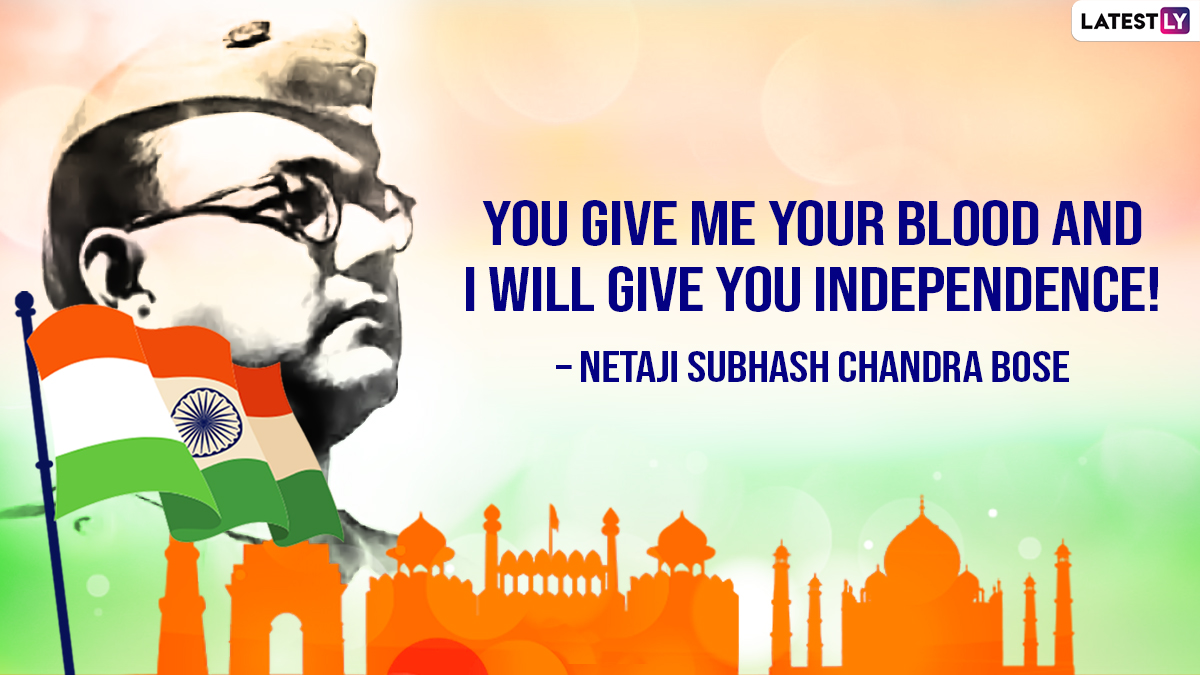 H.D. Image Reads:  You Give Me Your Blood and I Will Give You Independence! – Netaji Subhash Chandra Bose 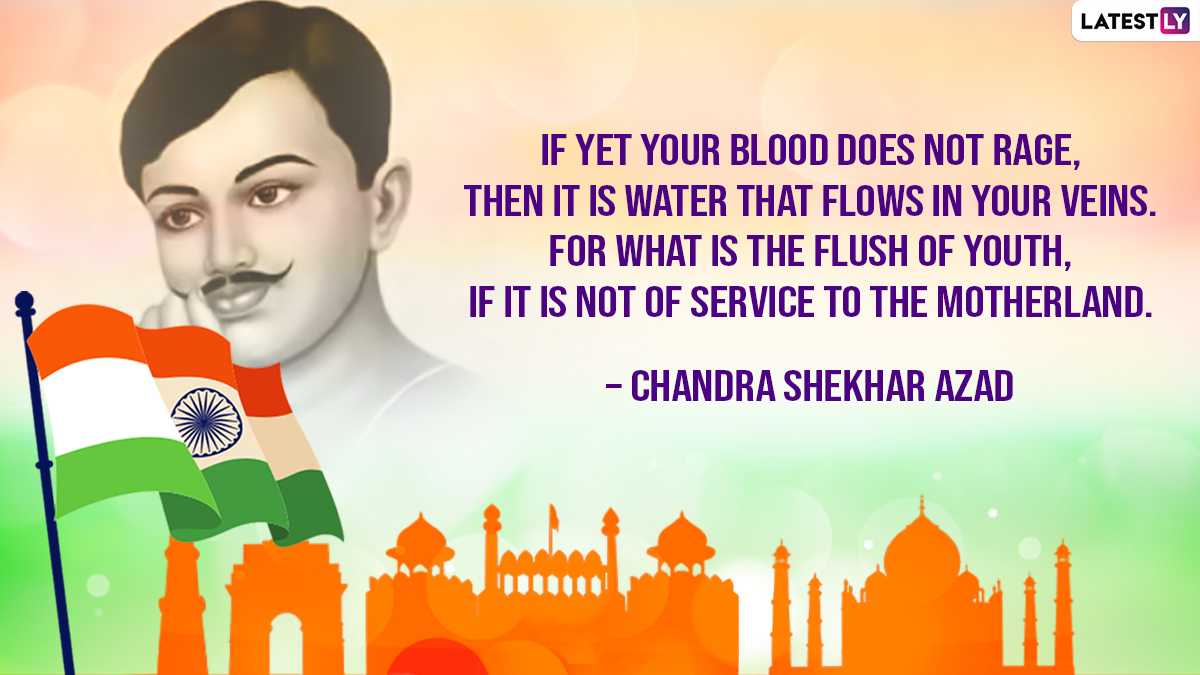 H.D. Image Reads:  If Yet Your Blood Does Not Rage, Then It Is Water That Flows in Your Veins. For What Is the Flush of Youth, If It Is Not of Service to the Motherland. – Chandra Shekhar Azad 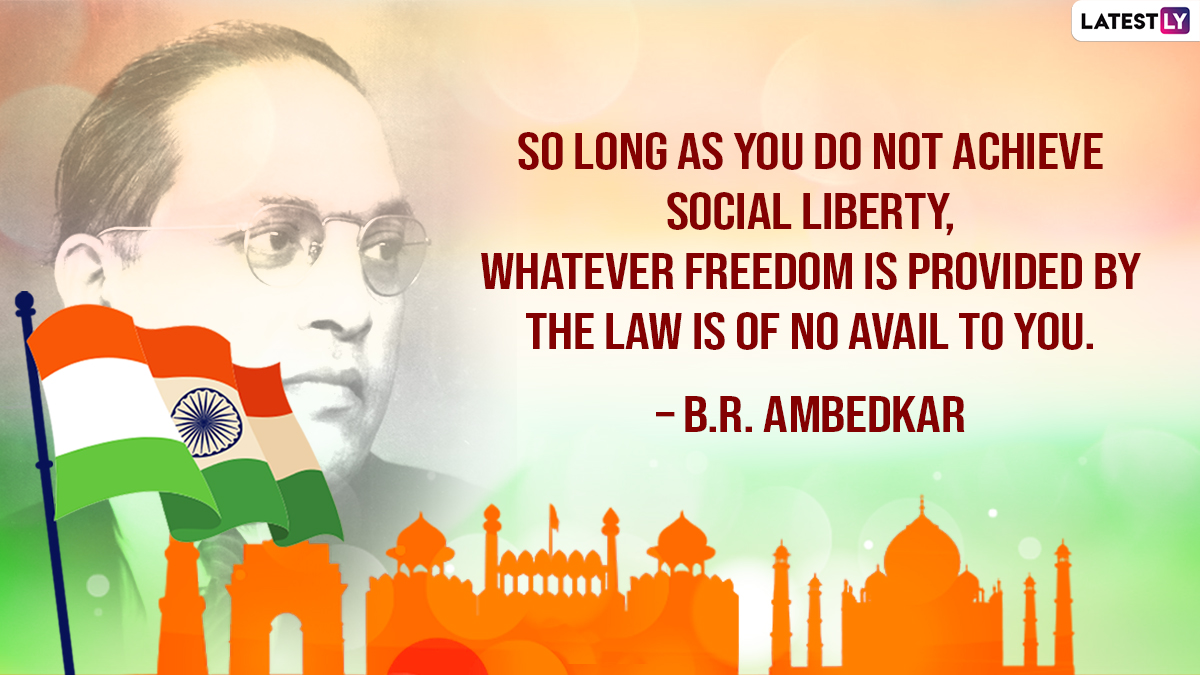 H.D. Image Reads: So Long As You Do Not Achieve Social Liberty, Whatever Freedom Is Provided by the Law Is of No Avail to You. – B.R. Ambedkar 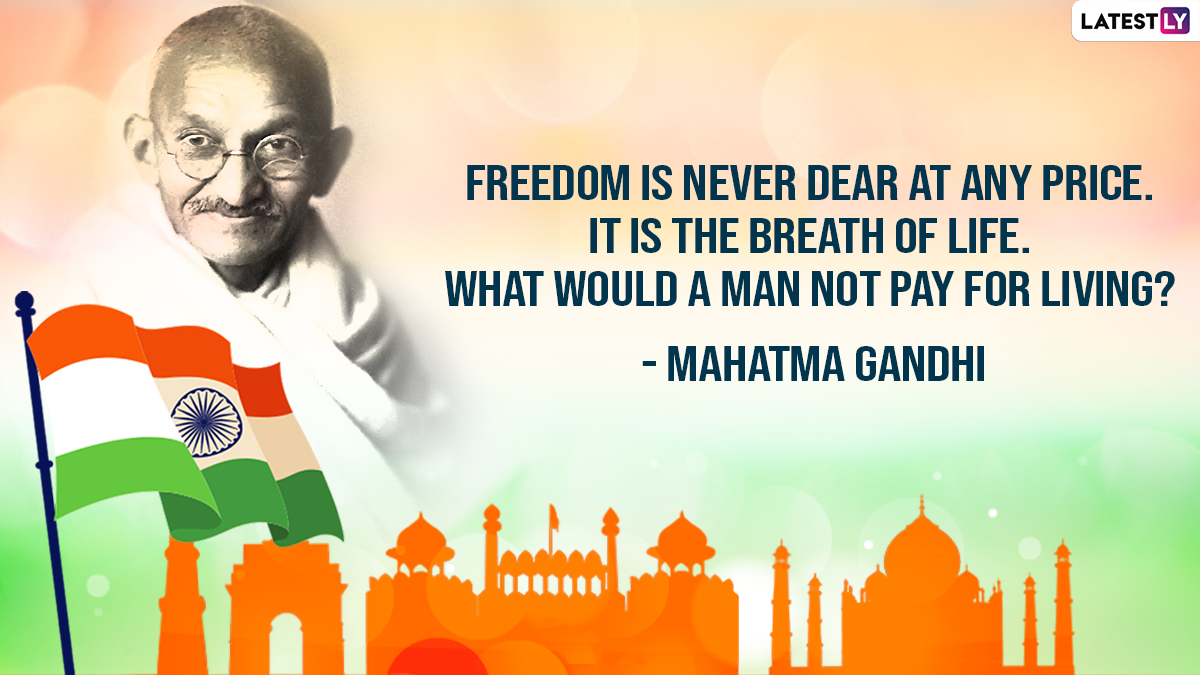 H.D. Image Reads: Freedom Is Never Dear at Any Price. It Is the Breath of Life. What Would a Man Not Pay for Living? - Mahatma Gandhi 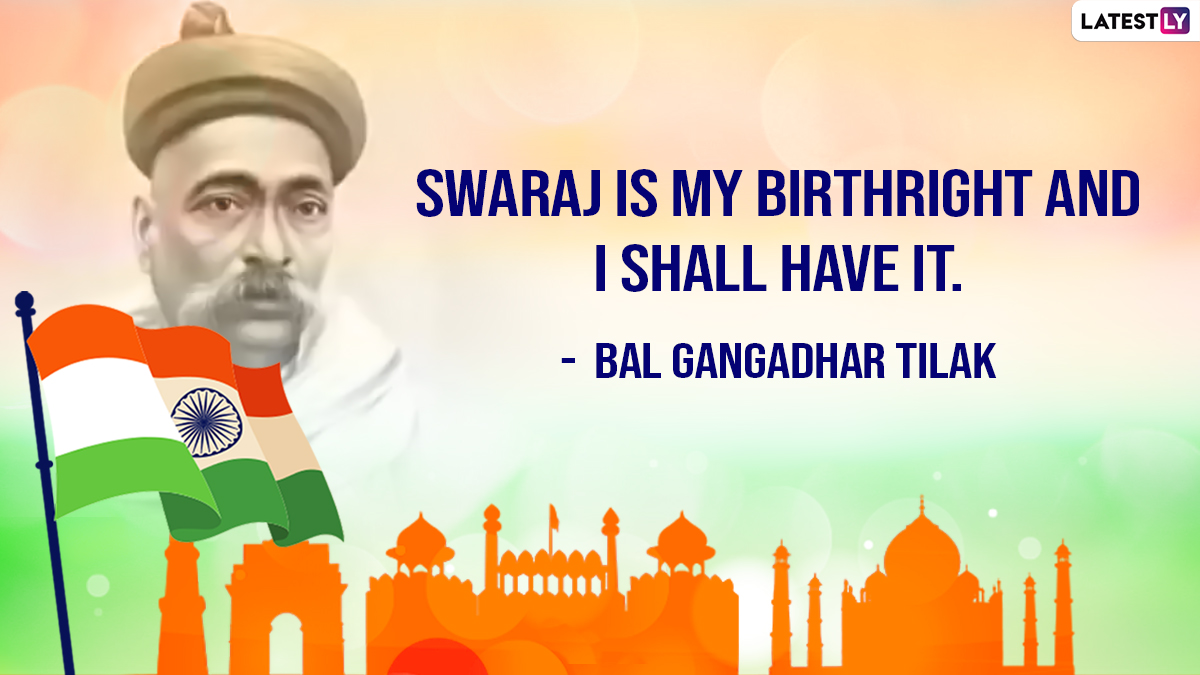 H.D. Image Reads: Swaraj Is My Birthright and I Shall Have It. -  Bal Gangadhar Tilak

Every year, we celebrate the national event with various functions like the parade by the Indian Army, Navy and Air Force at the Red Fort. Most importantly, Independence Day is noteworthy as it reminds us of many sacrifices by the freedom fighters to liberate the nation.

(The above story first appeared on LatestLY on Aug 14, 2022 11:14 AM IST. For more news and updates on politics, world, sports, entertainment and lifestyle, log on to our website latestly.com).