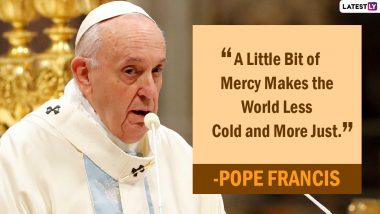 Jorge Mario Bergoglio was elected the 266th pope of the Roman Catholic Church in March 2013. He is the first pope from the Americas and the first Latin American to lead the Roman Catholic Church. He was born on December 18, 1936, in Buenos Aires, Argentina. Prior to his election as pope, Bergoglio served as archbishop of Buenos Aires from 1998 to 2013, as cardinal of the Roman Catholic Church of Argentina from 2001 to 2013, and as president of the Bishops' Conference of Argentina from 2005 to 2011. He was named 'Person of the Year' by Time magazine in 2013. He is known for his humility and support of the poor and marginalised people. He has also spoken about political diplomacy and environmental advocacy. Pope Francis's birthday is marked by various charitable events every year. As the 'people's Pope' turns 84, we bring to you some of his popular quotes. Pope Francis to Visit Iraq in March 2021, His First Foreign Trip Since Coronavirus Pandemic

Pope Francis graduated from a technical school as a chemical technician before beginning training at the Diocesan Seminary of Villa Devoto. In March 1958, he entered the novitiate of the Society of Jesus. From 1964 to1965, the Pope taught literature and psychology at Immaculate Conception College in Santa Fé. He is known for regularly smiling next to his fans' outstretched arms which is not common among the past popes. He is not a fan of the popemobiles and refers to them as 'sardine cans' as he likes to be closer to people. He likes cruising around in vehicles like Fiats and Jeep Wranglers. Meanwhile, here are some of his quotes to send on his occasion. Palm Sunday 2020: Pope Francis Celebrates Mass Without Public in St Peter's Square Amid Coronavirus Pandemic. 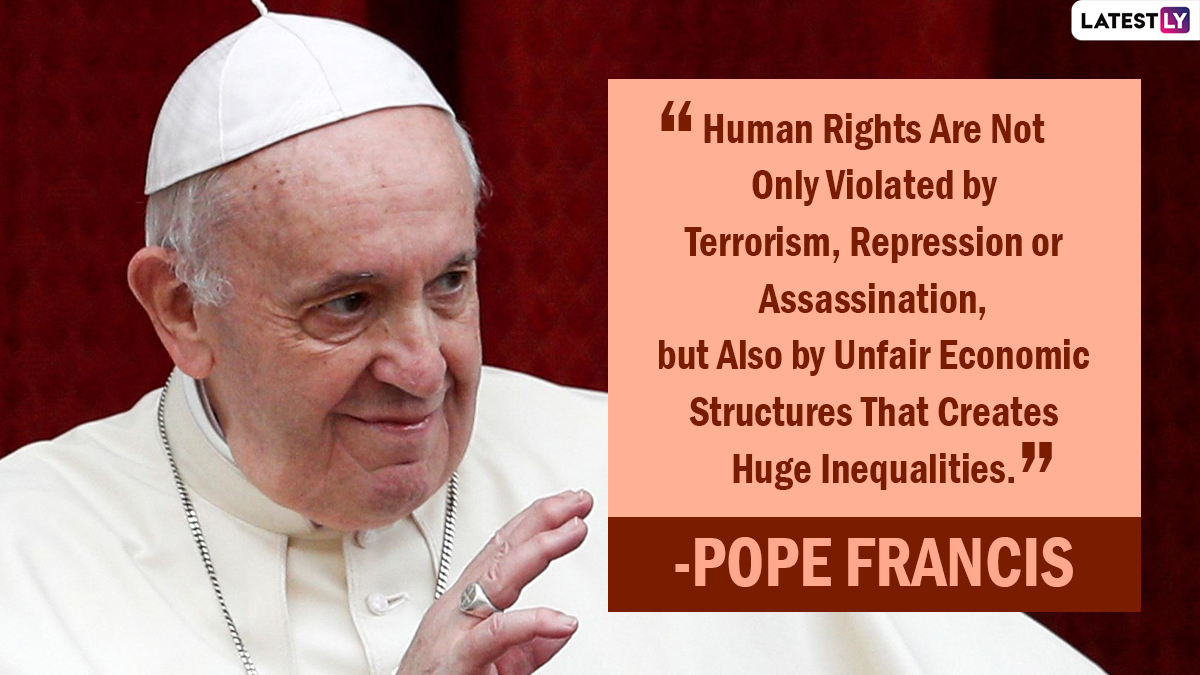 Quote Reads: "Human Rights Are Not Only Violated by Terrorism, Repression or Assassination, but Also by Unfair Economic Structures That Creates Huge Inequalities." 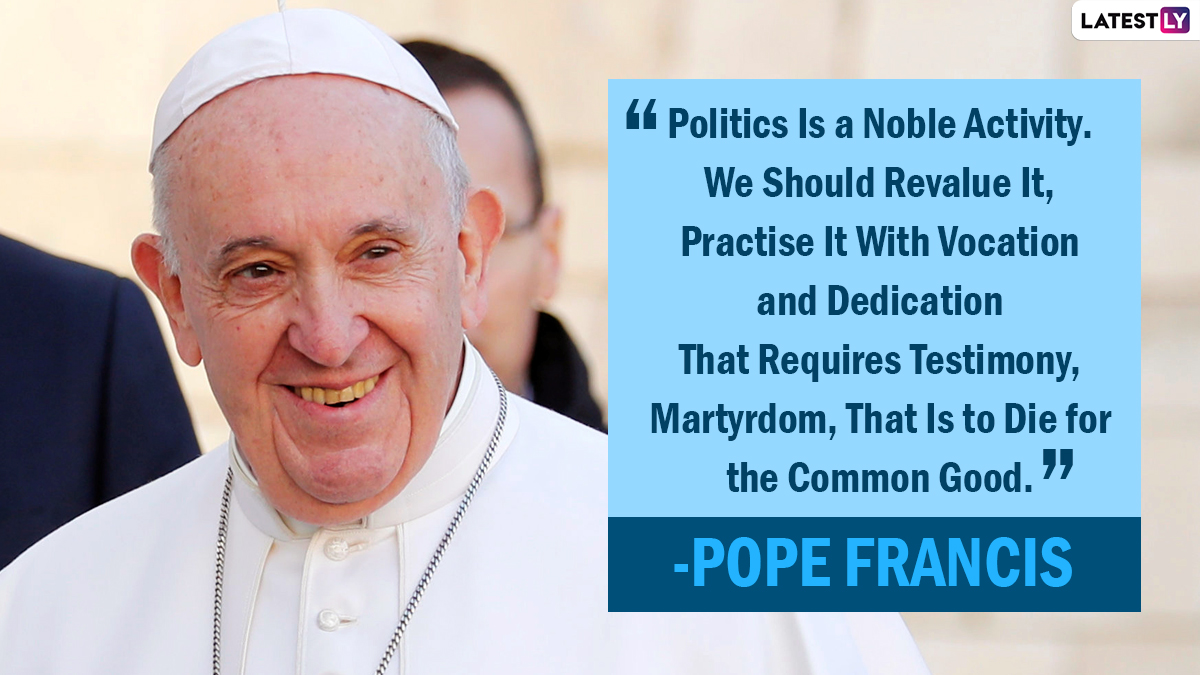 Quote Reads: "Politics Is a Noble Activity. We Should Revalue It, Practise It With Vocation and Dedication That Requires Testimony, Martyrdom, That Is to Die for the Common Good." 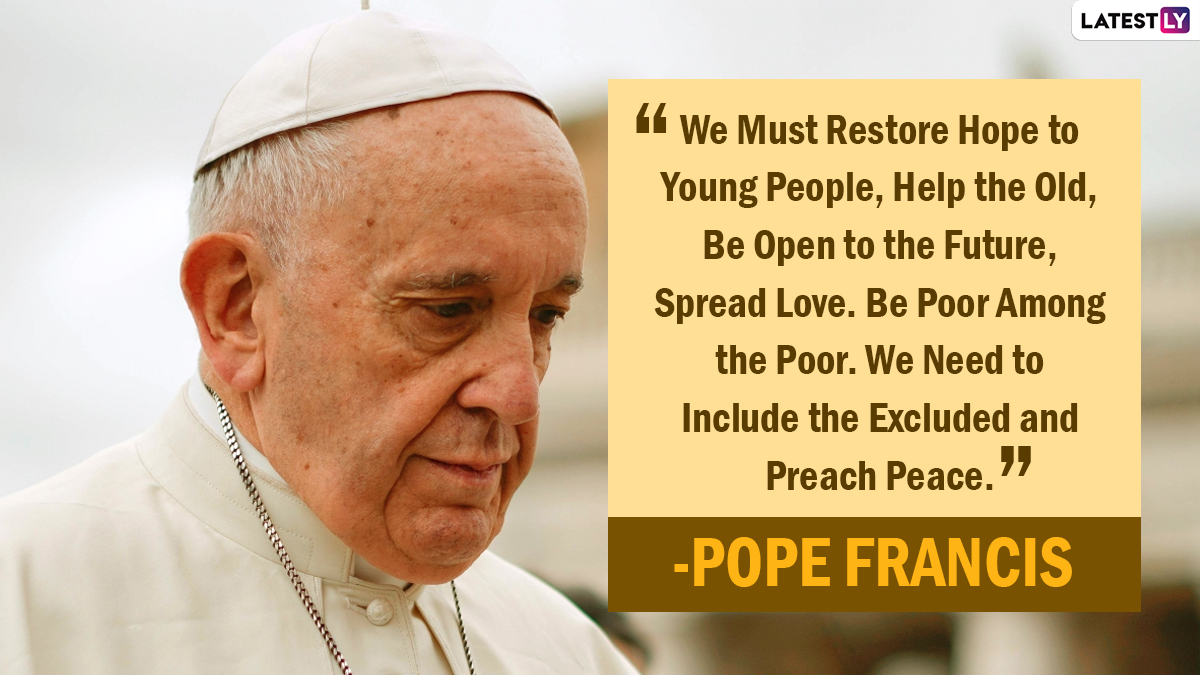 Quote Reads: "We Must Restore Hope to Young People, Help the Old, Be Open to the Future, Spread Love. Be Poor Among the Poor. We Need to Include the Excluded and Preach Peace." 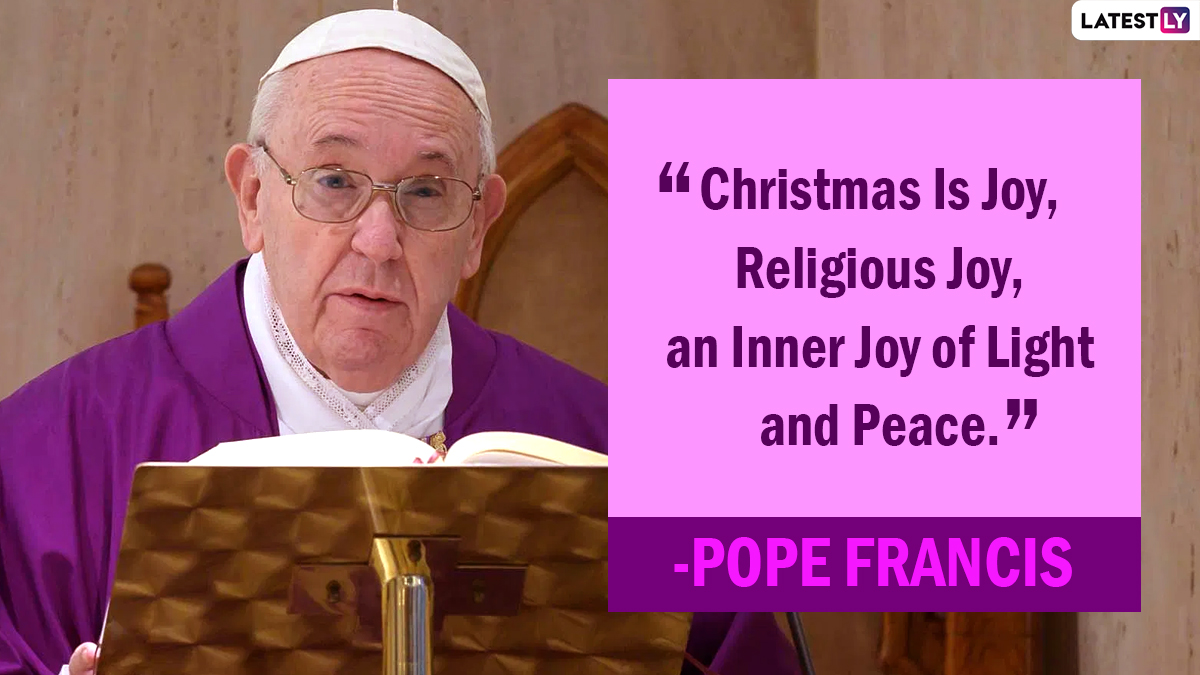 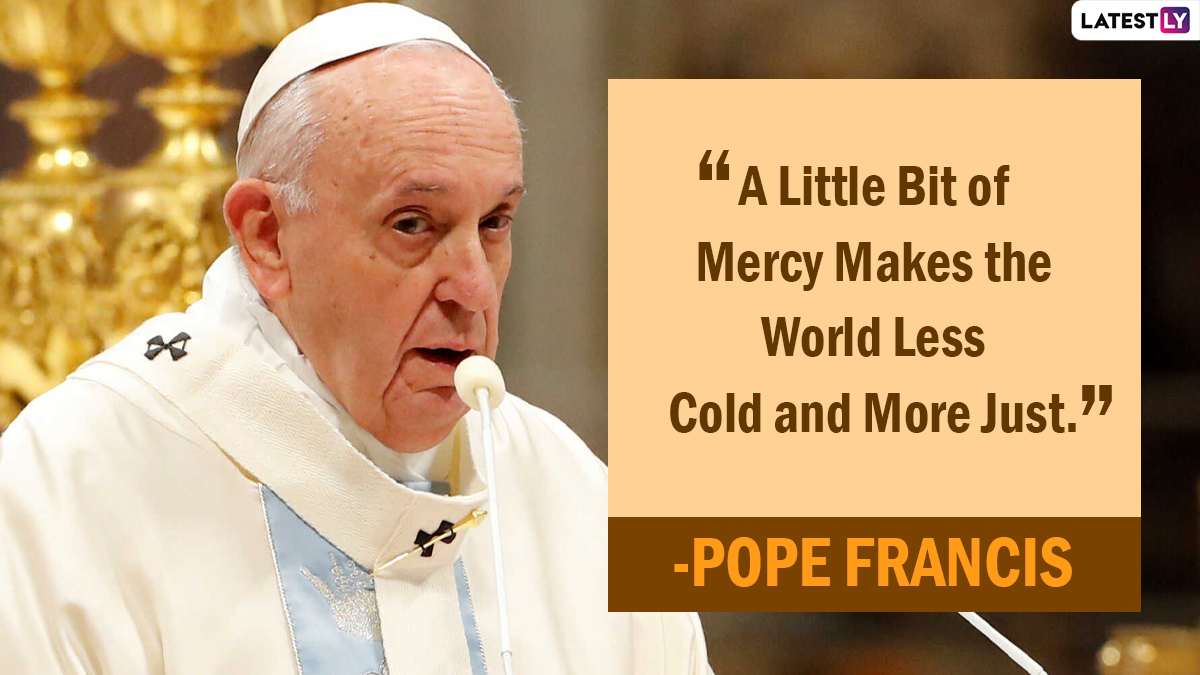 Did you know the Pope released an album called Wake Up? It features him singing hymns and giving speeches with upbeat tunes in the background. He often obliges for photographs and clicks pictures with his fans. We wish him a very Happy Birthday and a great year ahead!

(The above story first appeared on LatestLY on Dec 17, 2020 08:20 AM IST. For more news and updates on politics, world, sports, entertainment and lifestyle, log on to our website latestly.com).