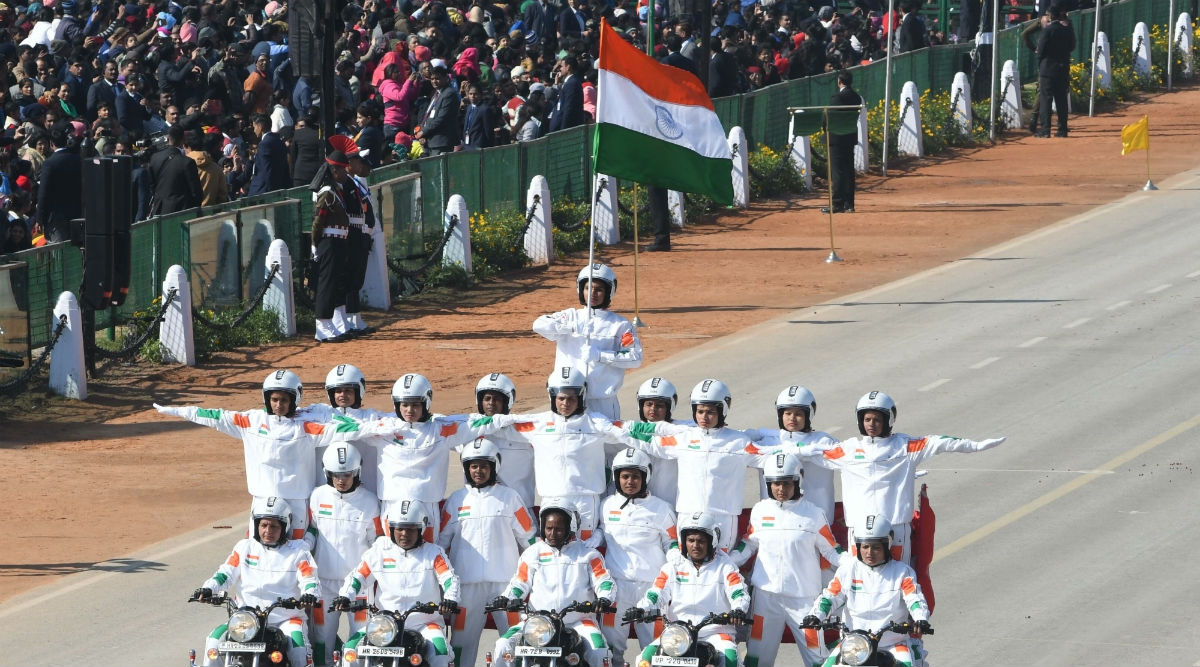 New Delhi, January 26: India will exhibit its military might, cultural diversity, social and economic progress during a parade on the occasion of the country's 71st Republic Day. The Republic Day parade 2020 will take place at the majestic Rajpath and begin from 9 am onwards. Doordarshan, DD News and Press Information Bureau will host live streaming of the Republic Day parade and celebrations 2020 in the national capital on their network and YouTube channels. Scroll down to watch live streaming of the parade on India's 71st Republic Day.

Watch all the pomp and show

Prior to the Republic Day parade, Prime Minister Narendra Modi will visit the National War Memorial near India Gate. He will lead the nation in paying solemn tributes to the martyrs by laying a wreath. This is for the first time that the Prime Minister will pay homage to martyrs at the National War Memorial instead of Amar Jawan Jyoti. Thereafter, PM Modi and other dignitaries will head to the saluting dais at Rajpath to witness the parade. President of Brazil Jair Messias Bolsonaro is the chief guest.

As per tradition, the National Flag will be unfurled followed by the National Anthem with a booming 21-gun salute. The parade will commence with President Ram Nath Kovind taking the salute. The parade will be commanded by Parade Commander, Lieutenant General Asit Mistry, General Officer Commanding, Headquarters Delhi Area. The contingent of the Corps of Army Air Defence will be marching for the first time on the Republic Day.

Marching for the first time on Republic Day will be the contingent of women bikers of Central Reserve Police Force (CRPF) will perform daredevil stunts. The contingent will be led by Inspector Seema Nag who will be seen saluting while standing atop a moving motorcycle. The most keenly awaited segment of the parade, the FlyPast will comprise of the ‘Trishul’ formation by three ALH helicopters. It is for the first time that a "Tri-service Formation" is taking part in the Republic Day Parade. It will be followed by the 'Vic' formation of Chinook helicopters, used for airlifting diverse loads to remote locations.