World Hindi Day 2020: Is The Day Different From Hindi Diwas? Here's How 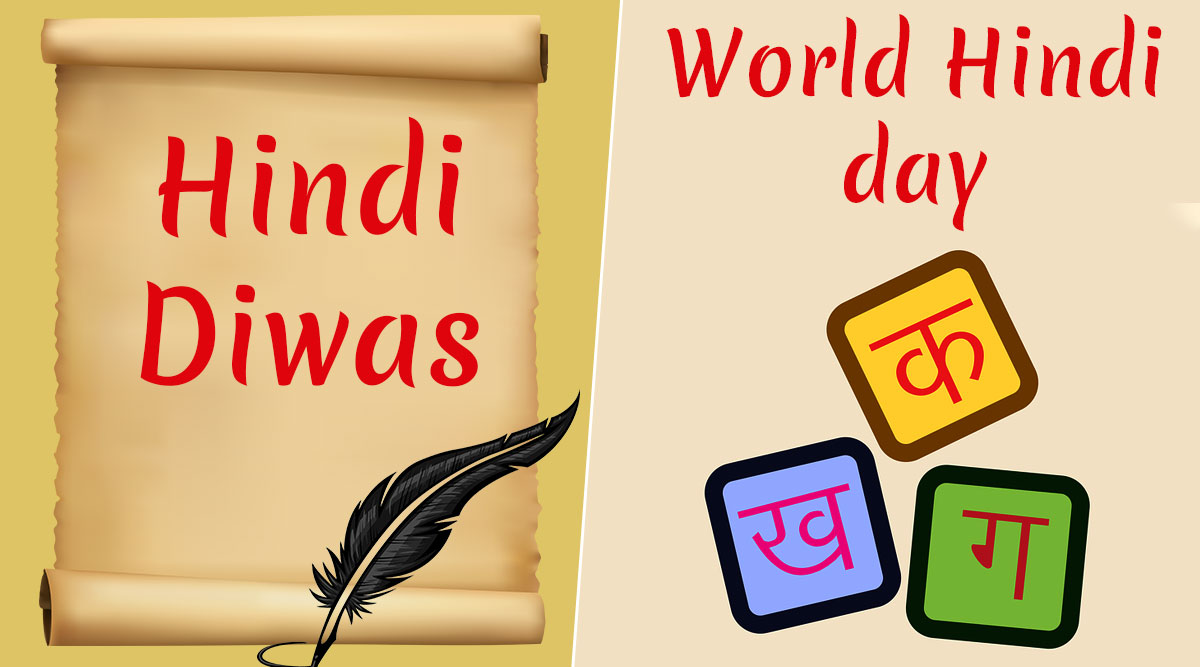 World Hindi is celebrated every year on January 10 to promote India’s official language globally. The day marks the anniversary of the first World Hindi Conference, which was inaugurated by the then Prime Minister Indira Gandhi in 1975. The conference saw the participation of about 122 representatives from 30 countries. The official celebration of the World Hindi Day began in 2006, when Manmohan Singh was the PM of India. Hindi Diwas 2019 Date and Information: Know All About The History of The Day That Highlights Importance of Hindi Language.

Meanwhile, Hindi Diwas is celebrated every year on September 14. People generally get confused between these two days. Hindi Diwas is different from World Hindi Day.

Here is the Difference Between These Two Days:

World Hindi Day is celebrated to promote the Hindi Language globally. After the first Hindi Conference, which was held in Nagpur in 1975, 11 such summits have taken place till now. According to reports, the 12th Hindi Conference will take place in 2021. On the other hand, Hindi Diwas is celebrated since 1949. On September 14, 1949, the Constituent Assembly of India had adopted Hindi written in Devanagari script as the official language of the Republic of India. This day observes the importance of the Hindi language, and it is celebrated within India only. Hindi Diwas 2018 Greetings: GIF Images, WhatsApp Messages, Facebook Status & SMS to Wish 'Hindi Diwas Ki Shubhkamnaye'

The Indian Embassy in Norway first celebrated World Hindi Day. Hindi is spoken by over 250 million people across the globe, making it the fourth most spoken language of the world. Hindi is written in the Devanagari script. Hindi is mentioned as an official language of the Union of India in Article 120, Article 210 and Article 343, 344 and from 348 to 351.