Without treatment, the ulcers will grow in size and will be exposed to more bacteria. 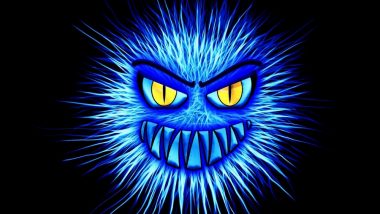 Sexually transmitted diseases can be embarrassing and inconvenient. But imagine one that literally eats you. In a first, a rare type of sexually-transmitted disease that causes ulcers on the genitals has been reported in the UK. The disease is so vicious that it is said to rot the genitals and the internal organs of the person affected. According to Lancashire Post, an unidentified woman from Southport who is between the ages of 15 and 25 has been diagnosed with the STD known as donovanosis or Granuloma inguinale. If the ulcer is left untreated, it can spread, eroding or “eating” the entire genital region.

Donovanosis or granuloma inguinale is genital ulceration caused by the bacteria Calymmatobacterium granulomatis. The ulcers caused by the disease can be so severe that they can bleed with a single touch. In medical literature, the disease is described as a forgotten or overlooked medical problem. After the discovery of antibiotics, there was a renewed interest in the medical condition, but it was short-lived. The disease was explored again when in the 1980s, genital ulcers were found to facilitate HIV infection.

Donovanosis is found in many parts of the world, and past cases have been reported mainly in South Africa, Australia and India. The disease is found more commonly among communities that are poor or marginalised. There’s still a lot to know about the disease, including its history, classification, treatment and suitable name.

According to WHO, donovanosis accounts for 14 per cent of all genital ulcer cases referred to an STI clinic in South India, out of which 15 percent were HIV positive. And in North India, the incidence of the disease had come down significantly in the 1990s. Buruli Ulcers: All You Need to Know About The Flesh-Eating Disease That Is Taking Over Australia

Center for Diseases Protection and Control say that initially, the ulcers are painless, slow and progressive in nature. These lesions are beefy and red in appearance, which bleeds on touch. The infection can spread to the pelvis and into the abdominal organs. Symptoms of the disease start showing anywhere between 1 to 12 weeks after the unprotected sexual encounter. Without treatment, the ulcers will grow in size and will be exposed to more bacteria.

The news about the STI came to the fore when online pharmacy Chemist 4 U submitted a Freedom of Information petition. Pharmacist Shamir Patel of Chemist 4 U told Lancashire Post that it is a very rare and nasty condition. Although antibiotics can treat the disease, it might go undiagnosed since it is very uncommon in the UK.

(The above story first appeared on LatestLY on Aug 23, 2018 06:46 PM IST. For more news and updates on politics, world, sports, entertainment and lifestyle, log on to our website latestly.com).