History of Condoms: From Linen Sheaths to Animal Intestine, What Men Used Over Centuries as Protection 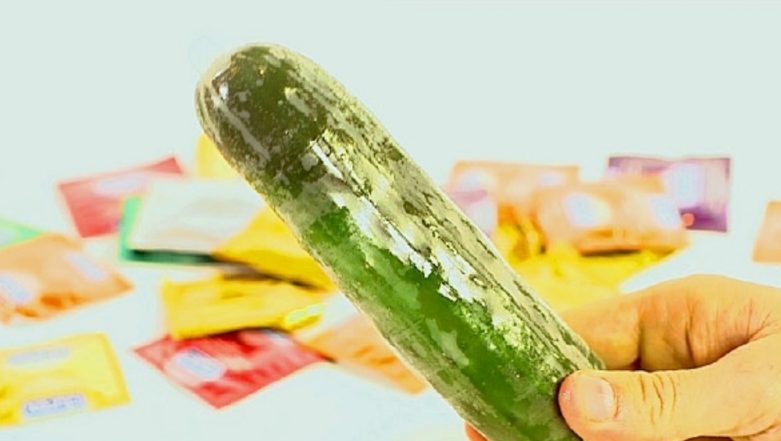 Condoms have been a subject of curiosity throughout history. If you practice safe sex, you know that there is no shortage when it comes to types of condoms. From ribbed and lubricated, and from extra thin to flavoured, condoms come in multiple varieties to enhance pleasure while lowering the risk of sexually transmitted infections. But if you think that the ultra-thin, barely-there condoms take the fun out of sex, you will quiver to know the things men used as protection in early 1500s or 1900s. Curious to learn what men wrapped around their penises over the years? Read on!

In early 1500, syphilis was highly contagious and used men herb soaked linen sheaths to protect themselves from infection. However, a study published in the Indian Journal of Urology concluded that the first use of a condom was that of King Minos of Crete. Pasiphae, his wife, employed a goat's bladder in the vagina so that King Minos would not be able to harm her as his semen was said to contain “scorpions and serpents” that killed his mistresses.

Ancient Egyptians also wore makeshift condoms to protect themselves from infections and other environmental hazards. For protection during intercourse, linen sheaths were used, specifically to prevent tropical diseases like bilharzia, a disease that is caused by parasitic worms. Furthermore, Egyptian men wore coloured sheaths to distinguish social status within their complex hierarchy.

Romans did not acknowledge the contraceptive perspective of the use of bladders of animals, but they took keen interest in its effects in public health and prevention of venereal diseases such as syphilis. The condoms used in Ancient Rome were made of linen and animal intestine or bladder of sheep and goats. It is possible that they used muscle tissue from dead combatants but no hard evidence for this exists. How to Wear a Condom – Why It’s Important to Pinch Your Condom Before Wearing It (Watch Video).

During the English Civil War, the forces of King Charles I contracted syphilis from the periodic use of prostitutes. Condoms of fish, cattle, and sheep intestine were deployed to the army to reduce transmission of syphilis, since the disease was a common cause of soldier fatality at the time. How Long Do Condoms Last? Here’s what Happens When You Use an Expired Condom.

Condoms in the 18th century commonly underwent the administration of sulphur or lye to help smoothen the sheath of intestine. Casanova, at a later point in his life, started using condoms after he understood their ability of protection from disease. He used to inflate them before use to test for any leaks; this was seen as an original example of monitoring whether the condom was fit for use.

According to a study performed by the University of California it was during the mid-19th century that Charles Goodyear and Thomas Hancock discovered the vulcanisation of rubber which is the process of heating it. The first rubber condoms were invented in 1855 which only covered the tip of the penis. It was only in 1870s that condoms became full length. Although it was a novel invention, condoms were not accessible easily and were super expensive.

In the 1920s, scientists discovered how to make latex, which is popular in today's condoms. A study published in the Journal of American History stated that Julius Schmid was the king of condoms by the early 1900s as his company, Ramses and Sheik, was one of the top-selling manufacturers in America. Vegan Condoms: What are They and Should You Be Using Them?

The greater use of condoms all over the world in the 20th and 21st centuries has been related to HIV. This account of the use of condoms demonstrates how a primitive idea turned into an object that is used globally. In more modern conditions, rubber latex condoms is produced at a swift rate and can is lubricated with spermicide and even flavoured. Which one is your favourite?

It can be thereby concluded that civilisation has always had a way to deal with its problems in birth control and sexually transmitted diseases, as it has affected people of all race, colour, creed, and religion.