Sex Query of the Week: What Are Vegan Condoms and How Effective Are They?

From eco-friendly new materials to crazy flavoured condoms, there are many options for safe sex. However, in most latex condoms, casein the principle protein in milk is used to make the condoms smooth. If you are a vegan, here’s everything you need to know about the cruelty-free condoms this World Vegan Day. 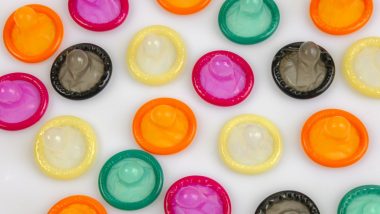 Condom science is out of control these days. If you are a vegan, you might be surprised to learn that most condoms on the market are not cruelty-free.  To make condoms from raw latex, various processes are required and the milk protein casein is one of the ‘helping hands’ during rubber-making. As most manufacturers use it to make the rubber smooth and fine, most condoms cannot be called vegan at all. Luckily, manufacturers have now come up with vegan condoms. Let us learn more about them this World Vegan Day.

What Are Vegan Condoms Made Of?

Vegan condoms do not contain any animal products or by products. They also do not have any of the components of the condom or lubricant been tested on animals. Instead, manufacturers use natural plant-based lubricant which is pH balanced. Most vegan condoms found in the market are nitrosomine-free, which is a carcinogen formed when the latex in condoms is heated and moulded. Using these condoms will also cut down the risk of developing tumours from nitrosamines in condoms. The vegan condoms are also free of parabens, glycerin, and have significantly reduced latex scent, taste, and irritation. Here’s what Happens When You Use an Expired Condom.

How Effective Are Vegan Condoms?

Vegan, like nonvegan, condoms have a two percent failure rate if used perfectly. In other words, they are 98 percent effective in pregnancy prevention. However, they may not effectively protect against STIs, including HIV. Here's How to Pick The Right Condom According to Penis Size.

Yup, you read that right. One of the reasons why vegan condoms have fallen out of favuor in recent years is because they are not exactly “fool-proof.” The material itself is braided to keep out sperm, so it's effective in preventing pregnancy. But the braids are not small enough to keep out fluids that transmits STIs like HIV or herpes.

Do Vegan Condoms Feel Good during Use?

As vegan condoms are made from natural materials, they are among the most natural-feeling condoms on the market. In the past, that made them a solid choice for people who complain about experiencing loss of sensitivity while wearing latex condoms. They are great to transmit body heat better than latex, and therefore have the most natural feel. However, that is because they are more porous. Sex Tip of The Week: Create Sexual Tension Before You Do It.

Given how expensive vegan condoms are, as well as the fact that they don't protect against STIs, there is probably no good reason to use lambskin condoms unless your partner and you have both been thoroughly tested for STIs, and you prefer are a vegan.

(This Article Is Only for Informative Purpose and Shouldn't Be Substituted for Professional Advice. Moreover, Laws Regarding the Subject Discussed Above May Vary According to Regions)

(The above story first appeared on LatestLY on Nov 01, 2019 09:00 PM IST. For more news and updates on politics, world, sports, entertainment and lifestyle, log on to our website latestly.com).