Kylie Jenner and Stormi Webster Are the Most Fashionable Mother-Daughter Pair on Instagram, These 5 Photos Are Proof! 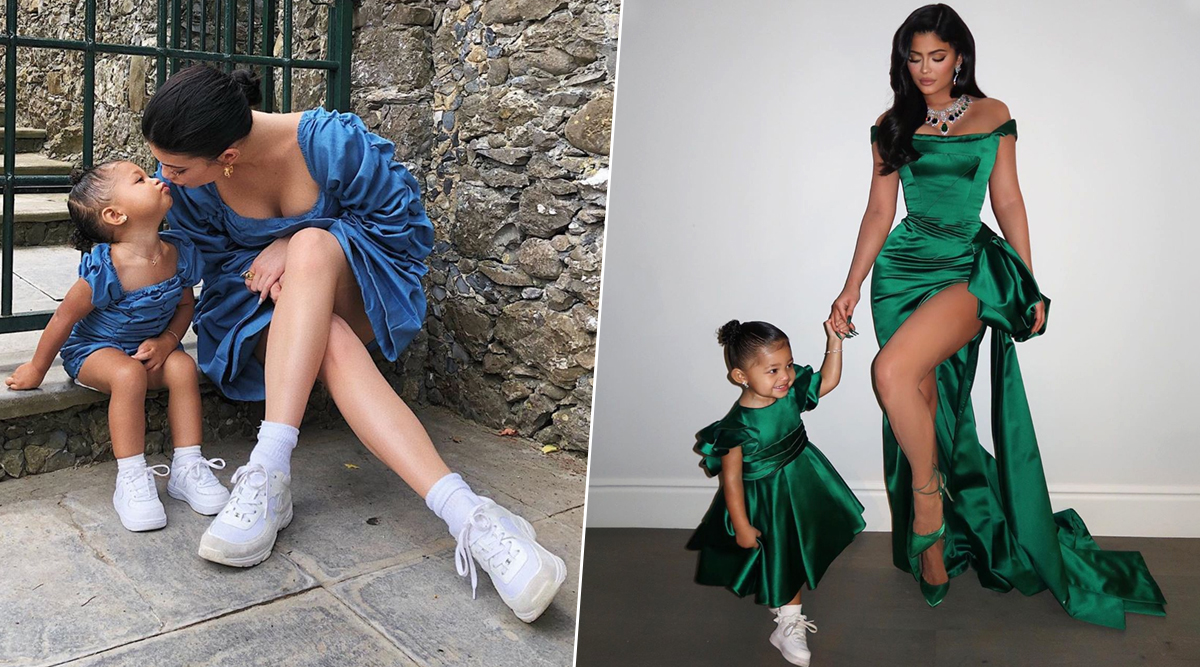 Kylie Jenner’s precious baby girl, Stormi Webster will turn 2, next month. There is so much anticipation going around on Stormi’s Happy 2nd birthday party. It will surely not be anything less than a dream. Remember Stormi’s 1st birthday? The little girl basically had an entire theme park. There are few more days to go for the big day, but when you are a member of the Kardashian-Jenner family, even two months seems like less of a time to plan the birthday bash. While we are eagerly waiting for the highly-anticipated party, let us take a look at the mother-daughter duo. Kylie has always made sure the two have had their fair share of mom and daughter looks. From Halloween costumes to gorgeous gowns to the beach looks, there have never been any limits for the two fashionistas. Here are five times when the mother-daughter were the boldest pair in the Insta-worthy pictures. Kim Kardashian’s Daughter Chicago West Turns 2! Aunt Kylie Jenner Shares Photos From Disney-Themed Birthday Party.

The board behind them says it all. The adorable clothing accurately matches the festival of Halloween. And there could not be anything better than this light-printed and warm colours to choose the Halloween pumpkin patch from the farm.

2. Resting Under the Sun

about a year ago with my baby 💛 where does the time go..

The only thing adorable on the planet is kids in bikinis, sporting with an extra cute hat. While Kylie chose to go for a lime-yellow shade, little Stormi is dressed in nude crossed-lace one piece.

Stormi and her mama, Kylie matched so perfectly in this flowing blue dress while they were on a trip to Italy. They even went for a matching pair of sports shoes to complete the look.

4. Christmas Gifts Under the Tree

Kylie blessed his followers with this adorable picture of herself with daughter Stormi during the last Christmas. They proved that looking like a gift is way better than any Christmas moments.

most wonderful time of the year ✨ thank you @ralphandrusso for the custom dresses.

These two ladies, dressed in Ralph and Russo, were ready to hit the town during holidays. Honestly, when you look this gorgeous, it is a must for you to go all out and be the party queen.

We had to compile some of their best mother-daughter looks. Yes, we did not include it here, but none of us can ever forget the time, Kylie dressed up little Stormi in an exact replica of her from Met Gala. We can’t handle the cuteness!