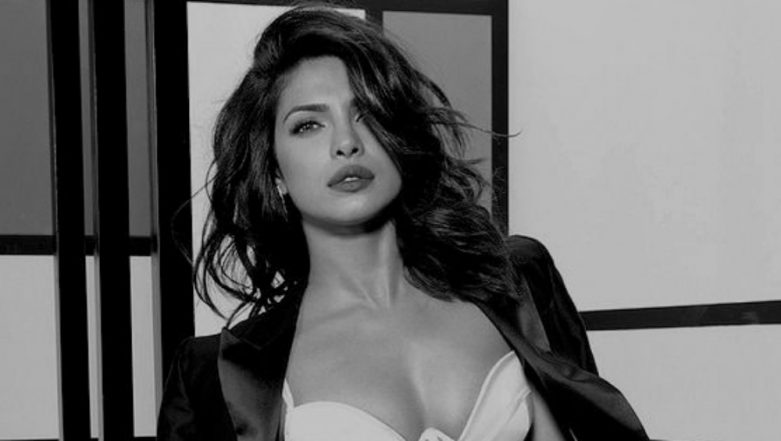 Priyanka Chopra is one of the hottest women in the world right now. She is gorgeous, successful, bold and very, very beautiful. She loves speaking her mind with brazen honesty, but also likes to guard her personal life against the media spotlight. Though, it has changed quite a lot since the 36-year-old married American pop-singer, Nick Jonas last year. But one thing that has not changed about Priyanka is her love for spilling out juicy details about her ‘sex’ life in no holds barred interviews! Priyanka Chopra Shower Sex to Virgin Salman Khan: 5 Times Bollywood Celebs Opened Up About Their Sex Life.

Priyanka was recently on Watch What Happens Live With Andy Cohen to promote her upcoming YouTube series If I Could Tell You Just One Thing. It was here Chopra admitted she enjoys "sexting" with her singer-songwriter husband Nick Jonas when they have some time apart. The chat show host asked if she believed "in sexting or FaceTime sex during long stints apart" and to this Priyanka immediately replied: "For sure." Priyanka Chopra and Nick Jonas Are Sexting ‘For Sure’ When They Are Apart, Reveals the Actress.

The 36-year-old Isn’t It Romantic actress married her 26-year-old beau in December 2018, and she also said they like to share sexy pictures with each other to keep the spark alive when their work keeps them away from each other. Wow! But if you thought this is the first time Priyanka Chopra is opening up about her sex life, you are clearly not on the internet. Apart from sending racy images and sexting, the girl has done several other naughty things.

In 2017, Priyanka had made some startling revelations about her sex life on Koffee With Karan Season 4. Taking filmmaker-host’s famous coffee shots in an interesting segment, the Desi Girl admitted to having phone sex, taking a shower with a partner and kissing an ex after they broke up! She also said sending lust sext texts to be normal in a relationship. PeeCee also admitted to making out with lights on. Mind=Blown!!

Coming back to Priyanka’s appearance at Watch What Happens Live With Andy Cohen show, she also said that she had helped her husband with his "manscaping", but explained it was just the back of his head, reports femalefirst.co.uk. She said: "No - once, I did once. Just his fade, back there." The actress also revealed the key to a long-lasting relationship is "trust" and "respect". (And of course, good sex also helps).