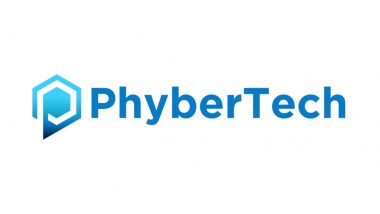 26-year-old tech prodigy and entrepreneur Pratik KC started his first information technology business at the young age of 15. His first business, Phyber Security was a cybersecurity company offering services such as website security, malware removal, and penetration testing. After finding a passion for technology at a young age, he became fascinated with learning everything he could online and began to teach himself skills such as vulnerability testing, website design and development, and more. He found vulnerabilities in world-renowned companies such as Apple, Microsoft, and eBay and reported them to their security department and became recognized by each of them on their security researcher "hall of fame" or researcher acknowledgments page which you can find publicly if you search his name.

After running his cybersecurity business for some time, he began to branch out to other facets of the industry. He then created a VPN(virtual private network) service called PhyberVPN which had servers all over the world that clients could connect to for private and secure browsing. In 2012 at the age of 17, he also coded a payment processor called PhyberPay. PhyberPay was a peer-to-peer payment platform that integrated many different payment gateways such as Paypal, Skrill, Liberty Reserve, and even cryptocurrency. He went on to sell the source code of the project to a private buyer. This was Pratik's first major experience in the business world of technology and he fell in love quickly.

Currently, Pratik is the CEO & Founder of PhyberTech, LLC which is a tech firm specializing in website/application design and development. He incorporated his first company Phyber Security as a subsidiary company of PhyberTech and still provides cybersecurity consulting and services as a branch.

Pratik's plan for the future is to continue to grow his companies as well as eventually expand to other markets such as artificial intelligence, biotechnology, and data science. He has also been featured in several publications such as Influencive, Thrive Global, Kivo Daily, The Helm, Tech Culture Magazine, and more which you can view and read online.