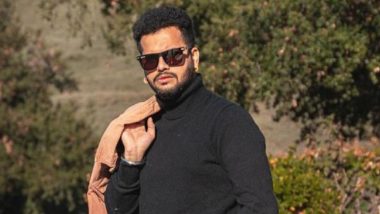 Harry Jordan
In 2014, Harry Jordan created an overnight success record with his first you tube video. His love and passion for music combined with the overwhelming response that he was getting from the public, propelled him to continue to explore the music and entertainment industry further. Today, Harry Jordan is the Founder of Harry Jordan Films and a well- known name as an actor and music video director and producer.
Born on 9th November, Harry is currently based in Canada. He is known for his unique capability of delivering entire projects right from its inception to execution all by himself as a “one man army.” His expertise spans the wide gamut of work which includes concepts, direction, selection and management of  locations, Client Management, right through to the technicalities of camera operation, editing, color grading and many other intricacies that go into delivering the final product.
Harry is acclaimed as a complete entertainer with his funny short films and videos on you tube, which are extremely popular with his audience. He has produced 145+music videos, with popular singers and music directors. Some of the reputed names include: Mika Singh, Nachatar Gill, Garry Sandhu, Money Aujla, Gurlez Akhtar, Rupinder Handa, Karan Aujla, Byg Byrd, Deep Jandu, Geeta Zaildar and the list continues with many other impressive names
Adding to his impressive track record he has also worked with big and very well -known music labels and film production companies, such T-Series, Speed Records and many more. He has also shot songs for movies such as Laiye je Yaarian and Ashke.
This success has encouraged Harry to continue pursuing his passion and love for music to direct and produce more music videos for his appreciative audience.
*Disclaimer
Comments
Tags:
Actor Client Management Harry Jordan music Music Video Director YouTuber
Comments
You might also like