Triple Pane Windows Are a Hit in Canada – Here’s Why 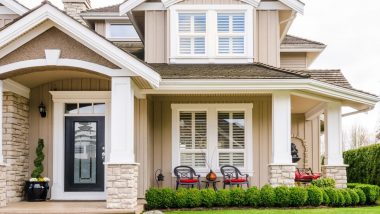 Canadians are becoming more and more aware of the amazing benefits of triple pane windows and there’s a good reason for it. There are many types of windows available in the market, but not all of them will keep you safe against harsh weather conditions such as the chilly Canadian winters. Given that triple pane windows are the most durable energy efficient windows available today, it’s no wonder that they’re quickly becoming Canada’s favourite windows.

Based on our research from various windows and doors companies, triple pane windows have initially gained popularity in colder areas (such as Winnipeg), with the rest of the country following soon after, and their secret lies in amazing energy efficiency and durability.

What are triple pane windows?

To put it simple, triple pane windows provide the ultimate protection against weather and other outdoor polluting elements. They’re tough, strong, heavy and can endure the harsh Canadian weather for a very long time.

Triple pane windows, as the name itself suggests, consist of three panes of glass with a sealed frame, and the gaps between the panes are filled with inert gas such as krypton or argon. This type of gas is heavier than air, which makes it a great insulator for noise and heat. So what makes them so special?

For starters, even though they initially cost more than other window types, triple pane windows have an improved energy rating when compared to any other popular window option (20% better energy efficiency than the popular double pane windows, for example).

Because triple-glass windows feature two gas filled chambers instead of one (like in double pane windows), they offer better energy performance. With these argon filled glass chambers, triple pane windows are better at stopping the warm air from escaping during the winter or entering your home during the summer.

Because of the additional glass pane, triple pane windows are naturally more soundproof. They also feature an insulating glass unit between the panes, which improves the efficiency of the window and helps reduce sound transmission.

They make for a greener home

In the recent times, there has been increased focus on reducing global warming and carbon emissions. Since triple pane windows save energy with their advanced insulation properties, they’re a great option for a greener home.