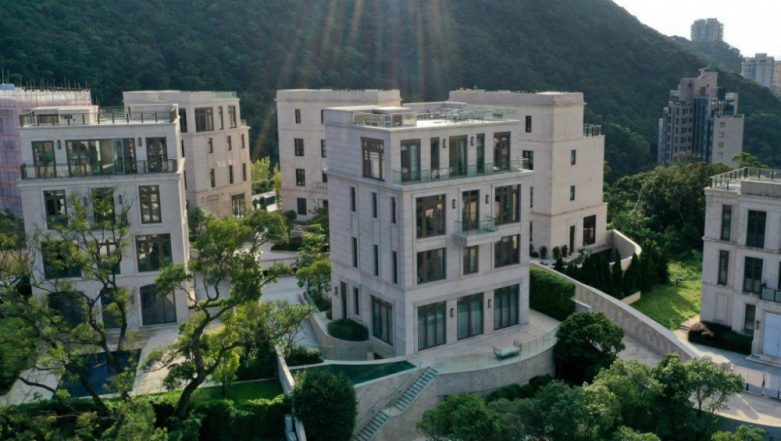 Hong Kong, June 27: The 22-year-old son of a business tycoon has dropped US$117 million on a luxury home in Hong Kong, the latest purchase to highlight the huge wealth gap in a city currently rocked by political protests. The crammed financial hub regularly tops various rankings of cities with the least affordable housing in the world, with even the cheapest apartments far out of the reach of most regular workers.

Rising inequality and a shortage of housing has helped fuel anti-government protests, the latest manifestation a series of huge youth-led demonstrations earlier this month demanding the withdrawal of a bill that would allow extraditions to the Chinese mainland.

Matthew Cheung Siu-woon spent HK$916m on the 8,674 square foot (806 square metre) house, which was listed on the market in May and completed on Tuesday, according to a Land Registry document seen by AFP. Hong Kong’s Four-Bedroom Mansion Could Be World’s Most Expensive Home; Goes on Sale at Rs. 25 Thousand Crores.

Located on The Peak on Hong Kong island, one of the most exclusive neighbourhoods in the city, the six-storey house includes a swimming pool, garden, rooftop and private lift, according to a sales brochure.

Local media identified Siu as the 22-year-old CEO of an education company under his family's holdings and investment company, Cheung & Sons, a conglomerate involved in real estate, agribusiness, education and construction.

The company did not respond to AFP's request for information about the purchase. Its website lists a Matthew Cheung Siu-woon on its senior management team and says he started a company teaching Mandarin at the age of 19 while studying at a London university.

Hong Kong is a city of stark contrasts where impoverished elderly people can be seen collecting cardboard to recycle on streets that boast one of the highest ratio of billionaires in the world.

A recent report by real estate firm CBRE ranked Hong Kong as the most expensive residential city, with an average price of US$2,091 per square foot.

It listed the average property price in Hong Kong as US$1.2 million -- far above second-placed Singapore at $874,372.

A September report by UBS said a "skilled worker" needed 22 years of income to afford a 60 square metre (645 square feet) flat, up from 12 years a decade ago, with salaries staying largely the same since 2008.

But the ultra wealthy have seen their fortunes continue to grow.

According to Knight Frank's global wealth report, the number of billionaires in Hong Kong has grown from 40 in 2013 to 64 last year.

The most expensive property in the city currently on sale is a four bedroom mansion listed by Christies that carries a HK$448 million (US$57 million) asking price.