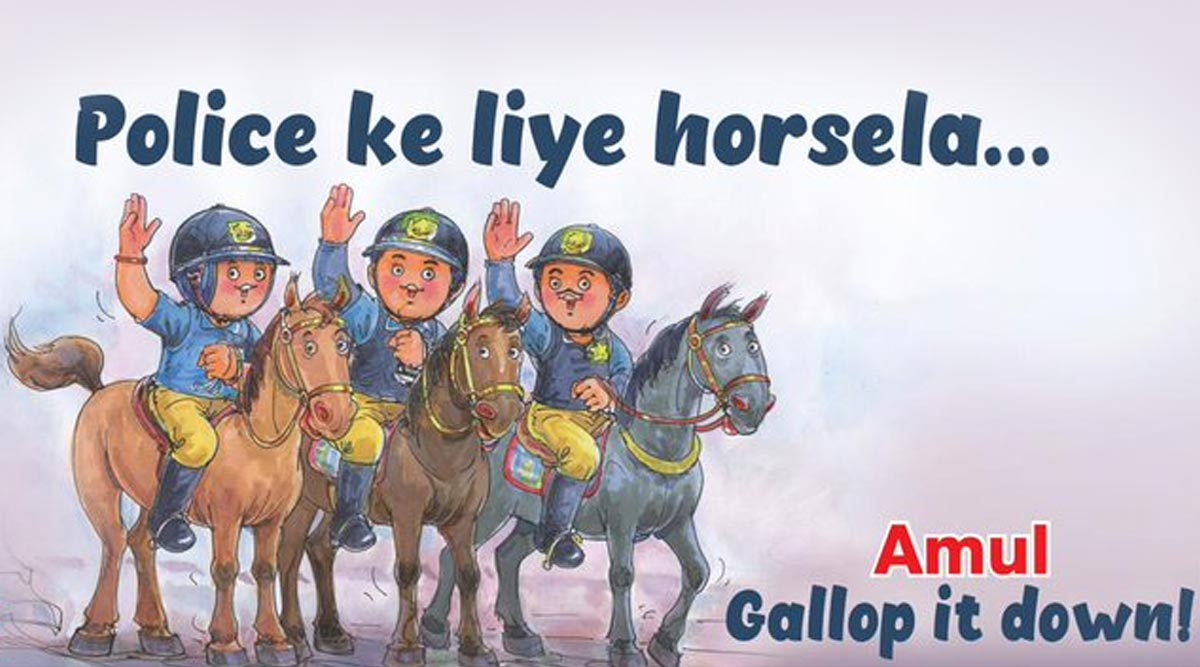 Mumbai Police now has a mounted police unit for traffic control. And it won't be just the citizens of Mumbai who will get to see it, but the official unveiling will take place at the Republic Day Parade 2020. The Mounted Police Unit will be dressed in a special uniform which has been designed by ace fashion designer Manish Malhotra. And now Indian dairy company Amul has made a special topical on the same. In yet another creative ad, they show the Mumbai Mounted Police with the text "Police ke liye horsela" along with "Gallop it down" for promoting their products. Amul Topical Ad Goes 'Kaho na Pyaaz Hai' on Onion Price Hike (View Pic).

Amul India is known for creatively making ads on all the relevant issues, not just in the country but even on an international level. They also made a topical on the royal exit of British Prince Harry and wife Meghan Markle from the Buckingham Palace. Each week, they come up with an ad that talks of the recent trending topic and makes an ad spinning around it. For the Mumbai Police's mounted unit, they have shown three police mounted on horses and the text offering them support, "Police ke liye horsela..." They further promote it with "Gallop it down" w

In case you haven't yet seen how the Mumbai Mounted Police unit will look like, check the video below.

Thank you @ManishMalhotra for designing such an elegant uniform for our Riders.

Our Mounted Unit is sure to make a strong impact during law and order situations. pic.twitter.com/S0T6bcvdR9

This mounted police unit would patrol the streets of the bustling metropolis earlier. But when there was tremendous vehicular traffic, it was disbanded in 1932. Depending on how this goes in Mumbai, it will be carried out in Nagpur and Pune as well.