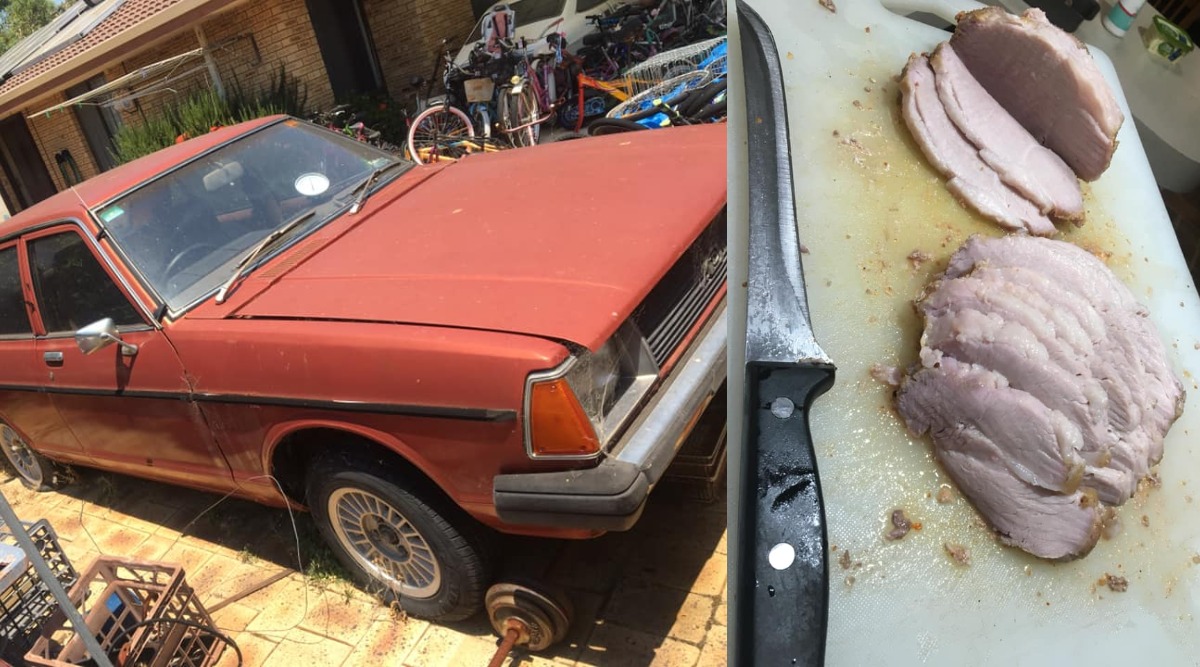 As most countries are trying to save themselves from the cold winter, Australia seems to be reeling in the heat of the scorching sun. And it is so hot that a man cooked pork in his car. Yes you read it right! As temperatures rose, Stu Pengelly, from Perth, successfully cooked a pork roast in his car. He decided to use the natural source of energy to cook after monitoring the heat inside the vehicle throughout the day. The temperatures rose from 30 degree Celsius at 7 am to an oven-like 81 degrees Celsius by noon. Stu PengellyAustralia Heatwave: Next Week Could See Hottest Day on Record, Says Weather Forecasters.

And guess what? He could actually cook the pork! Stu took to Facebook posting pictures of his stint after which it went viral on social media platforms. He added that his car had tinted windows and door making the vehicle get even hotter. Sharing pictures of the cooked meat, he warned people of the extreme dangers of heatwave. He placed the joint of meat in a baking tun and then kept it on the seat of his car, a red Datsun Sunny.

He writes, "Do not leave anyone or anything precious to you in a hot car, not for a minute," he said. "And if you do see kids or dogs in a hot car, do not hesitate to smash the window to get them out as soon as possible. A quiche would cook in 2 hours, I reckon." Australia is currently experiencing extremely weather as hot as 122 degrees this week. As the pictures went viral, people wrote hilarious messages in the comments sections. BTW, he next wants to try cooking roast beef in the Datsun.