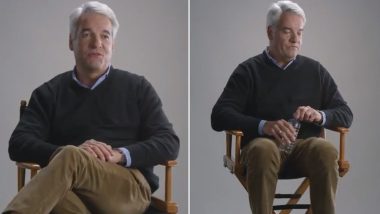 Netflix releases a video of Andy King reacting on the memes and jokes.

The infamous FYRE festival, conceptualised by Billy McFarland and Ja Rule was barely erased from people's memory when Netflix's documentary FYRE: The Greatest Party That Never Happened, resurfaced. The film showcased the agony the thousands of people who were duped by the organisers of the festival. Earlier this month Andy King, one of the professional event planners for the festival, went viral for sharing a shocking story of sexual harassment in Netflix's documentary FYRE: The Greatest Party That Never Happened. King revealed how he was asked to perform oral sex or in other words give a blowjob to the Bahamian head of customs so that trucks of Evian water bottles would be granted passage into the site.

King's confession went viral in no time after the veteran producer with a 30-year experience spoke about his ordeals under Billy McFarland. While some praised his dedication towards his job while some churned out memes and jokes on the blow job-for-water situation. The Netflix documentary based on "luxury music festival" turned into a disaster--Fyre Festival, was able to bring forth a lot of clarity about how the situation was tackled. However, it was King's statement that stayed with the people the most.

Take a look at the new video from Netflix of Andy King reacting to the memes. Watch the video:

Andy King has seen all of your FYRE Fest memes — and he loves them! pic.twitter.com/mCNgDoHpjW

King also said how happy he being able to focus the world attention towards the plight of the local Bahamian people who were left unpaid by the Fyre Festival organisation for their labour.  He said he's been using his new-found infamy to promote the GoFundMe pages set up for the locals.

(The above story first appeared on LatestLY on Jan 30, 2019 01:59 PM IST. For more news and updates on politics, world, sports, entertainment and lifestyle, log on to our website latestly.com).