While all the members received love from all quarters, V, aka Kim Taehyung, zoomed past them to smash one Instagram record after another. In a matter of a few minutes, Kim Taehyung broke previously-held records by the likes of Angelina Jolie, Jennifer Aniston, Zendaya and Billie Eilish. V indeed means 'victory.' 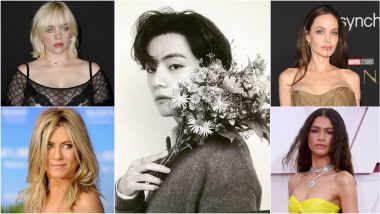 Being an ARMY is no easy feat. Especially with their favourite band smashing and scripting records and history every single day. On Monday, the septet —consisting of members RM, V. Jin, Suga, J-Hope, Jimin, and Jungkook finally launched their official Instagram accounts, and hell broke loose. While all the members received love from all quarters, V, aka Kim Taehyung, zoomed past them to smash one Instagram record after another. In a matter of a few minutes, Kim Taehyung broke previously-held records by the likes of Angelina Jolie, Jennifer Aniston, Zendaya and Billie Eilish. V indeed means 'victory.' BTS V aka Kim Taehyung Wallpapers From Vogue & GQ Korea Special January 2022 Issue Go Viral, ARMY Bowled Over by Tae Tae’s Charm.

#BTS' #V is the fastest Person in the World to reach 10 MILLION Followers on #Instagram!💪🥇🌎💨🔟Ⓜ️🌐👑💜 pic.twitter.com/ytfl5tBeLk

📑| BTS' V has now surpassed 10 Million Followers on Instagram making him the Fastest Individual to surpass this milestone.

Previously, Jennifer Aniston was the Most Followed account in 24 hours with 8.6M Followers, whereas Taehyung gained 10M Followers in less than half a day! pic.twitter.com/vFoZDGfhrh

Moving on to the next set of records smashed by V. Tae Tae also became the fastest to achieve 1M likes in 4minutes, and with this, he broke American singer-songwriter Billie Eilish's record. The "Bad Guy" singer took six minutes to reach one million likes with her blonde hair reveal. BTS V aka Kim Taehyung’s Latest Selfie Will Make Every ARMY Member Say ‘He Is Crazy, but He Is My Crazy’.

Kim Taehyung also holds the record for most-liked comment on Facebook-owned photo and video sharing platform. And he surpassed none other than Spider-Man: No Way Home star Zendaya to own this record.

KIM TAEHYUNG is the FIRST & ONLY KOREAN ACT to have 3 posts with over 10,000,000 LIKES on a personal instagram account (4 including his butter concept photo on bts bighit account)!

us when all the members of BTS join Instagram at once pic.twitter.com/IGnh2NUsYR

While Tae has clearly kicked off a smoke-storm on social media, other band members are not far behind in sending ARMY into a tizzy. Be it Jungkook's unique choice of profile name @abcedfghi__lmnopqrstuvwxyz or Suga's struggle with Insta; these guys are on a roll.

What All V Has Posted on Instagram So Far? - A Quick Recap 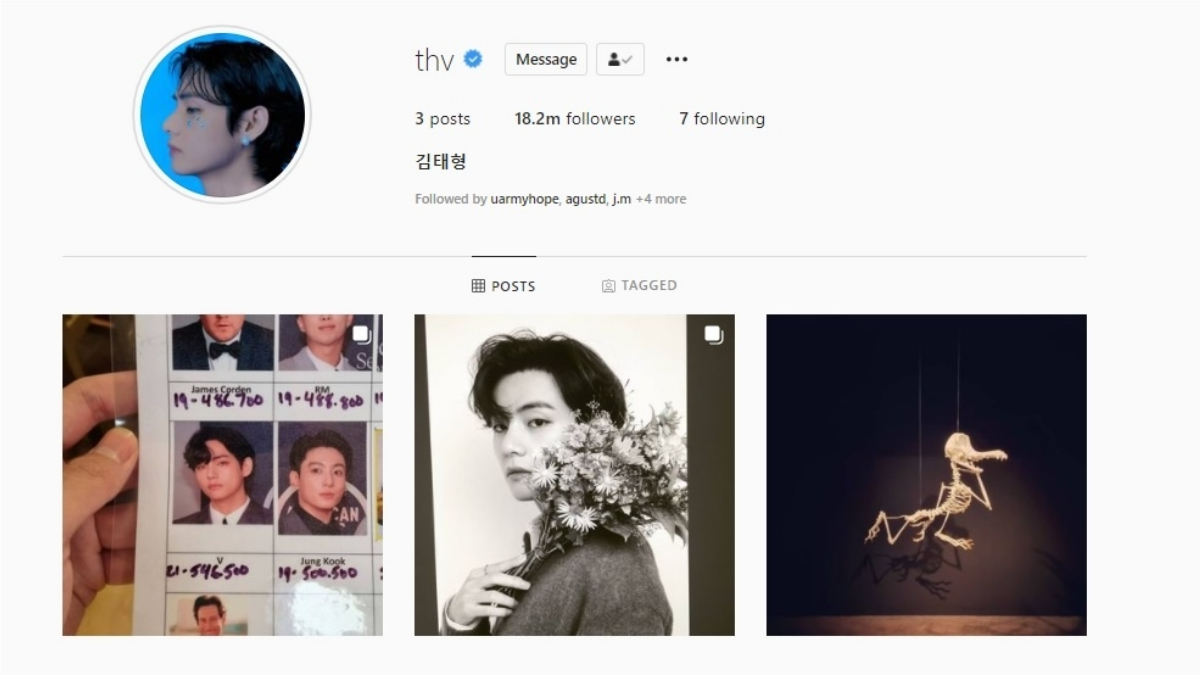 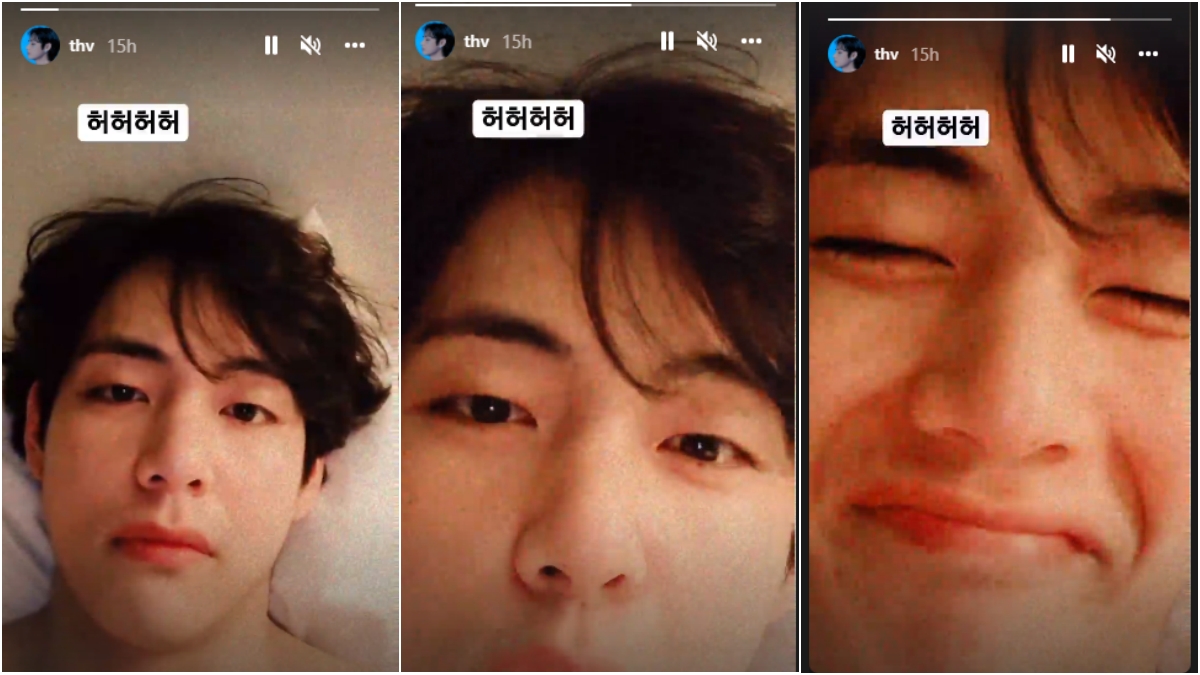 V's first post on Instagram was as unique as he happens to be. It was a dino skeleton, which he captioned as 'baby dinosaur dooly.' He then posted a bunch of his pics flaunting his love for flowers. Indeed a 'Flower Boy.' Kim Taehyung's third post should get Taekook (shippers of V and Jungkook) fans excited as he posted a pic focussing on him and BTS' Golden Maknae followed by a series of mirror selfies. V also posted IG story, his selfie with shaving cream formed like a mustache on his face. But it was the message to his fans that got everyone in awe mode. V said - 'Please take care of me.'

(The above story first appeared on LatestLY on Dec 07, 2021 11:42 AM IST. For more news and updates on politics, world, sports, entertainment and lifestyle, log on to our website latestly.com).