Byron Bernstein, 'Reckful' Dies at 31; Check Out Twitch Streamer's Last Tweets About His 'Insanity' as His Loved Ones Pour in Condolences

Twitch streamer and popular gamer, Byron Bernstein also known as Reckful has died at 31, according to his friends. He had about a million followers on Twitch and was quite popular amongst the gamer folks. The streaming platform Twitch confirmed on Thursday that Byron Reckful Berstein is no more. 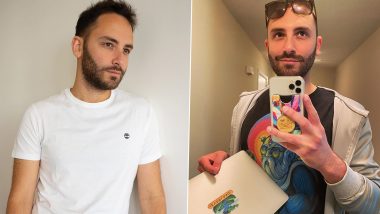 Twitch streamer and popular gamer, Byron Bernstein also known as Reckful has died at 31, according to his friends. He had about a million followers on Twitch and was quite popular amongst the gamer folks. The streaming platform Twitch confirmed on Thursday that Byron Reckful Berstein is no more. The statement read: "We're devastated to hear of Byron's passing. Our hearts go out to his family, friends, and community. He was a streaming pioneer and helped propel the whole industry forward". It further said, "Byron was someone who talked about his struggles to help make from for others to do the same. As we process this loss, we have to recognize that the stigma around mental health and treatment often prevents people from seeking and getting the help they need."

Bernstein had earlier shared on his YouTube channel about him feeling better with his mental health issues. The video is titled, "Reckful is no longer depressed for the first time in 16 years" had him saying, "I am actually day-to-day happy. I’ve never felt this way in my life. I’m not saying it’s gonna last forever, but right now I’m happy."

Reckful has earlier talked about his struggles with mental health. While the cause behind his death is not known, Bernstein did as his ex-girlfriend to marry him on Twitter with a series of photos and messages. He expressed his craziness for her and how he has realised that it is his ex-girlfriend Becca that he wants to marry. His last tweet read, "ahh, i feel bad for anyone who has to deal with my insanity". And before that he had tweeted out, "I know I’ll always be a little too crazy... and this is proof... but at least you’ll never be bored will you marry me, Becca?" He also wrote, "DO NOT make her feel pressured to say yes, I am completely insane here I have not seen her in 6 months. The reason for the post is I know she’s the one I want forever, and I wanted her to know my commitment is real."

ahh, i feel bad for anyone who has to deal with my insanity

i know i’ll always be a little too crazy... and this is proof... but at least you’ll never be bored

will you marry me, becca? pic.twitter.com/Xpmz3IlRqv

Reckful's Loved Ones Have Been Pouring in Condolences. Check Tweets:

One day he saw me having insecurities about myself - and he just messaged me out of the blue to make sure I didn’t feel alone. We weren’t friends, but that didn’t stop him from reaching out when he thought I needed it.

He wanted to make sure people weren't put through what he went through.

RIP Byron 'Reckful' Bernstein you will be missed ❤️ pic.twitter.com/ZqL1pwuYHr

You see this everyday in the music industry. How can someone who is “famous” or “popular” be unhappy? Its pretty easy actually. Yes all eyes are on us for an hour but then its followed by Endless hours of being lonely

Glad to have known you, You will be missed Reckful

Reckful was one of the first OG streamers that I looked up to.

One of the first who truly interacted with his community and he taught me how to grow mine. He paved the way for all streamers going forward.

At conventions he was always so kind to everyone 💙❤️

Reckful was one of the nicest person I've met and its heartbreaking.

I hope you rest in peace Bryon

We will miss you pic.twitter.com/fPMGtHYYXq

Bernstein also wrote in one of his tweets, "I feel bad for anyone who has to deal with my insanity. Please just know in these situations the insane person does not feel in control of their actions". Becca tweeted out addressing his proposal after his death, and said "I didn't see the proposal until it was too late but that doesn't change the fact that I wasn't able to be there for him. He was amazing. He taught me how to have fun, to experience more, and challenged me to try to be more than what I was".  She further wrote about the gamer. "He was larger than life, too big for this world. He brought me to realize that I knew NOTHING about depression, NOTHING about mental health issues. I had this vague idea of what it was and embarrassingly thought that I could help with trivial bullshit."

(The above story first appeared on LatestLY on Jul 03, 2020 09:54 AM IST. For more news and updates on politics, world, sports, entertainment and lifestyle, log on to our website latestly.com).