Chinese Girl Buys a Robot to Do Her Homework and She Can Enjoy Holidays; Mother Destroys It! Ouch 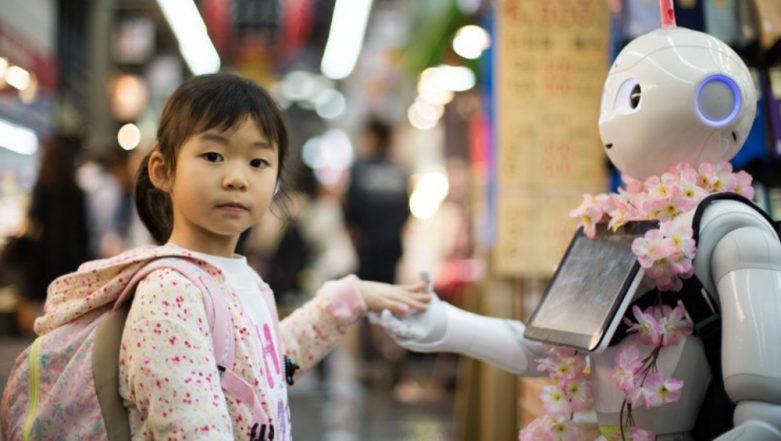 Homework can be really boring at times, and it is understandable why kids these days overly stressed. Similarly, tired of her tedious assignments, a girl in China found an efficient way—she bought a robot to get her work done so that she could enjoy her Lunar New Year holidays. Yes, she did it right. Unfortunately, the easing did not last for too long as her mother after finding out the machine, broke it to teach the child a lesson. Ouch! This has sparked debates, with some people calling her a cheater, while many sympathising with her and applauded for her smart initiative. India's First Robocop KP-BOT, A Robot With The Rank of Sub Inspector Welcomed by Kerala Police.

Most of us hated the time in school when our teachers used to ask us to copy passages or selections from textbooks dozens of times as homework. How was it beneficial at all? The South China Morning Post reported that a repetitive task is common Chinese schools as well, where the teachers would ask students to copy text like vocabulary, textbook passages or poems—not once but a hundred times. People in China are all in their celebratory mood, and it is definite for students to get bored on festivity while copying such repetitive paragraphs. Hence, the girl decided to take some help.  Robot Waiters Serve Food to Guests at This Restaurant.

Copying robot is available on many e-commerce platforms. It has a metal frame to hold the paper, with an arm where a pen can be attached. The young girl spent 800 yuan (approximately, Rs. 8,400) that she had reportedly saved from Lunar New Year presents to buy herself a robot. Her mom realised that something was possibly inappropriate seeing her daughter who was able to complete all her homework in quick hours, with neat handwriting, despite also enjoying the festivities that seemed to leave little time to get the work done. While cleaning her daughter’s room, she discovered the robot and smashed it because, “It can help you with homework, but can it help you on tests?” the mother was quoted as saying.

Social media were all in praise for the young girl. Some wished they had owned such an item when they were younger, others compared the girl’s shortcut to their own, while many appreciated her smart move. On the other hand, some even called for education reform in China allowing teachers to set challenging and creative homework rather than boring the pupils and needlessly adding burdens. Well, we agree with that set of people. The teaching methodology should soon be improved; otherwise, kids will find ways to cut corners on their copying assignments.