Did Dean Koontz's 'The Eyes of Darkness' and Sylvia Browne's 'End of Days' Predict The COVID-19 Outbreak? What's The Truth About This Pandemic? Know All About Coronavirus Conspiracy Theories 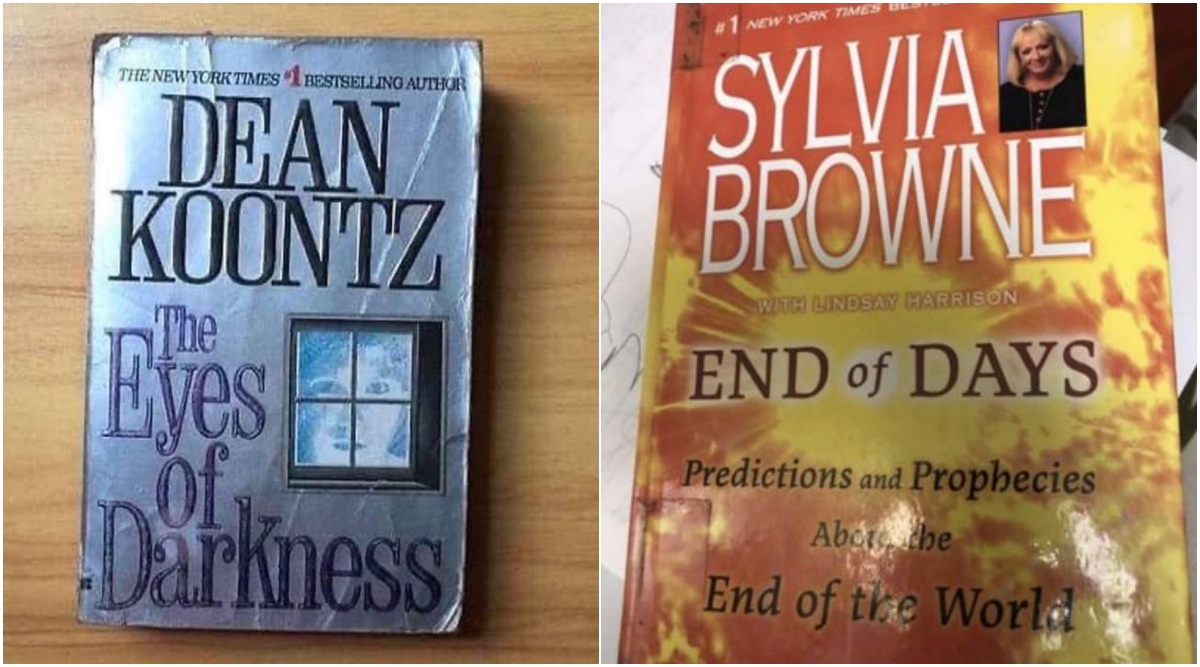 As the pandemic of Coronavirus continues to spread, the fear and panic around it continue to rise. While researchers try hard to figure out a cure against the deadly flu, a lot of other people are looking into the origins of Coronavirus. Amidst all the news updates from around the world, there are several conspiracy theories that have peaked their head out. Amidst those creating a buzz online are two books — Slyvia Browne's End of Days and Dean Koontz‘ novel The Eyes Of Darkness. Both of these books refer to the spread of an illness, although one mentions it like a pneumonia-like illness, other calls it a human-made weapon. As the discussions around these speculative fictions thicken, let us look into them with a bit more detail. Coronavirus Outbreak: Conspiracy Theories Floating on Facebook, Twitter, WhatsApp About Deadly Virus Spread.

The thriller novel The Eyes Of Darkness released in the year 1981. The book mentions the creation of a bioweapon and it's named "Wuhan 400". The mention of Wuhan does seem eerie because that is happens to be the epicentre of this disease in China. Wuhan-400 is described as a manmade bioweapon with a 100% mortality rate. It also mentions that Wuhan-400 has an extremely quick incubation period of about four hours. COVID-19 Pandemic 'Prediction' from Dean Koontz 1981 Book 'The Eyes of Darkness' Along with Psychic Sylvia Browne's 'End of Days' Paragraph Are Going Viral as Conspiracy Theories.

Here's a Pic of The Book:

#COVID2019 In 1981 Dean Koontz published his fiction book The eye of darkness and it talks about a virus created in Chinese military lab in Wuhan!

he named the virus Wuhan-400 which can be used as biological weapon and the virus will spread in 2020. Coincidence? Hmmm 🤔🤔

The book End of Days released in the year 2008. The book was about Predictions and Prophecies about the End of the World. A topic that has always found keen interest from reads, became a buzz recently with the reference of something extremely similar to Coronavirus. The year 2020 also happens to be the exact same when COVID-19 is spreading around the world. It states, "a severe pneumonia-like illness will spread throughout the globe, attacking the lungs and the bronchial tubes and resisting all known treatments. (sic)." It also mentions that the disease will disappear as quickly as it appeared but it would return. This theory caught attention of even Kim Kardashian recently.

Here's a Pic of The Book:

What?? Sylvia Browne’s book “End of Days” predicted the spread of Coronavirus #COVID19 in 2020 around the globe 🌎 pic.twitter.com/Nvo0hLNQcy

Major Differences Between The Two

The major difference happens to be the cause and effect of the disease stated. Koontz' calls it a manmade bioweapon, but gets it eerily right placing it at Wuhan. Meanwhile, Sylvia Browne is a psychic who restates a pneumonia-like disease. The symptoms she has stated are "attacking the lungs and the bronchial tubes" which is exactly what pneumonia is.

Comparing both the "predictions" to the current situation of Coronavirus, the mortality rate is barely 2 to 3%. It is not a manmade disease or a "bioweapon" created by China as some continue to believe. Besides, the works on finding a definite cure are still on and people have recovered well from it. The incubation period is 14 days. And coronavirus has not vanished as quickly as it arrived. The disease has been spreading from December 2019 since its detection in China.

Concluding these theories, people love reading predictive fiction and mysteries. Often vague predictions made years ago are recalled in situations like these, to create more buzz or fear around them. End of the world has by far been the most predicted things by authors, psychics and soothsayers from around the world. It plays well with the human mind when fear is instilled.