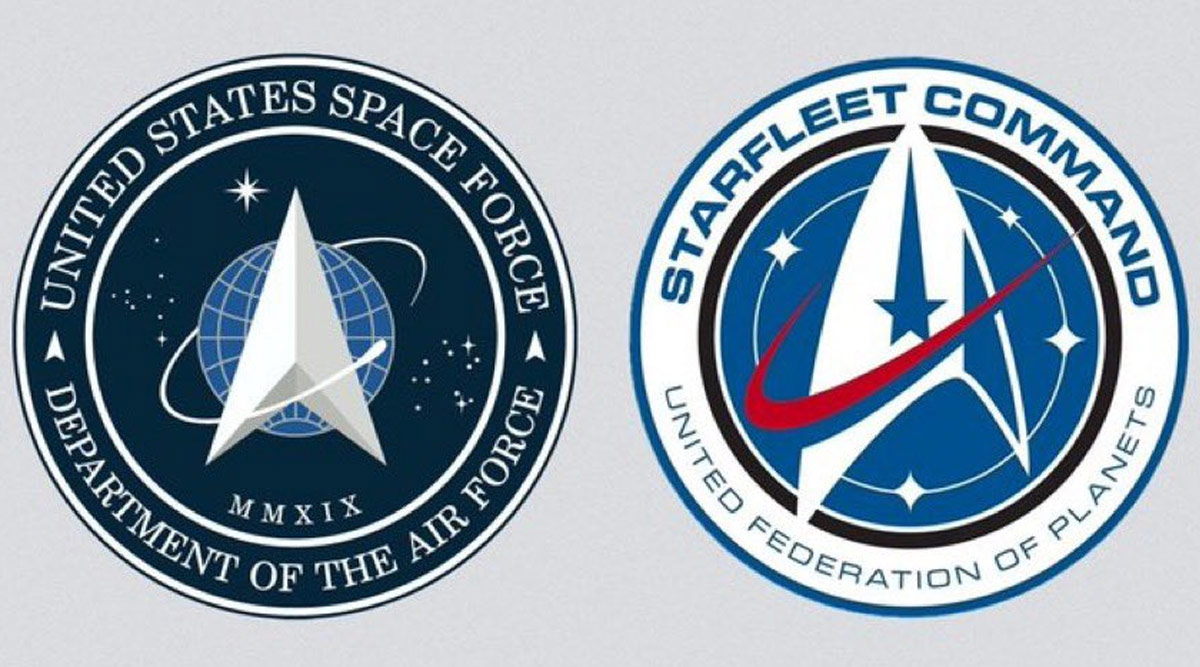 United States President Donald Trump has unveiled the new logo for the Space Force. However, internet users believe that shares an uncanny resemblance with Star Trek's Starfleet Command logo. As soon as the tweet was posted Star Trek fans were quick to point out about the likeness of both the logos. POTUS tweeted the photo of the logo that bears the date 2019 in Roman numerals, with the caption, "After consultation with our Great Military Leaders, designers, and others, I am pleased to present the new logo for the United States Space Force, the Sixth Branch of our Magnificent Military!"

Eagle-eyed Star Trek fans highlighted how the arrow, the swirl around the arrow, the star background and text placement looks almost the same in both the logos. However, some came in support of Trump and said that it was indeed based on the US Air Force. Donald Trump Shares Photoshopped Image of Barack Obama Spying on Him, Gets Slammed on Twitter.

After consultation with our Great Military Leaders, designers, and others, I am pleased to present the new logo for the United States Space Force, the Sixth Branch of our Magnificent Military! pic.twitter.com/TC8pT4yHFT

That literally looks like the United Federation of Planets logo with a Star Trek communicator badge on top of it. pic.twitter.com/5Bwv8vuqs6

Trump Gets Trolled For 'Copying' Logo:

What is it with the Trump family and stealing and plagiarism?

THAT LOGO IS THE STARFLEET LOGO

In space nobody can hear you puke

Hi Mia! Also ripped off the NASA Logo (I’m a designer at NASA and noticed it right away! Check out the orbit and stars!) pic.twitter.com/Jb64urVjAS

Star Trek actor George Takei, who played Mr Sulu in the original TV series and films, tweeted about the similarity between the logos.

Ahem. We are expecting some royalties from this... https://t.co/msYcJMlqjh

In the Star Trek universe, Starfleet is the uniformed space force which is maintained by the United Federation of Planets. It is the principal branch that conducts deep-space exploration, research, defence, peacekeeping and diplomacy. Last week, social media users have erupted in laughter when it surfaced on social media that Space Force troops will wear woodland camouflage uniforms.

USSF officially launched in December 2019 after Trump signed into law the 2020 National Defense Authorization Act. Space Force is the first new military service since the Air Force which was created in 1947. It is meant mainly to improve the protection of US satellites and other space assets than to conduct combat in outer space