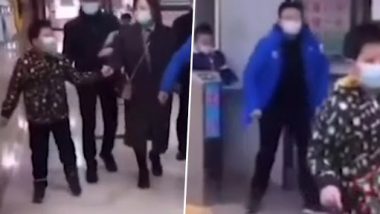 China said that it has increased the number of vaccines undergoing clinical trials to 16 from 11 to step up supplies at home and abroad. China is conducting clinical trials of 16 COVID-19 vaccines, seven of which have entered phase-III trials and one has conditionally hit the market, Wu Yuanbin, an official with the Ministry of Science and Technology, was quoted as saying by the state-run CGTN TV.

Authorities in China have issued a clarification saying that the video showing people walking like penguins is a fake video.

(The above story first appeared on LatestLY on Feb 01, 2021 09:05 PM IST. For more news and updates on politics, world, sports, entertainment and lifestyle, log on to our website latestly.com).