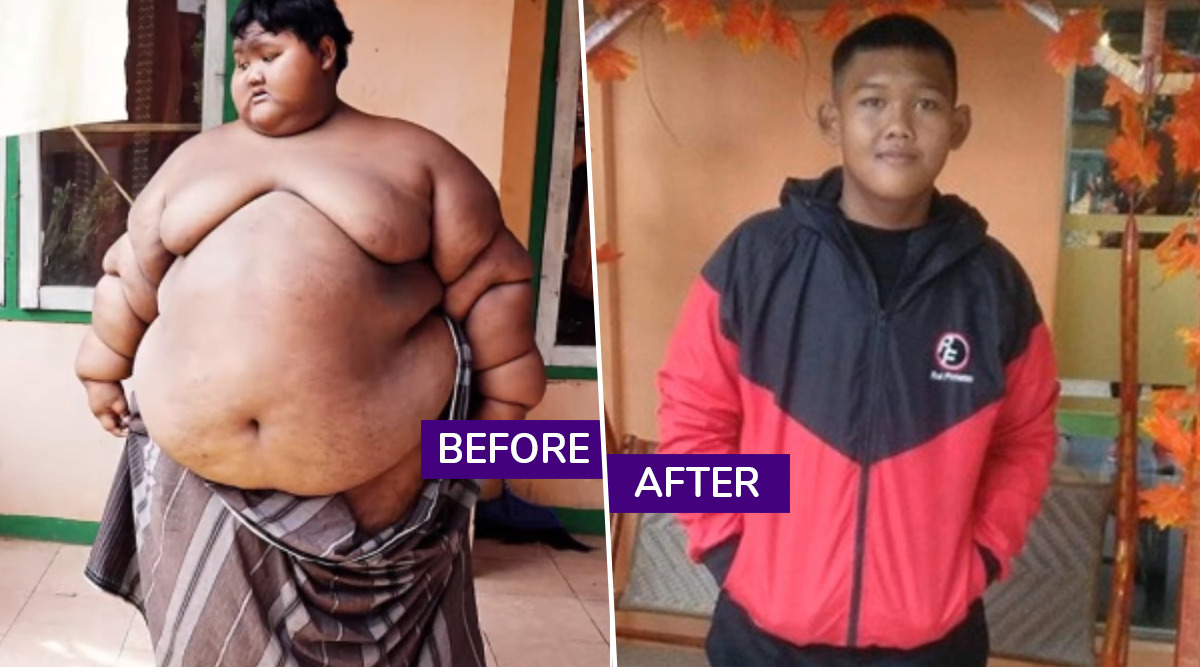 13-year-old Arya Permana from Karawang, West Java in Indonesia weighed 190kg stopping him from doing normal chores. But he is no more Indonesia's fattest kid after an amazing transformation. He lost more than half of his body weight after a gastric bypass and personal training. Arya, from Pasir Piring hamlet of Cipurwasari village in West Java faced difficulty in walking or doing anything that teenagers of his age would easily do. Rebel Wilson Shares Weight Loss Transformation, Posts a Video Doing Cross Fit Exercise.

Following the surgery, the youngster began training regularly and followed a healthy diet. He replaced sugary food with fruits and vegetables and ensured that he received good nutrition. Professional bodybuilder Ade Rai who supervises Arya is among his biggest supporters. Ade has been helping Arya in his journey since he gained the attention of the media in 2016.

Arya lost the weight after undergoing the various process. From medical procedures, check-ups, diet programmes, work-out regimes and plastic surgery. He was 193kg at the age of 13 when he began the weight loss training. Over a period of three years, he lost more than 110kgs and is still undergoing a lot of procedures. How to Use Oranges to Lose Weight This Winter (Watch Video)

Rai told Asia One, "According to Arya’s parents, initially he weighed 85kg before his appetite increased extremely. He is now losing weight without losing his spirit. This is a rare quality, especially among adults. Arya is now a symbol of hope. People now say: ‘Even Arya can lose weight, so why can’t I?'" He is expected to have another surgery to remove the excess skin.

After the transformation, Arya said, "Now I am happy, I can walk. I can play as well. I have become more agile than before. I like playing football too. I can walk 5km with my friends and every afternoon I play football with them. My favourite football club is Liverpool FC and my favourite player is Roberto Firmino. I want to play like him." He was once in the Indonesian World Records Museum for being the heaviest boy on record.