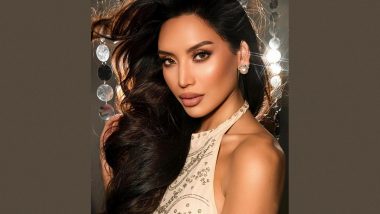 It's a great month for Pride and LGBTQ community as Kataluna Enriquez - a transgender woman -  became the newly crowned Miss Nevada USA, on Sunday. This 28-year-old stunning beauty won the Nevada pageant cementing her name in history as the first openly transgender woman to win the beauty contest. This isn't her first win in the pageant circuit. Earlier in March, Enriquez became the trailblazer in the LGBTQ community when she competed and won the Miss Silver State USA title as a transgender woman. According to the Las Vegas Review-Journal, Enriquez began competing in transgender pageants in 2016. "With pageantry, people think it is only about beauty. But it's how you present yourself, what you advocate for, what you've done and the goals you have," she told the journal.

After her win, Enriquez - who works as a healthcare admin, fashion designer, and owns a clothing line called KatalunaKouture - celebrated with an Instagram post; "Huge thank you to everyone who supported me from day one," she wrote on Monday. "My community, you are always in my heart. My win is our win. We just made history. Happy pride."

Her achievements don't stop here.  Enriquez will be the first to compete in the Miss USA pageant in November. In an interview, Enriquez told the NBC affiliate KVVU, that the road to success wasn't an easy one as she disclosed past struggles.

(The above story first appeared on LatestLY on Jul 01, 2021 02:11 PM IST. For more news and updates on politics, world, sports, entertainment and lifestyle, log on to our website latestly.com).