An online post, by an anonymous user, who claims to be Ji Soo’s classmate from Seorabeol Middle School between 2006 and 2008, noted that the actor was a ‘delinquent’ and a bully during his school years. Seeing the allegations on the headlines, fans have taken to Twitter to express disappointment in their favourite actor. 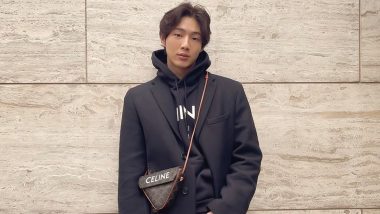 Popular South Korean drama actor, Kim Ji Soo, who is known for some of the most outstanding roles in K-movies, like Strong Girl Bong Soon, My First First Love, Moon Lovers, River Where the Moon Rises, and more, has been accused of serious allegations. According to reports, the South Korean actor faces twin charges of sexual assault and school violence by his former classmate. An online post, by an anonymous user, who claims to be Ji Soo’s classmate from Seorabeol Middle School between 2006 and 2008, noted that the actor was a ‘delinquent’ and a bully during his school years. Ji Soo was also accused of being a ‘womaniser’ and sexual perpetrator. Seeing the allegations on the headlines, fans have taken to Twitter to express disappointment in their favourite actor.

According to tabloid Soompi, Ji Soo took advantage of his big build and bullied fellow classmates using various means of physical and verbal violence. It did not only end there. The person went on alleging how Ji Soo and other delinquents in the group had made it so difficult for them to continue schooling. “My ordinary middle school life turned into horror itself,” said the user, as quoted by various media outlets. The user added that they find it repulsive that a perpetrator of school violence, bullying, and treating people in such a vicious manner, is now pretending to be kind and living off the popularity that comes with it.

After the accusatory post surfaced online, many other users, who claimed to be Ji Soo’s former high school classmates, accused him of sexual violence. Another user called the actor a “womaniser,” in his school days and alleged that he filmed himself having intercourse with a middle school student in a bathroom and shared the video with his group of bullies. The accusations came in as a shock for Ji Soo’s followers, who admires his acting skills and on-screen presence. Even though, the Korean actor took to social media to apologise; fans expressed disgust and disappointment over the actor’s alleged cruel behaviour in his school days.

River Where the Moon Rises Dropped the Actor

#RiverWheretheMoonRises has officially dropped actor #Jisoo from the drama and is currently looking for an actor who will replace him.

They still haven't decided on the details such as amount and timing of appearance. pic.twitter.com/NNQz0YWMEC

I don't know how to express my disappointment. Not just a bully but an assaulter and a sexual offender too. Kim Jisoo deserves a debut in jail now. He should have apologized way back not now just because he has been exposed.Bullying and assault can traumatize the victim for life. pic.twitter.com/X0AWnAbqGp

There Was and There Is No Excuse to His Behavior

Actor Kim Ji Soo acknowledges and apologizes for past school violence in a handwritten letter posted on his instagram. He said that there was no excuse for his misconduct and it was unforgivable behavior. He admits that he worried about his past.

Fans Want the Actor to be Accountable

Dear my favourite actor Kim Ji Soo, I hope you be responsible and accountable for your wrongdoings.. 🤧

I feel disgusted to my core reading about Ji Soo.

People disappoint & how ugh. Feeling sick to my stomach.

As of now, the makers of the Korean drama, River Where the Moon Rises, have reportedly cancelled the episode, which was supposed to air on March 4, and also officially dropped the actor, in light of Ji Soo’s school violence controversy. The actor’s agency, Keyeast Entertainment, also released a statement noting that they are seriously investigating the matter and require some more time to do their best.

(The above story first appeared on LatestLY on Mar 04, 2021 06:19 PM IST. For more news and updates on politics, world, sports, entertainment and lifestyle, log on to our website latestly.com).