Marsha P Johnson Quotes: Beautiful Sayings by American Drag Queen That Portrays Her Zeal For The Rights of LGBTQ+ Community 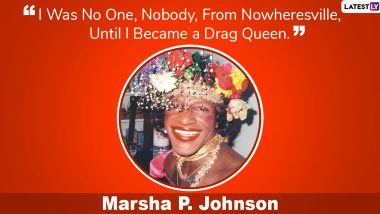 Google is celebrating Marsha P Johnson, an American gay liberation activist who was also a self-identified drag queen with a beautiful doodle. On this day in 2019, Marsha was posthumously honoured as a grand marshal of the New York City Pride March. She was a pioneer in the 1969 Stonewall Uprising and contributed immensely to normalising homosexuality at a time it was considered a mental illness in the United States. On the last day of Pride month, let's remember Marsha who played an important role in impacting black gay and trans activists with some of her popular quotes. Her sayings reflect her thoughts and the activism she believed in that played the catalyst in liberation and freedom. Marsha P. Johnson Google Doodle Celebrates The LGBTQ+ Activist During Pride Month With Colours of the Rainbow.

She legally changed her name to Marsha P. Johnson and her middle initial 'P' allegedly stood for her response to those who questioned her gender: 'Pay It No Mind'. Marsha worked towards helping the LGBTQ+ community and found ways to support the queer youth. Marsha co-founded the Street Transgender Action Revolutionaries (STAR) along with friend Sylvia Rivera. STAR provides shelter to homeless queer youth. She also co-founded the Gay Liberation Front, an organisation that advocated sexual liberation. The group was formed after the Stonewall Riots with the act being to maintain the momentum of the uprising. She was nicknamed the "Saint of Christopher Street" (where the Stonewall Inn is located) as she worked towards helping New York's LGBTQ+ community. Celebrating Marsha P. Johnson! Know Interesting Facts About The LGBTQ+ Activist As Google Doodle Honours Drag Queen To Conclude Pride Month. 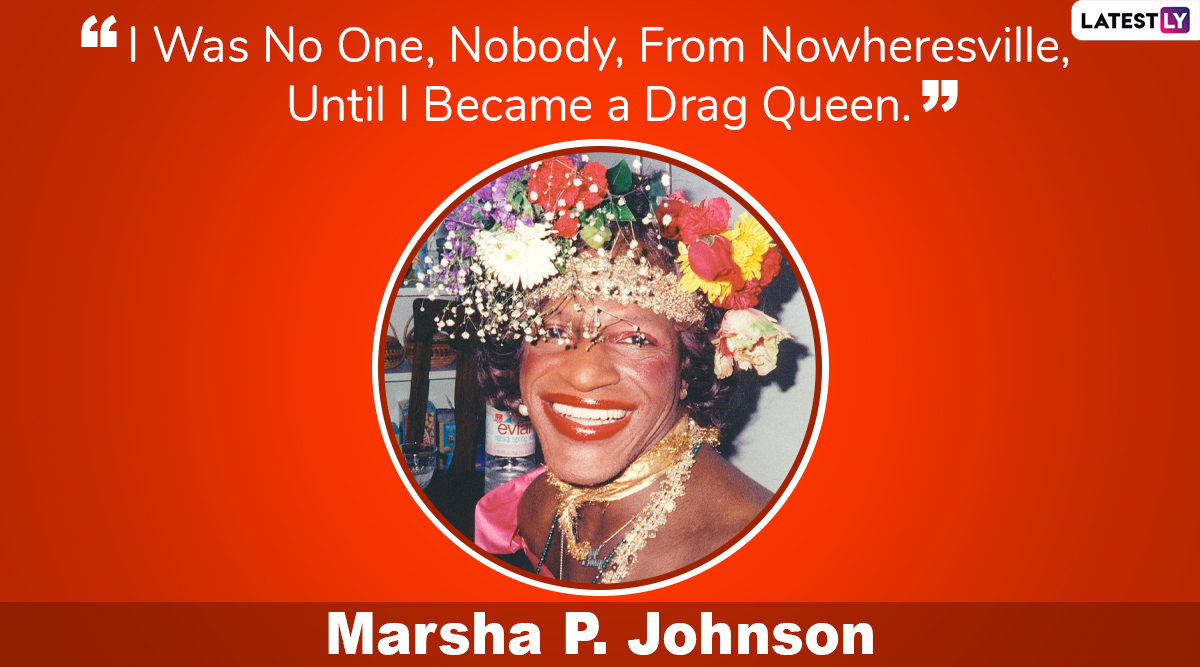 Quote Reads: “I Was No One, Nobody, From Nowheresville, Until I Became a Drag Queen.” 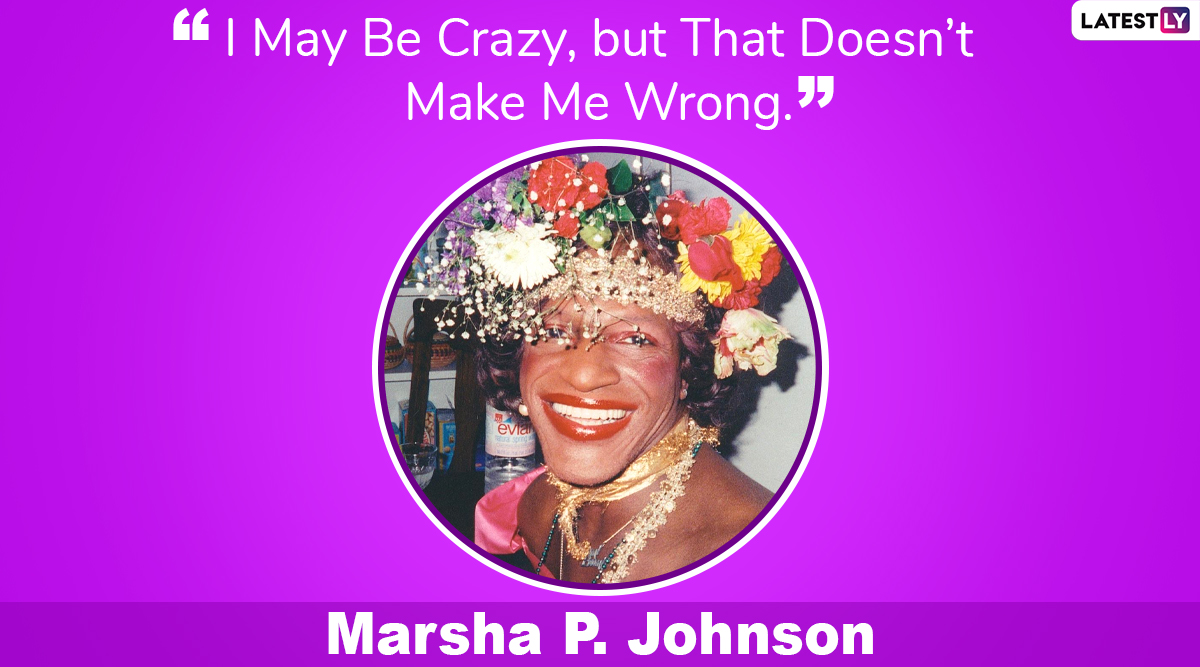 Quote Reads: “I May Be Crazy, but That Doesn’t Make Me Wrong.” 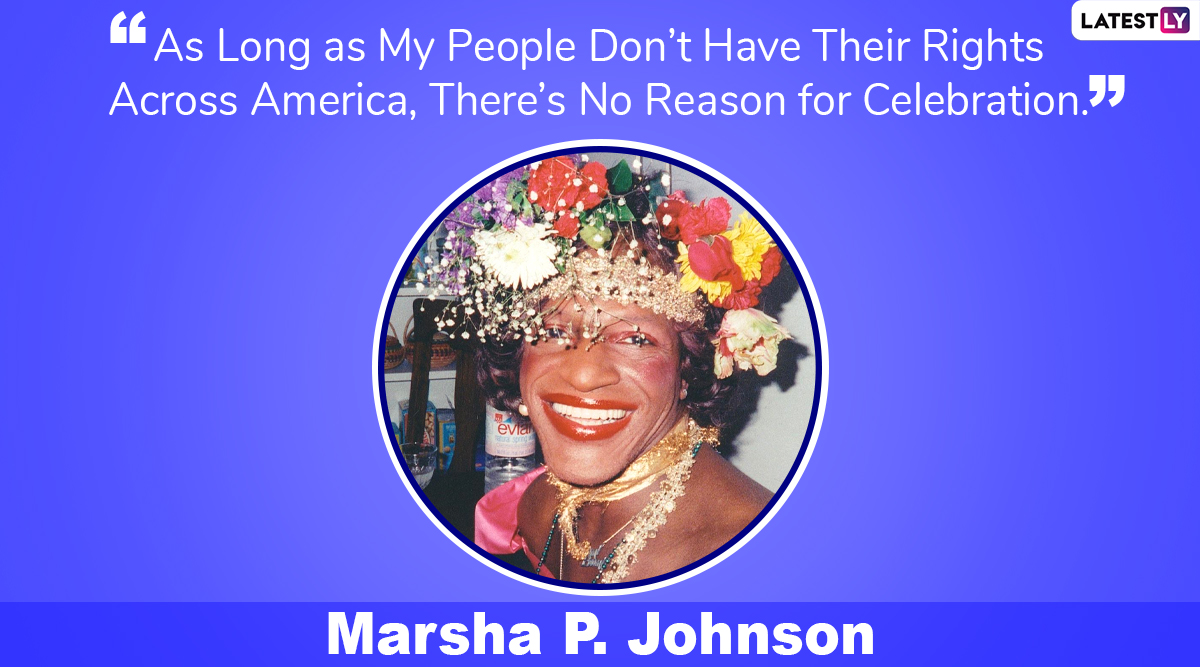 Quote Reads: “As Long as My People Don’t Have Their Rights Across America, There’s No Reason for Celebration.” 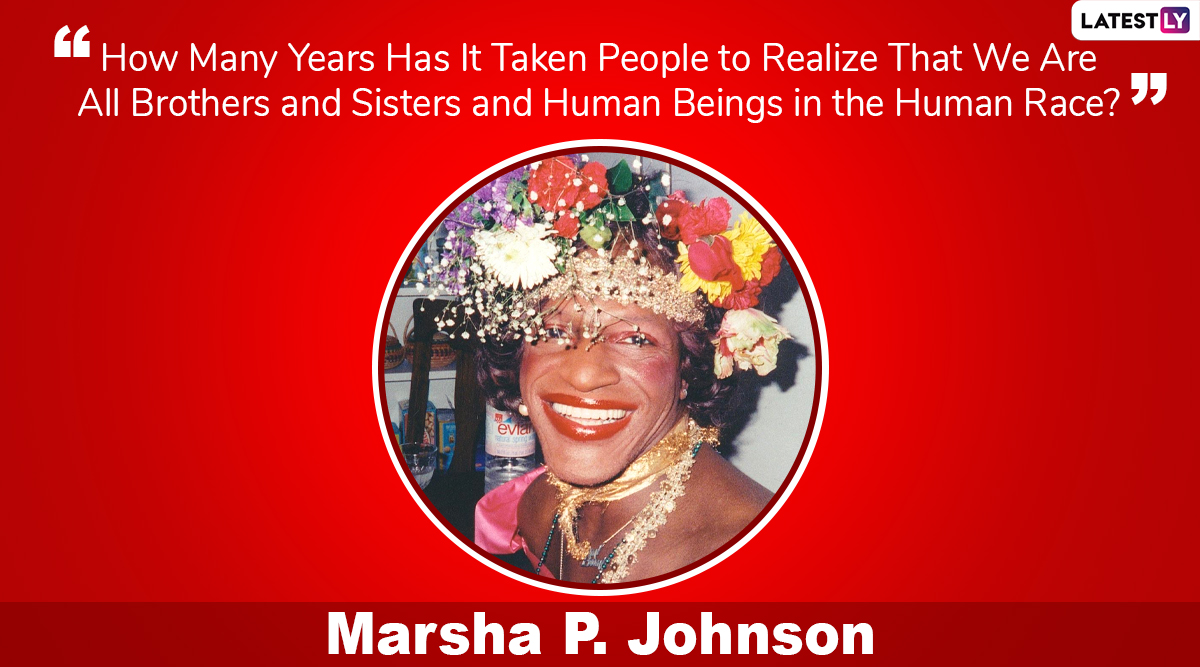 Quote Reads: “How Many Years Has It Taken People to Realize That We Are All Brothers and Sisters and Human Beings in the Human Race?” 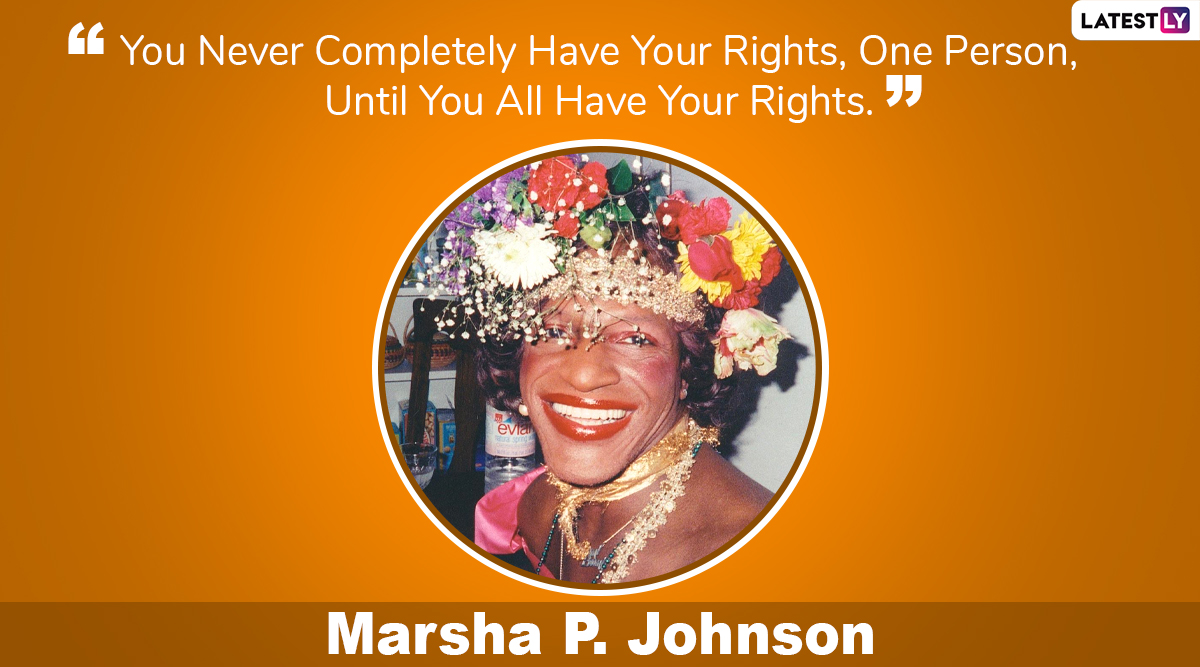 She was found dead on July 6, 1992, after she went missing. While it is believed she died by suicide, there were also theories of murder as attacks on trans people were common. This led to the case be reopened, but it was termed to be suicide. A Netflix series inspired by her life The Death and Life of Marsha P. Johnson were also made. In 2020, the Mayor of New York renamed the East River State Park in Brooklyn as The Marsha P Johnson State Park. The statue will be unveiled in her honour in 2021.

(The above story first appeared on LatestLY on Jun 30, 2020 11:59 AM IST. For more news and updates on politics, world, sports, entertainment and lifestyle, log on to our website latestly.com).