Monstrous Mother! Huge Wolf Spider Carrying All Its Babies on The Back Snapped in Australia, Creepy Pic Might Give You Nightmares 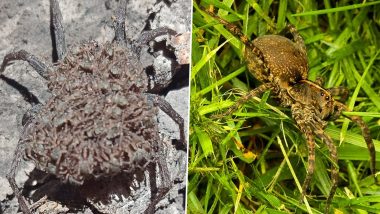 If you are an arachnophobic then this is not for you! Don't say we did not warn you. A big wolf spider was spotted in Australia's bushes carrying all its babies on its back and if even a single spider creeps you out imagine seeing more than a dozen of them together, or like a 100! All of its babies on its back looks like a shield of spiders and the picture is terrifying. Bushwalker Marlin Turquoise, spotted it in Victoria, Australia and shared the picture on a group about Australian animals. Naturally, it is going viral and people are creeped out. During Christmas, a woman in Australia had found a huge spider lurking inside her Gingerbread home.

A little about these wolf spiders, they are highly protective of their eggs and mothers especially take care of them. They are distinctly known for carrying their egg sacs around.  The egg sac, a round, silken globe, is attached to the spinnerets at the end of the abdomen, allowing the spider to carry her unborn young with her. Once the spiders are born they clamber up their mother's legs and crowd onto the dorsal side of her abdomen. The mother carries all the babies for weeks before they are large enough grow to fend for themselves. No other spiders are currently known to carry their young on their backs for any period of time. And this exact behvaiour was captured on camera and as much as maternal istinct it may show, it sparks a fear or creepiness more. Giant Spider Eats Bird! Terrifying Old Video of Avicularia Tarantula Munching a Bird Gives Netizens Chills.

Check The Pic of Spider Carrying Her Babies on Her Back: 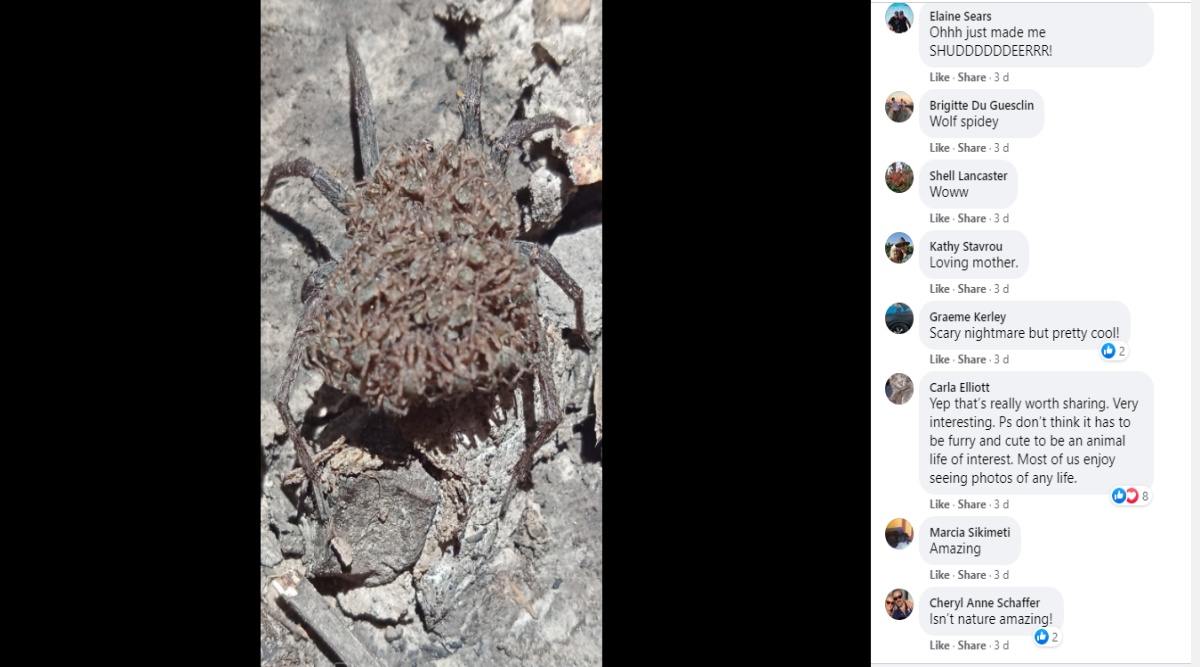 Creepy, isn't it? Even people online have found it creepy. Some praised the maternal love but more people were scared by the sight. Some of the comments read, "That is disgusting and beautiful all at once!" Another one simply shuddered at spotting such a spider again.

(The above story first appeared on LatestLY on Jan 13, 2021 02:11 PM IST. For more news and updates on politics, world, sports, entertainment and lifestyle, log on to our website latestly.com).