Raphael Samuel Sues His Parents For Bringing Him Into This World Without His Consent! Watch Video of The Anti-Natalist Man

He goes on to argue to that if a child hasn't agreed to be born and is subject to life's difficulties, no one has the right to give birth to it. 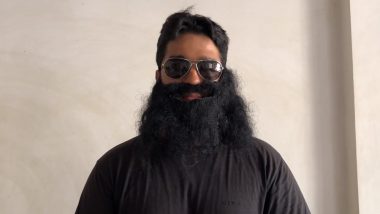 As precious as our lives would be, a new movement is taking shape called the 'anti-natalism.' It advocates for non-reproduction on the grounds that humans are a destructive force on earth. A propagator of the same, a Mumbai youth is planning to sue his parents for bringing him into the world without his consent. 27-year-old Raphael Samuel from Mumbai has no issues with his parents at all but he is totally against giving birth to an unwilling child for the sake of it. Anti-natalism: Consent of a Fetus? These People Want to Not Make Babies Because That Is Violation of the Child's Consent.

Raphael Samuel is not doing it out of any revenge for his parents but has a very cordial relationship with them. He was quoted to The Print, "I love my parents, and we have a great relationship, but they had me for their joy and their pleasure. My life has been amazing, but I don’t see why I should put another life through the rigamarole of school and finding a career, especially when they didn’t ask to exist."

Watch Video of Him Talking About Consent on Child Births

He goes on to argue to that if a child hasn't agreed to be born and is subject to life's difficulties, no one has the right to give birth to it. He also said, "Other Indian people must know that it is an option not to have children, and to ask your parents for an explanation as to why they gave birth to you." He is a child-free advocate and believes that children should not be made to suffer the hardships of life. He made a strong point that Indian kids do not owe anything to their parents.

The new philosophy of anti-natalism is gaining momentum in the country and a group of people in Bangalore campaigned about the same. Although the explanation sounds practical at a go, it still doesn't make sense about how would one take consent from an unborn child!

(The above story first appeared on LatestLY on Feb 05, 2019 08:15 PM IST. For more news and updates on politics, world, sports, entertainment and lifestyle, log on to our website latestly.com).