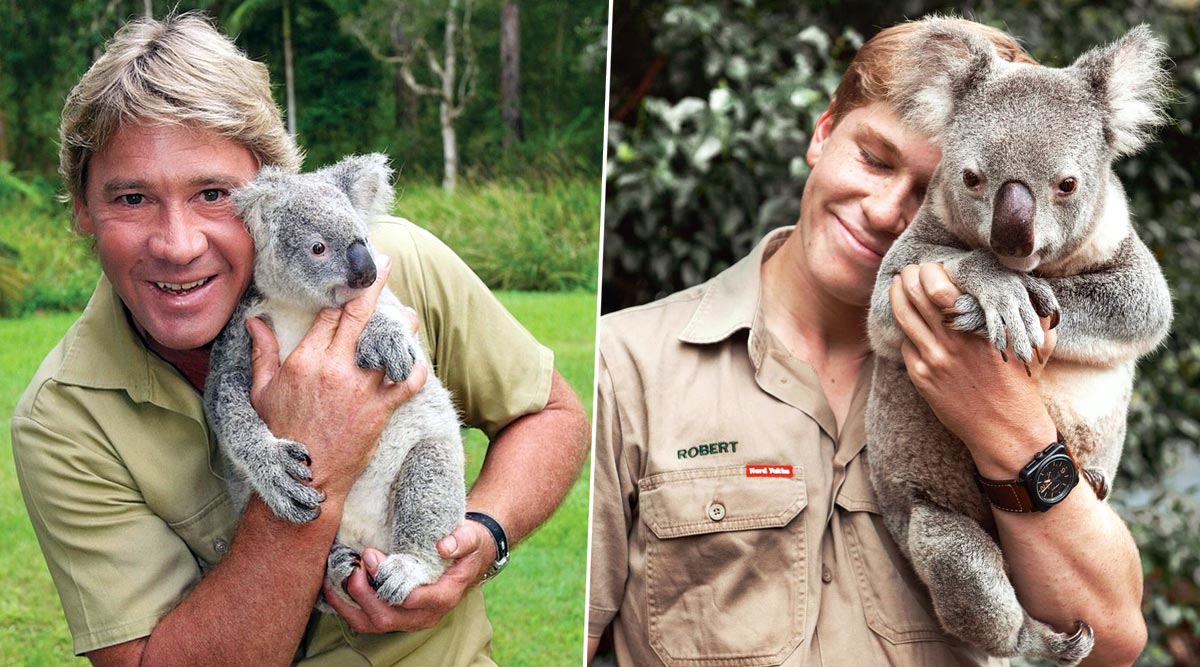 Steve Irwin fans have just got more reasons to celebrate. Steve's son Robert Irwin who is also an animal lover has recreated one of his father's iconic photograph. Following his dad's footsteps, he clicked a picture with a koala recreating his dad's iconic picture. After Robert posted the photo on Instagram fans were quick to notice the similarity between the photos clicked 20 years apart. Steve Irwin’s Kids Continue His Legacy by Saving More Than 90000 Animals, Many Are Victims of Destructive Australia Bushfires (View Pics)

Robert is seen cuddling a koala at the Australian Zoo which was founded by his grandparents in the 1970s. He is seen wearing a khaki coloured shirt just like his father in the iconic photo. The photo of Steve holding a koala in his arms was clicked in 2000. The recent photo of Robert has received over two lakh likes on Instagram. Australia Zoo had shared Steve Irwin's original image in January talking about the effect of Australia's bushfire crisis on the country's wildlife. Steven Irwin had contributed quite a lot towards wildlife by opening the Australian zoo wildlife hospital for the survivor animals in the bushfire.

Robert had then told reporters that his father was quite attached to the wildlife. The family was absolutely heartbroken at the situation of animals in the country. Terri Irwin, the wife of late Steve Irwin had explained to reporters why the fires had such a terrible impact on the country's koala population. She said that the first instinct of koalas during a fire is to go up the tree but in this case, it acted against them. And eucalyptus tree has a lot of oil in it making it easy for the tree to burn.