Steve Irwin’s Kids Continue His Legacy by Saving More Than 90000 Animals, Many Are Victims of Destructive Australia Bushfires (View Pics) 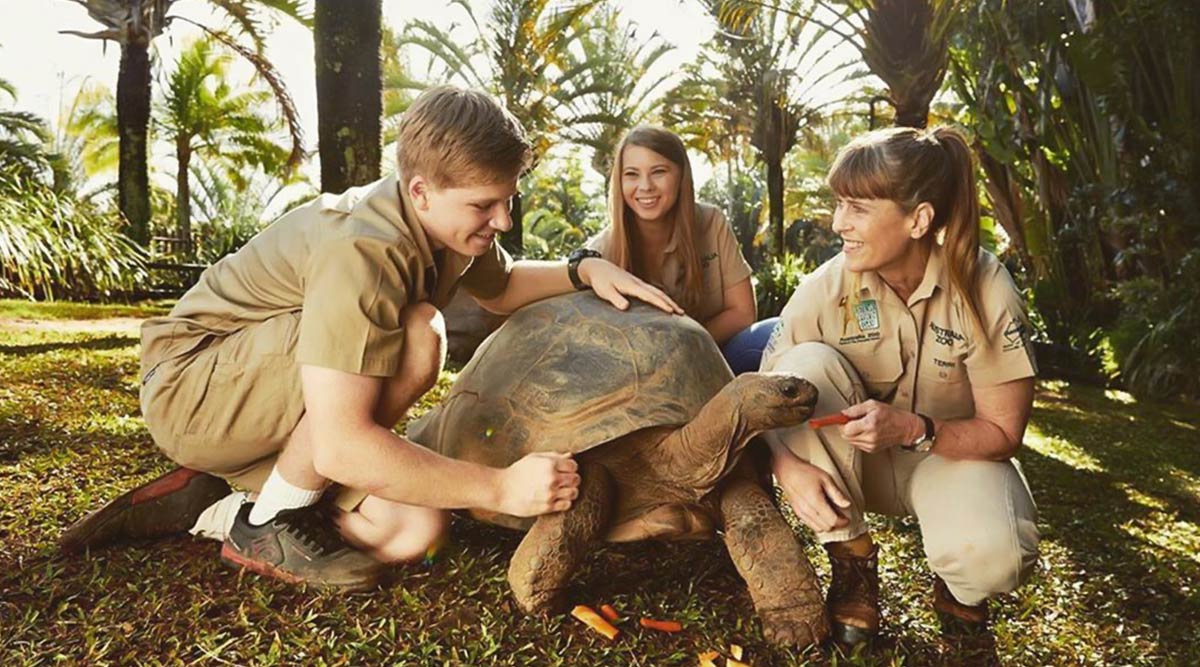 The late wildlife conservationist, Steve Irwin would have been satisfied today. His family announced through an Instagram post that they saved more than 90,000 animals in Australia, as the devastating bushfires continue to ravage the country and destroy its animals and nature. The family runs a wildlife hospital at the Australia Zoo in Queensland, and the vets treated over 90,000 patients including foxes and bats, many are victims of the fires. Steve Irwin’s daughter, Bindi Irwin, however, noted that the number of patients is rising due to the flames and the veterinarian team is working round the clock to save as many animals as they can. Here’s How You Can Donate and Help Those Affected by Destructive Australian Wildfires.

In an Instagram post, Irwin wrote, “With so many devastating fires within Australia, my heart breaks for the people and wildlife who have lost so much.” She further added, “Our Wildlife Hospital is busier than ever though, having officially treated over 90,000 patients. My parents dedicated our Australia Zoo Wildlife Hospital to my beautiful grandmother. We will continue to honour her by being Wildlife Warriors and saving as many lives as we can.” Steve Irwin's Son Robert Recreates 15-Year-Old Memory of The Crocodile Hunter and People Can't Stop Their Happy Tears.

With so many devastating fires within Australia, my heart breaks for the people and wildlife who have lost so much. I wanted to let you know that we are SAFE. There are no fires near us @AustraliaZoo or our conservation properties. Our Wildlife Hospital is busier than ever though, having officially treated over 90,000 patients. My parents dedicated our Australia Zoo Wildlife Hospital to my beautiful grandmother. We will continue to honour her by being Wildlife Warriors and saving as many lives as we can. 💙🙏🏼

The Irwin family’s patients included, ‘Blossom the Possum,” which was admitted at the hospital after it was rescued from the bushfires. However, Blossom could not be saved, despite efforts from the hospital’s veterinarian team. Australian Bushfires: These Kangaroo and Koala Rescue Pics and Videos Will Leave You in Tears.

Blossom the possum was admitted to the #AustraliaZoo Wildlife Hospital after being caught in one of the bushfires burning in other parts of Queensland. We have such an incredible team who work day and night to protect gorgeous animals like Blossom. Devastatingly this beautiful girl didn’t make it even after working so hard to save her life. I want to thank you for your kind words and support. This is the heart-wrenching truth, every day is a battle to stand up and speak for those who cannot speak for themselves. Now more than ever we need to work together to make a difference and protect our Mother Earth. For more on how you can become a Wildlife Warrior visit www.wildlifewarriors.org 💙🙏🏼

Blossom is one of the many animals who have been killed in Australia’s raging fires. Reports note that the bushfires may have killed almost a third of koalas in Australia’s New South Wales region.

Grey-Headed Bats Are Also Their Patients:

Our @AustraliaZoo Wildlife Hospital takes in animals from all over Australia. Hundreds of grey-headed flying foxes, a species listed as vulnerable, have been flown to Queensland after the rescue centre they were recovering in was at risk from fire and evacuated. Some of the orphans are now being cared for by the team at the hospital until they’re big enough to go home, and there’s no threat of fire. 🦇 In September, flying fox admissions to the hospital skyrocketed by over 750% due to drought conditions and lack of food. Flying foxes are now being drastically affected by wildfires and we’re again seeing an influx of these beautiful animals from across the country. This week, we treated our 90,000th patient. To cope with so many animals being admitted to the hospital, in 2019 we opened a sea turtle rehabilitation centre, sea snake ward and are about to complete a new bird recovery area, but it’s still not enough to keep up. We need to build a new ward for our patients. Wildlife Warriors from around the world are asking how they can help us save native wildlife, you can donate on our website www.wildlifewarriors.org , or support our fundraiser to start construction of our newest ward by visiting the link in my bio! 💚

The bushfires have been burning out of control. Australian authorities speculate that the fire is not going to end any sooner and that it might stay longer, creating more destruction. At least 24 people have died in the wildfires and at NSW region alone, above 1,300 houses were destroyed. The firefighters are battling hard to rescue as many as they can and take them safely to the evacuation centres.