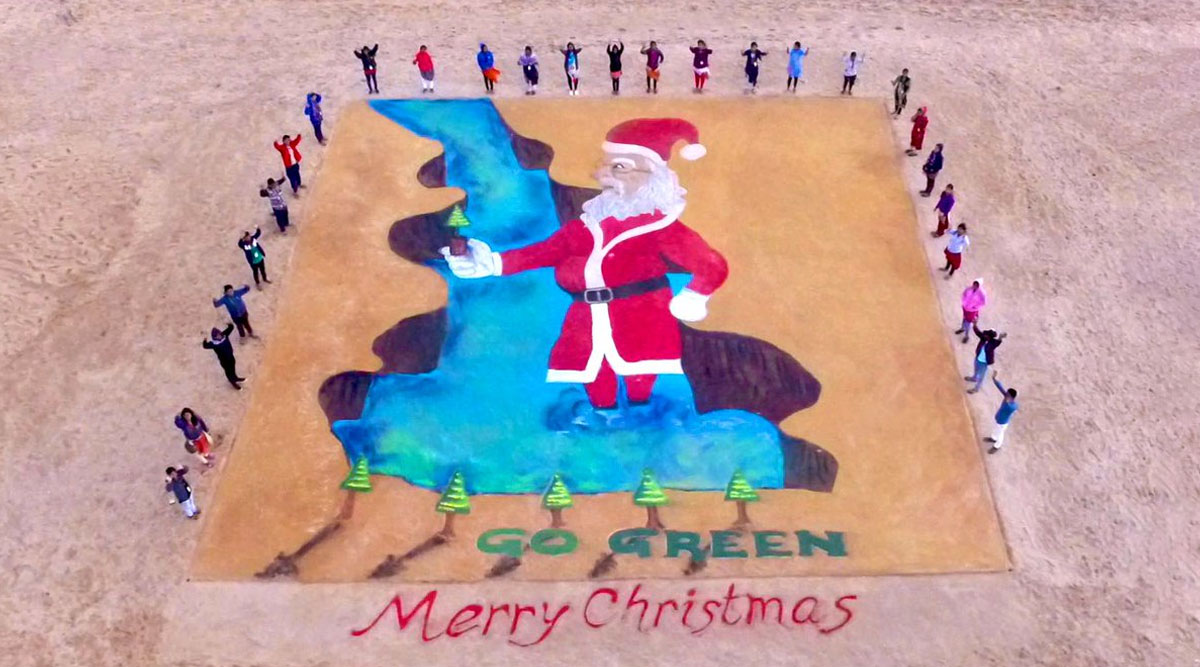 Renowned sand artist Sudarsan Pattnaik who makes beautiful pieces of art for most celebratory occasions, decided to attempt for a world record for to mark Christmas 2019. He made a 2500-square ft sand art of 3D Santa Claus on Odisha's Puri beach. Pictures and videos of his creation have been shared on social media. Among all the beautiful wishes and messages of Merry Christmas, pictures of Pattnaik's sand art are also shared online. In this artwork, he also gave an important message of "Go Green."

Sudarsan Pattnaik recently received the Italian Golden Sand Art Award 2019. He became the first Indian sand artist to receive this award for his contribution to sand art. Here he had created a ten feet high sand sculpture of Mahatma Gandhi with Russian artist Pavel Minilkov. For all the other festivals, achievements or birthdays, he has created wonderful pieces time and again. His work has also been recognised with a Padma Shri award. For Christmas 2019, he attempted a world record by making a 3D sand art. He depicted Santa Claus holding a small Christmas tree in his sand, standing amidst some water and few other pine trees on the side.

Check Video of His Wonderful Creation:

I have attempted for another World Record by creating largest 3D Sand Santa Claus in 2500 sq ft area at Puri beach of Odisha with message "Go Green ". #MerryChristmas pic.twitter.com/F7bdrFLp8R

Isn't it beautiful? Back in 2017, with the help of his 45 students, he made the tallest sand sculpture to promote World Peace. This creation made over a period of 9 days gave him a name in the Guinness World Record for building the world’s tallest sandcastle which was about 48 feet and 8 inches tall!