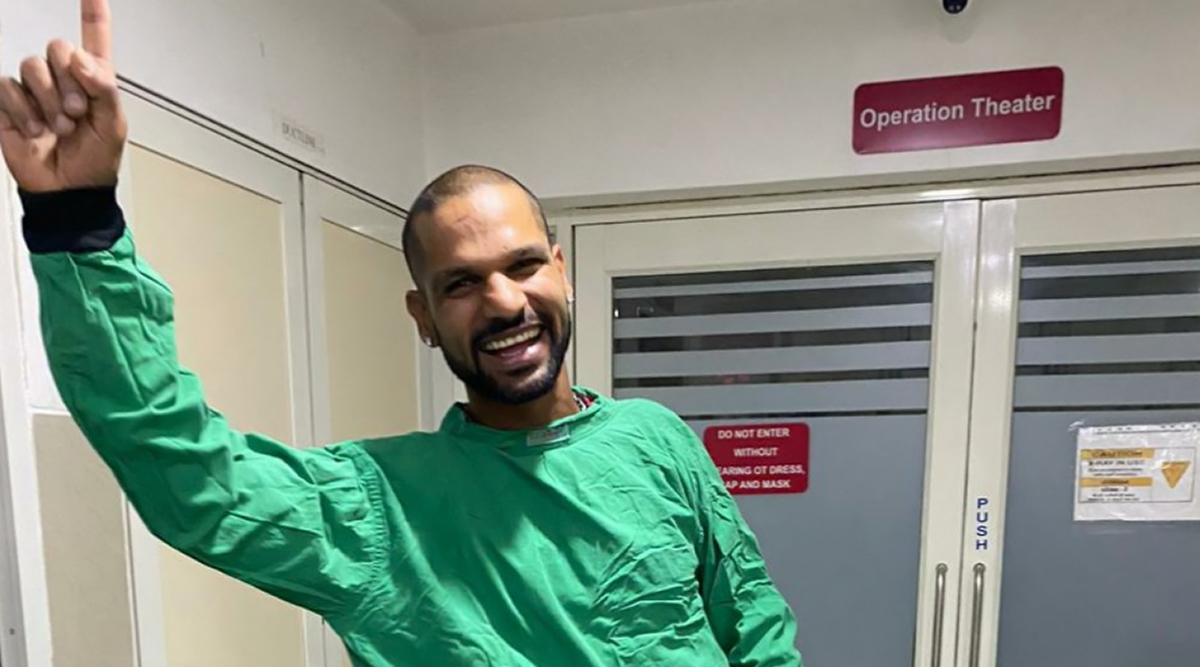 India’s dashing opener Shikhar Dhawan rings his 34th birthday on Thursday (November 5). Hailing from Delhi, the southpaw is known for his aggressive batting style and is an integral part of the national side in white-ball cricket. Dhawan’s capability with the bat needs no explanation as his numbers speak for himself. However, along with being a spectacular batsman, the cricketer also has a flamboyant personality and never leaves any opportunity to entertain his fans both on and off the field. His iconic thigh-slap celebration is loved by many of his followers and many of his Instagram posts have also tickled the funny bones of many cricketers. Happy Birthday Shikhar Dhawan: 7 Lesser-Known Things About Gabbar as he Turns 34.

The left-handed batsman is an active Instagram user and is often posting pictures and videos on the social media website. Dhawan has 5.3 million followers on his page and the southpaw leaves no stones unturned to entertain them. On many occasions, the veteran batsman has showcased his humour with his hilarious posts. From mixing dance in exercise to mimicking Akshay Kumar, one can see a lot of different talents of the cricketer on social media. So focusing on the topic, let's look at some Instagram posts which will make you go ROFL. Shikhar Dhawan Shares Video Thanking the Crowd at Rajkot for Their Support During IND vs BAN 2nd T20I Match.

Ever Seen This Type of Exercise Before?

Life is gooood! Have a good week you all 🥳

Happiest Injured Person in the World!

Any Idea, What Dhawan is Doing?

No no he isn’t talking to me! And he’s too old to have an imaginary friend. Why so loco jattji 🤦‍♂️🤷‍♂️ @shikhardofficial

Meet the loving and caring fathers from our team @rohitsharma45 & @royalnavghan 😉

As of now Dhawan is recovering from an injury and will not be seen in action during India vs West Indies T20I series. Nevertheless, he is expected to get fit for the ODI leg of the tour and will aim to mark there. The ICC T20 World Cup 2020 is less than a year away and the southpaw will seek to put up some substantial scores and step into the mega-tournament with great form.