The People Walker: This Man Walks With People For $30 an Hour Offering Comfort During Loneliness

The Los Angeles-based entrepreneur walks with humans trying to help them with talks and a breath of fresh air. 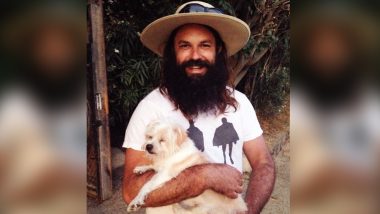 Loneliness is a significant cause of problems faced by people mostly living in the cities. Fast paced life coupled with lousy lifestyle habits often results in various physical and mental illness. Considering the fact that loneliness often derives from lack of company, Chuck McCarthy a man from Los Angeles has started a unique service called The People Walker. The Los Angeles-based entrepreneur walks with humans trying to help them with talks and a breath of fresh air.

McCarthy started the one-man operation two years ago and charged $7 a mile. He would walk with his customer around the streets near his home talking to them, listening when they want to be heard. McCarthy who is an actor, initially thought of the idea as a joke, a way to make some extra money, but it became real. With a T-shirt that reads 'The People Walker' he also does enough advertising required to attract clients. Today, he has 35 walkers and a website where people can choose walking partners and routes, reports AFP.

Just been walked by LA's first people walker, @ideasbychuck. $7 per mile. If an uber I'd give him 5 stars. pic.twitter.com/nKel8YbcH2

McCarthy told AFP, "I've walked people that are married with kids that have tons of friends. It's about convenience and it's about the location and basically having things your way."

Walking uphill is harder than walking downhill, but it's actually easier on your knees & you get a better view. #Walking #thepeoplewalker #peoplewalker #travel #fitness #italy #cinqueterre #Panorama pic.twitter.com/xLhsHvDme0

In the age of social media and smartphones, human interaction or personal connection with each other have reduced to bare minimum. With office setups being replaced with freelancers and binge-watching among top pop trends, the good old habit of going for a morning or evening walk seldom happens.

Another occupation that saw a rise in the recent past was that of a professional cuddler. These services provide cuddlers to clients who are looking for a human touch or just a good company. Cuddlers get paid $80 an hour to cuddle.

(The above story first appeared on LatestLY on May 28, 2018 12:06 PM IST. For more news and updates on politics, world, sports, entertainment and lifestyle, log on to our website latestly.com).