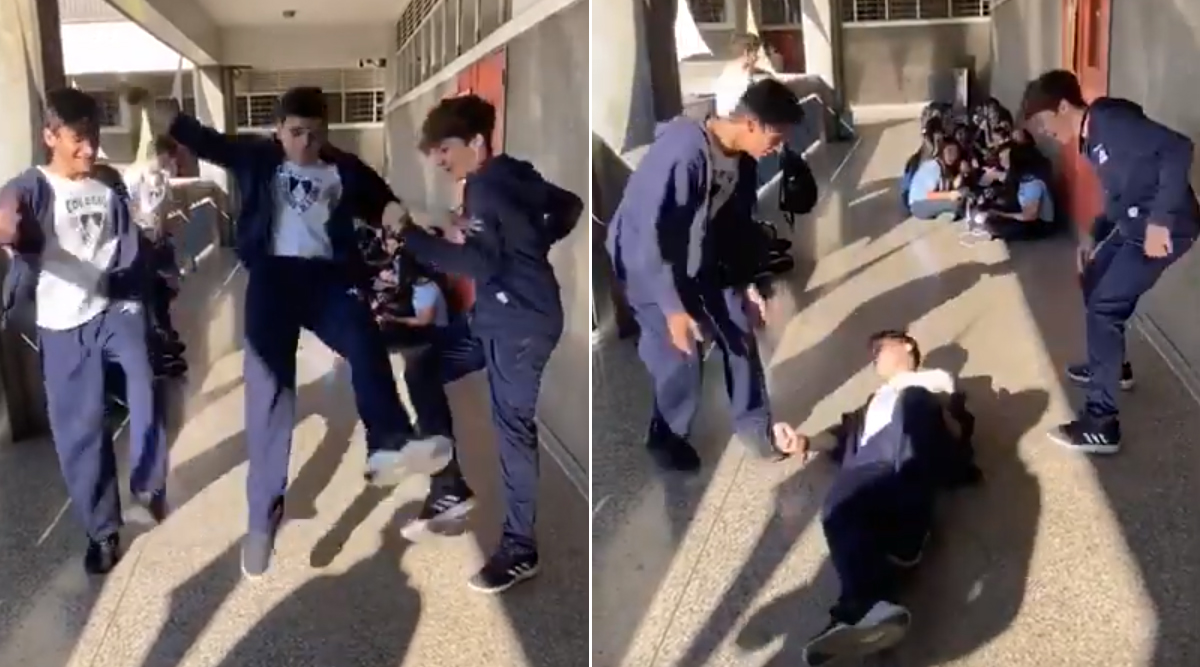 TikTok has become a great platform for entertainment these days. Making short videos to songs, dialogues, magic tricks or daily life hacks, almost all kinds of videos trend here. Other than these are the new challenges or trends that come up every few days, and not all of them are healthy or funny. The latest TikTok challenge is called the 'Skullbreaker' challenge and as the name says, it can prove fatal if not done properly. Seen in Europe and parts of South America, its more of a game, where two friends make a person fall by kicking him from the side. The third person then falls flat on the ground. After a video of three boys attempting this challenge went viral on social media, authorities have issued warnings to not try it out. Cereal Challenge Goes Viral on TikTok With Teens Eating the Breakfast Food From Each Other’s Mouth (Watch Videos).

The viral craze is called Rompcráneos in Spanish which translates to 'skullbreaker' in English. First, some schoolboys in Venezuela tried it out and it takes no time for such videos to be shared online and evolve into a trend. The challenge involves three people. With one guy in the centre and two at either sides, the idea is to trip the person in the centre by side kicking him and also doing a small leap at the same time. While the two boys at the side land on their feet, the one in the centre falls flat to the ground. But the crash can bang the person's head to the ground and cause serious injury, which could also prove fatal. The guy, in this case, was admitted to ICU!

After the video went viral on TikTok, there were reports of other boys trying it out too. As per a report in Mirror UK, a boy suffered from wrist-injury while attempting the craze. The Spanish police also tweeted out a warning to the parents and students to not try out the latest craze as it is dangerous. TikTok’s ‘Outlet Challenge’ Sparks Fire! Experts Warn Parents to Keep Teens Away From the Ill-Advised Viral Trend.

This is not the first time, such dangerous challenges have become trends on TikTok. The very recent one was using the phone’s rear camera to shoot a video by keeping the flash on, pointing it at one’s eyes and thus change the eye colour. But several users reported of blindness by trying it out. So not all challenges are healthy and one should refrain from trying them out.