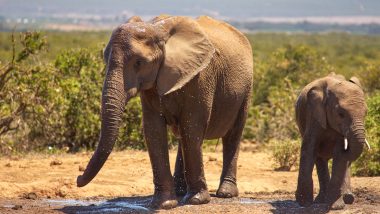 Animal abuse is increasing with each passing day. It does not only hurt animals, but affects our entire community. While on one side, several steps are being taken by activists to prevent cruelty towards animals, some individuals are subjecting them to brutality and torture. The recent news of a pregnant elephant who died in Kerala’s Palakkad district after she ate a pineapple stuffed with crackers shows yet another incident of animal abuse. She was pregnant as well. The locals who have allegedly done the act are not being arrested yet. It is heart-breaking. The incident reminds us of the times when these giant animals have come to rescue of humans in danger. In this article, we look at the past heroic instances of elephants helping human beings from danger. Their stories of bravery may inspire some to become a better person. HORRIFYING! Pregnant Elephant's Death After Being Fed Pineapple Filled With Crackers In Kerala Is New Low For Humanity, Furious Netizens Demand Justice For The 'Mother and Baby'.

Ning Nong the Elephant Who Saved Young Girl From Tsunami

The tale of a young British girl’s incredible escape from the storm-lashed beach of Phuket in Thailand has shocked many. The girl, Amber Owen, was only four-year-old at the time and was in Thailand on holiday in 2004. She rode an elephant named Ning Nong, as part of her tourist experience. Amber had no idea what was happening, but Ning Nong did. With the little girl on his back, the elephant fought against the approaching current before hiding behind a stone wall and avoiding the dangerous waves. “He saved my life,” Amber was quoted in reports. Ning Nong’s heroism was adapted into a play called Running Wild.

Elephant Protects Girl From Others in Herd

Last year, a four-year-old girl was reportedly protected by elephant from others in the herd, in West Bengal. The family was returning to Lataguri after offering puja at a temple inside Garumara forest. The family of three were in a scooter, and all of them fell on the road after the girl’s father immediately stopped the two-wheeler seeing a herd of elephants crossing the road. One of the jumbos came forward and stood still keeping the girl in the space between its legs, to protect her, while other members of the group continued their journey. Horrific Animal Abuse! Pregnant Elephant Dies After Being Fed Pineapple Filled With Firecrackers in Kerala's Malappuram District.

At a wildlife sanctuary in Chiang Mai, Thailand, a baby elephant named Khal La leapt into action when her own caretaker was in trouble. Seeing the man floating down the river and struggling to reach the shore, the little jumbo quickly dived in, caught up to her caretaker and guided the owner to dry land.

Elephants are some of the most emotionally complex animals on the planet. They are intelligent, adorable and quickly bond with humans. Sure they are big, but with all that size comes an enormous heart. We must respect them and their space. If we cannot be kind towards animals, it is fine, but we have no right to put their lives in danger under any circumstances. It is time; we must learn lessons from animals and put an end to cruelty.

(The above story first appeared on LatestLY on Jun 03, 2020 01:40 PM IST. For more news and updates on politics, world, sports, entertainment and lifestyle, log on to our website latestly.com).