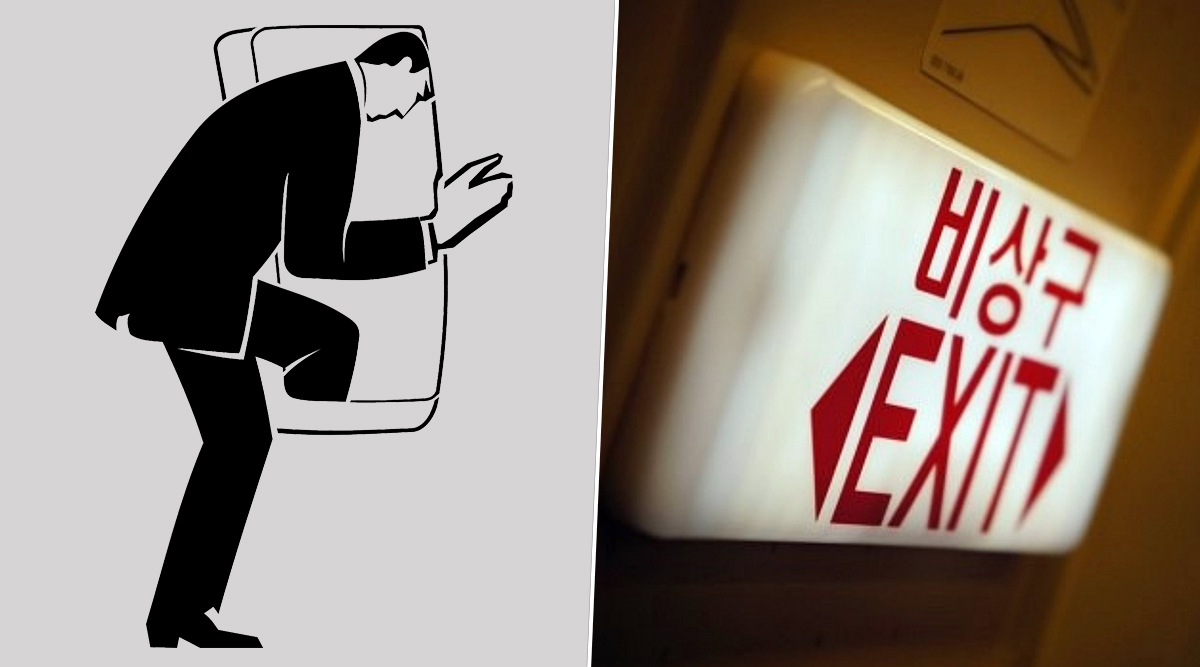 In a shocking incident, a woman flying on Xiamen Airlines flight 8215 tried to open the emergency exit door of the plane as the cabin was "too stuffy". The traveller said that she wanted "fresh air" while the aircraft was on the tarmac. The incident happened on Monday at Wuhan Tianhe International Airport in the capital of Central China's Hubei Province. The onboard staff said that the incident happened towards the end of boarding. The plane was bound to the city of Lanzhou, capital of China's north-western province of Gansu. Video of the incident has now gone viral on social media and has been viewed more than 18 million times. However, this is not the first time a passenger tried to open the door of an aircraft. As the incident continues to shock readers, we compiled a list of similar incidents which gave people onboard the shock of their lives. Passenger Attempts Opening Cockpit in Mumbai-Kolkata IndiGo Flight, Gets Offloaded.

Flight attendants said that they had warned the woman and those sitting next to her to not touch the lever on the emergency door. Following which the airport police arrested the woman. Locals media reported that the incident resulted in a one-hour delay. After the emergency door was shut, the second round of safety inspections was carried out.

Here Is The Video Of The Incident:

Wuhan airport police have not yet released the name or age of the passenger. It is not sure if she faces a travel ban in the future. The plane was bound to the city of Lanzhou, capital of China's north-western province of Gansu.

A woman on Pakistan International Airlines (PIA) opened the emergency exit door thinking it was the toilet earlier this year. The incident happened when the plane was on Islamabad-bound PK-702 flight on the Manchester Airport runway. The incident caused several hours of delay as the aircraft's air chute bag opened and 37 passengers had to be deboarded.

Man Tries to Open Plane Door Thinking It Was The Toilet

A first-time flyer sparked panic on a plane in 2018 after he tried to open the plane door thinking it was the toilet. The incident happened on a GoAir flight from New Delhi to Patna in India. He said that "urgently" needed the bathroom and mistook the plane entry door for the toilet. Flight staff had to wrestle with him and ordered him to remain in his seat. He was escorted by the police on landing and on interrogation he admitted that it was a "mistake".

A woman on United Express Flight 5449 from San Francisco to Boise, Idaho tried to open the aircraft cabin door mid-air. Fellow passengers and the cabin crew had to intervene as she screamed 'I am God, I am God' and tried opening the plane's cabin door. The woman was brought under control and the plane landed safely.

There have been many such similar incidents when cabin crew faced tough time handling passengers.  In 2017, a man on board American Airlines flight tried to open the exit door while the plane to land in Minnesota. In May 2017, an Air Canada Flight was forced to make an emergency landing when an aggressive passenger allegedly began harassing flight crew and attempted to open the cabin door.