Ranbir Kapoor and Alia Bhatt are all set to expand their family. The couple shared on social media today that they all are set to welcome their little bundle of love.

Ranbir Kapoor and Alia Bhatt are all set to embrace parenthood. The couple shared the news that they are expecting their first child together. Ever since then the parents-to-be are showered with congratulatory messages. Ranbir’s sister Riddhima Kapoor Sahni too shared an adorable Insta post wishing the couple in which she mentioned, “My babies are having a baby. I love you both so much”. Alia Bhatt Pregnant! Actress Shares Photo With Ranbir Kapoor Saying 'Our Baby Coming Soon'. 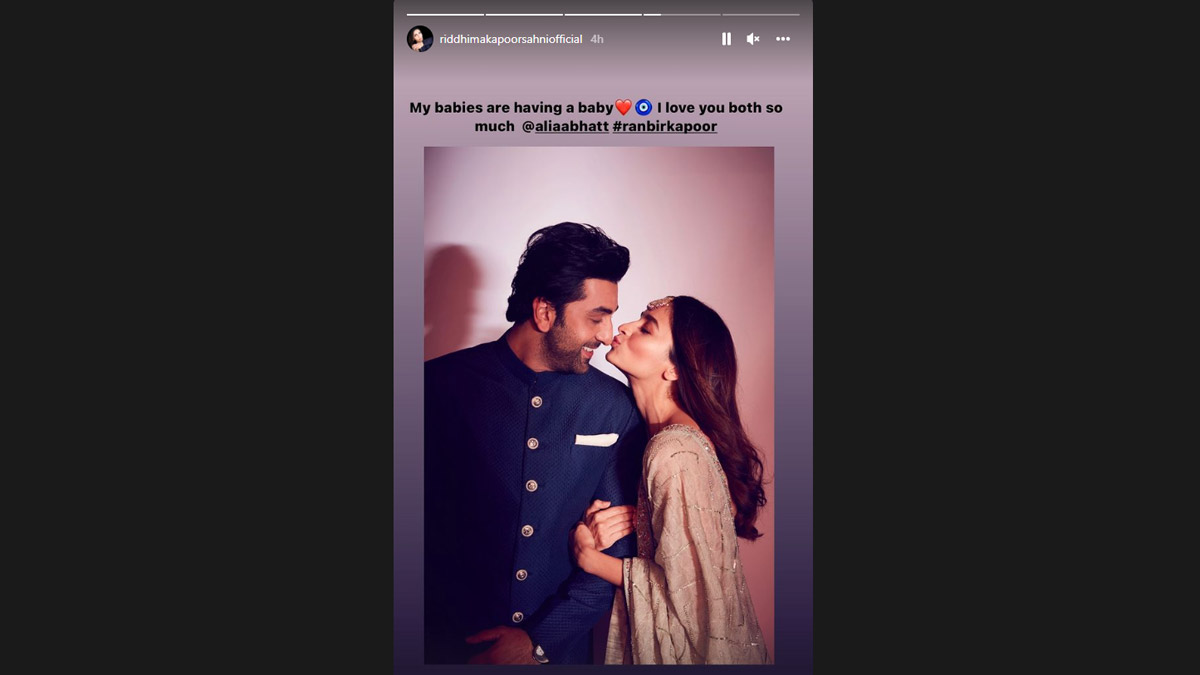