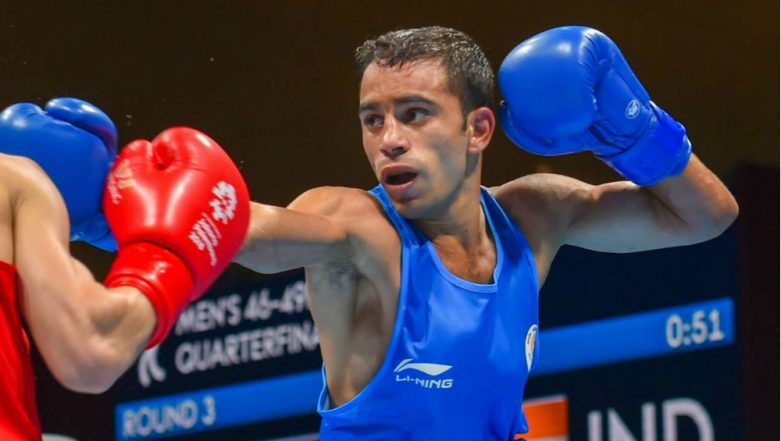 On the 14th day of Asian Games, India’s Amit Panghal helped India add another Gold Medal to its tally as he beat his opponent comprehensively in Boxing event. In the first round, Amit showed a promising start standing toe-to-toe the former Olympic champion, who also happens to be a World Champion in the same category. It was during the break time that the Hasanboy was seen a little nervous in his corner. Asian Games Medal Tally 2018 Updated: Amit Panghal Wins Gold, Takes India's Medal Tally to 66 in Current Table and Country-Wise Medal Standings.

The Haryana pugilist was expected to face an extremely difficult task in the final as he was up against reigning Olympic champion Hasanboy Dusmatov of Uzbekistan, but it turned out to be too easy for Indian boxer in the end.