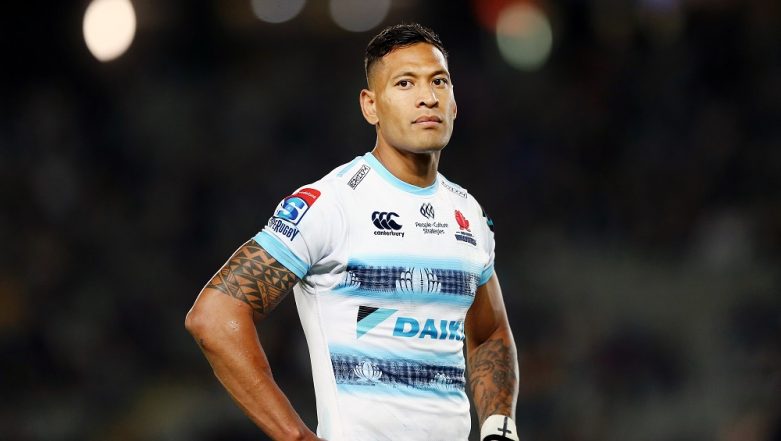 Sydney, May 17: Rugby Australia has decided to stand down Israel Folau from the national team after a religious message he posted online regarding homosexuals was deemed to be in breach of the players' code. The governing body revealed on Friday that they would be terminating the 30-year-old's 2.7 million US dollar contract although he has 72 hours to appeal the decision, Xinhua news agency reports.

"Rugby Australia did not choose to be in this situation, but Rugby Australia's position remains that Israel, through his actions, left us with no choice but to pursue the course of action resulting in today's outcome," Rugby Australia chief executive Raelene Castle said. 'Empire' Actor Jussie Smollett Assaulted In Chicago in An Attack Motivated By Racism and Homophobia!

Folau's original post asserted that 'sinners', including homosexuals, would go to hell for their deeds, drawing harsh criticism from some and support from others on grounds of religious freedom.

"People need to feel safe and welcomed in the game, regardless of their race, background or sexuality," Castle said. Folau has played 73 test matches for Australia's national side, the Wallabies, and his professional sporting career now hangs in serious doubt.